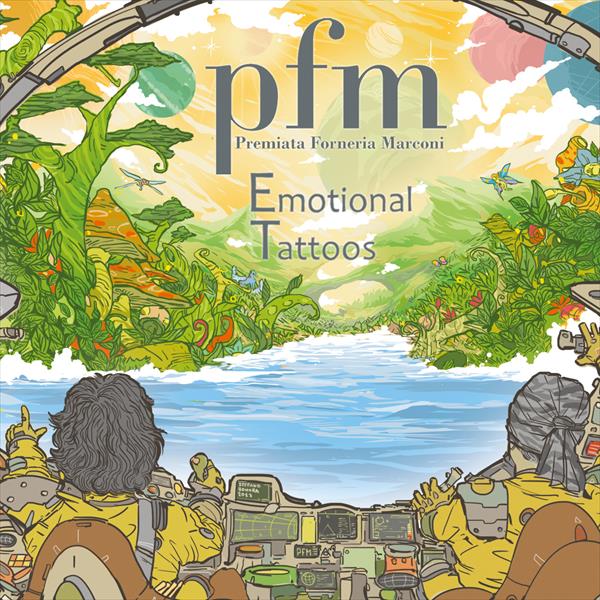 PFM, the long established Italian band, whose emergence in the seventies riding the formidable wave of progressive rock acts, release a new album that sees them going not quite back to their roots but fitting into a more contemporary progressive rock vein.

To their credit, PFM (or to use their Sunday name, Premiata Forneria Marconi) have maintained an ongoing presence well into the 21st century while many of their contemporaries have fallen by the wayside, passed away or simply become shadows of their former selves. They may have peaked with 1973’s Photos Of Ghosts (a year, or era, when many of their peers in prog or hard rock found a similar creative apogee), yet still provide a bout of relevance in the much changed rock world of 2017.

While their recent work has seen them treading a different path (2006’s States Of Imagination, a collection of sound and images in movie form and the classical nod in 2013’s Mozart To Celebration) they are now back on track with something towards their classic trademark sound geared up for the 21st century. At the core, the duo of drummer/lead vocalist Franz Di Cioccio and Patrick Djivas remain at the helm of an album that espouses the values of melody and instrumental finesse without being over complex and indulgent and topped with characteristically effortless vocal harmonies.

In the current prog rock climate, Emotional Tattoos fills a neat space in the ballpark populated by the critically acclaimed progsters Big Big Train combined with the sort of almost pop sensibility that found its way into the progressive areas populated by bands like It Bites. They’re bang up to date too in addressing the topical issues which have provided rich pickings for lyricists. The predicament of our planet and humanity is treated with a rare compassion rather than anger, more rose tinted than red misted – We’re Not An Island and a distinctly funky The Lesson are early indications of the album’s direction. The driving single Central District rocks along with reedy stabs of keys and synth jigs as A Day We Share there may be a musical motif (or two?) that sounds familiar amidst the vocal aerobics and twists and turns.

A nod to prog expectations comes in the instrumental romp of Freedom Square whose honking synths vie with moments when the mood drifts into more mainstream middle ground. Ending the album with the pairing of the emotive Hannah complete with judicious guitar solo and the upbeat and jazzier tones of It’s My Road you find you can do it all again – in Italian. A second disc contains the same musical content yet set with lyrics in the native tongue that to the untrained eye, in some cases could, but in many might, be totally different. Now that’s what I call prog.

You can watch the video for Central District here: