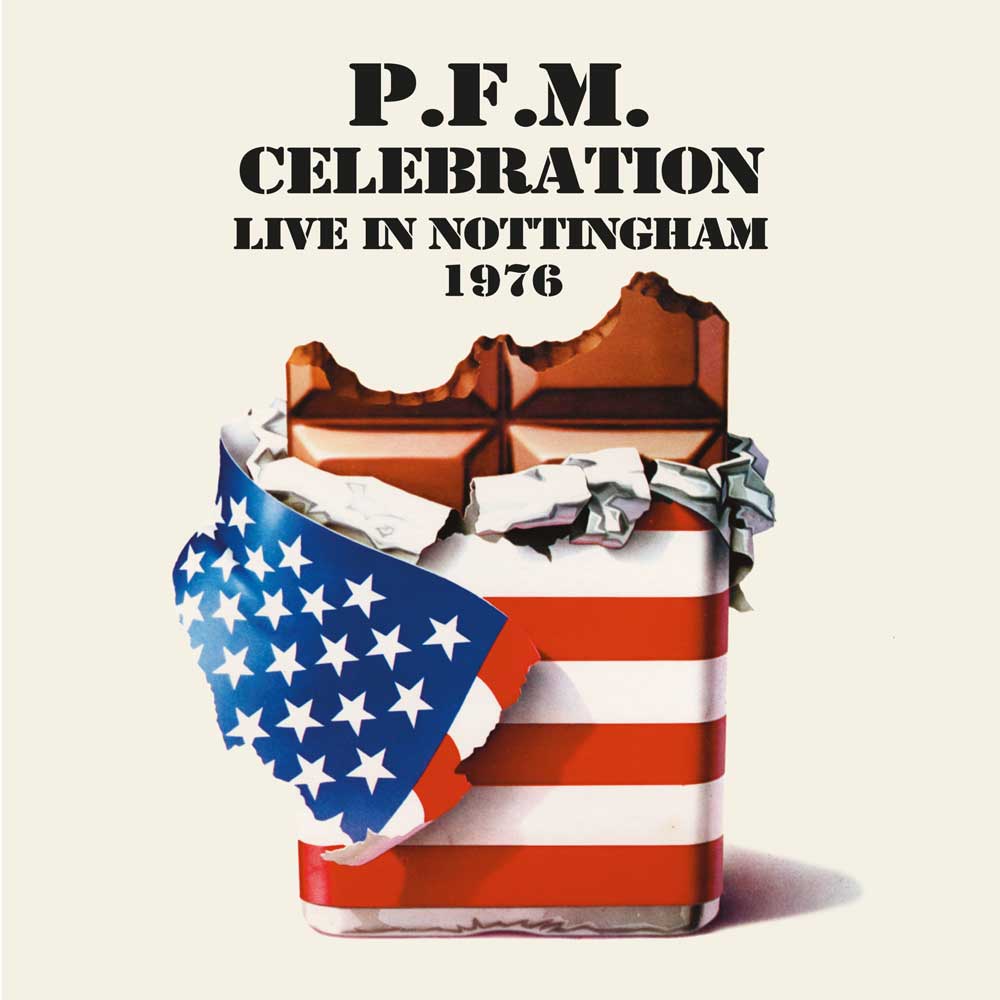 Italian prog rockers PFM might still be shaking a rug well into the new millennium, but as with many of their peers they were at their peak in the mid Seventies. Here’s the evidence with a record of a frenetic live performance in Nottingham.

Following up on the release of the  Cherry Red box set package of their 4 classic mid seventies albums, Esoteric have remastered the Italians 1976 gig from Nottingham University recorded on on their Chocolate kings tour.  It was a tour that also saw them play the Royal Albert Hall riding on the back of the success of the  album that was our cherry pick of those four in a box and one celebrated with a vibrant live show.

Originally recorded by ELP’s Manticore  Records, the show was broadcast on Radio Trent and introduced by ‘Kid’ Jensen (remember him?). As the CD booklet says, it was a blistering and powerful  set – not just the hyperbole talking – and saw a band perhaps at their live peak; confident enough to include some material previously only available in Italy.

In hindsight, it represents typical prog rock of the seventies – when dinosaurs ruled the earth and Genesis, Yes, ELP and King Crimson were the prog flag bearers marching forward alongside the hard and heavy rock giants. Excess was the order of the day; concept albums, triple live albums and huge stage productions which in our digital age might seem rather tame but were cutting edge and ambitious at the time. PFM didn’t quite go the whole hog but listening to their live show, there are clear connections to their peers – like  the foreign second cousins.

In the light of the Jensen  intro the understated and  gentle opening rather than launching into a explosion of light and sound comes as a bit of a let down, four minutes passing before the gears shift and the recorded Paper Charms gets an exciting live overhaul. The pace at which  the folky Four Holes In The Ground fizzes away is breath-taking, like the band are goading each other into upping and upping the tempo. A boundless joy in taking the prog rock template and injecting into it a shot of adrenaline to create a flurry of instrumental  crescendos. It also sees them developing the piece from its origins into an extended  fourteen minute piece that gives an indication of the jazzier direction that 1977’s Jet Lag would take.

The second half opens with a similarly frantic and extended workout on  Alto Loma Five ‘Til Nine while on Mr 9 ‘Til 5,  you can see the comparisons via the stabbing keyboards and dense and often indecipherable rhythms you’d associate with fellow prog rock giants Yes and  ELP – stirring organ and the drums almost soloing within the framework of the arrangement. It’s almost like their own brutal assault on Heart Of The Sunrise.  Yes there are moments of indulgence but it was de rigeur for the time and of course, naturellement, there are solo showcases; an acoustic guitar solo seems totally apt given the romantic Italian roots of the band and yes, there’s even a drum solo within La Carroza Di Hans – a sign of the times when greatness was often attributed to those who played the most notes. Fascinating though in these days when progressive music might take on a whole new meaning,  to take a glimpse into what rock used to be like.

Watch PFM performing Chocolate Kings on, where else but The Old Grey Whistle Test, in 1976: