Home Blogs PF Sloan and S.E Feinberg: What’s Exactly The Matter With Me? –... 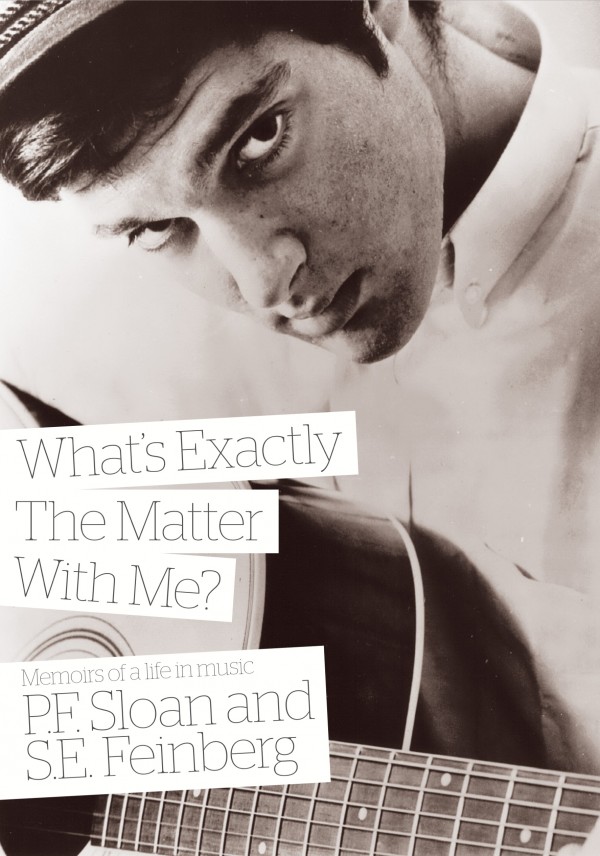 What’s Exactly The Matter With Me? by PF Sloan and S.E Feinberg 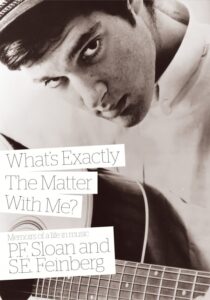 Legendary sixties hitmaker memoir turns out to be an interesting trawl through the LA music scene but its content is a far from the Summer of Love as you could possibly get. Louder Than War’s Craig Chaligne reviews it.

Let’s start with some platitudes. PF Sloan is probably one of the most (if not the most) underrated songwriter of the sixties Folk-Rock movement. Author of the immortal “Eve Of Destruction”, he was a constant presence on the California music scenes of the early to late sixties. Starting his professional career in Los Angeles at the tender age of sixteen, he became one its central figures. This book written in collaboration with playwright SE Feinberg charts Sloan’s life chronologically. Far from being your usual rock memoir (no sex, a little bit of drugs), the book gives us a real insight into Sloan’s personality. Born in a Jewish family in New York, he seems to have developed a feeling of inadequacy at a very young age and being thrown in the cut-throat record industry business at such a tender age ended up destroying him. After moving to LA, he started pitching his songs to record companies and he was finally scooped by Lou Adler who persuaded him to join him to write songs for the artists on his new label Dunhill Records. Even after writing “(Here They come)From All Over The World” for surf rockers Jan and Dean, a song that was a huge success, he muses that he was there to “witness, not to belong”. Eager to be a part of the crowd, David Crosby considers him a hack but he secures the respect of Bob Dylan (the surrealistic hotel episode where Dylan, Sloan and Crosby meet could be taken straight out of a sixties Blake Edwards movie). His talents weren’t only required in the songwriting department but also as an arranger and a guitarist notably on the Mama’s and The Papa’s first album (he’s responsible for the intro of “California Dreamin’). His working relationship with the band ended on a sour note as a drugged John Phillips threatened him with a knife at a party prior to the Monterey Pop Festival.

His association with Adler definitely seems to be the worst thing that ever happen to Sloan. He spends most of the sixties and early seventies trying to free himself from the despotic record producer.  The description of how he was robbed from his own songs is absolutely heart-wrenching. His move to New York after he fled Los Angeles resulted in him becoming a drug addict and his subsequent return to Los Angeles and return to the music industry with his “Raised on Records” album was the final nail in the coffin. After disappearing for most of the eighties and nineties, Sloan finally re-emerged in the nineties and with the help of friends and admirers returned to the stage and the recording studio. Sloan toured the UK in 2007 and played the now sadly defunct Luminaire in Kilburn. He says in the book that barely 20 people turned up to see him. Far from being bitter about it, he claims that “It doesn’t matter if there’s one person or one thousand – you play to who is digging it”. Finally at peace with all the people who caused him harm, he is able to enjoy his legacy at a concert where he sees several bands playing his most well known songs to an appreciative audience.

What’s Exactly The Matter With Me? is out now on Jawbone Books.