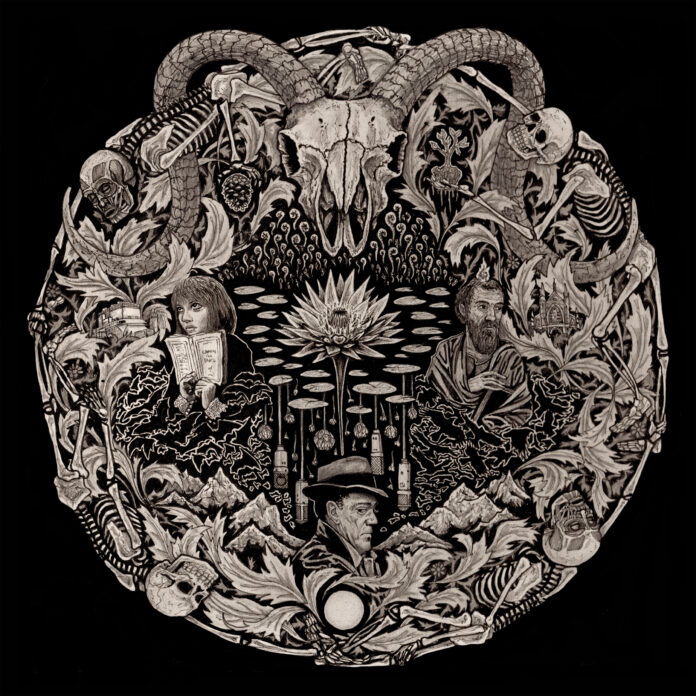 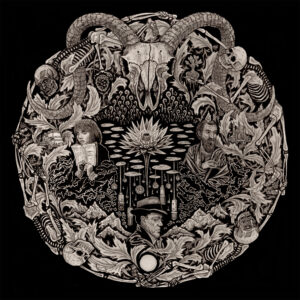 The fourth Petrels album is an inspired marriage of ecstatic drone, krautrock and synthpop, says Louder Than War’s Paul Margree.

Petrels wants to put the soul back into experimental music. Since 2011’s Haeligewielle, the composer and instrumentalist, aka Londoner Oliver Barrett, has been constructing epic, blistered soundscapes that take tropes familiar from underground music – long-form drones, worn, sun-bleached synth washes, fuzzy white noise and field recordings – and use them to create a kind of contemporary devotional music.

As such, Petrels sidesteps the chilliness found in much of the music of his peers, replacing it instead with an almost spiritual ecstasy, his ravishing synths and almost choral vocal treatments calling out in cosmic, wide eyed wonder at the universe. And, while there’s definitely a touch of the psychedelic in the Petrels worldview, it’s a charming, mystical take on it, the hippyish utopianism of Barbet Schroeder’s 1972 film La Vallée crossed with the ascetic spirituality of John Tavener’s The Protecting Veil.

(At this point, I should probably mention that Petrels isn’t Barrett’s only alias. As Glottalstop, he makes music of a much darker hue. Interested parties should check out Woodsmoke, in which he creates terrying tape and cello collages that are the nightmarish flipside to Petrels’ light-filled dreams.)

It’s not often not always easy to map Barrett’s influences onto the awe-filled sounds cascading into your ears as you listen to a Petrels album. This is, on the whole a good thing – after all, no-one likes homework – although occasionally one wonders whether Barrett is engaged in a cheeky act of misdirection to lead unwary listeners down the garden path (“I think for this record I’ll choose toast, Anne McCaffery’s Dragonriders of Pern novels and Richard Briars’ acting career after The Good Life”).

Fortunately, the music is absorbing and compelling. Flailing Tombs’ opener, We Are Falling Into The Heart Of The Sun doesn’t waste any time, dumping us straight into a majestic four-chord synth riff, like Vangelis covering Sunn O))), as bursts of white noise spark and fizz at the edges and a sighing vocal adds a wearied melancholy. It’s a perfect blend of form and content – it really does evoke the climax of trippy sci-fi thriller, the slow-motion van drop scene from Inception, for example, transformed a Technicolor psychedelic odyssey.

Yet, while the oceanic swells of Haeligewielle and the exquisitely rendered detail of Onkalo are all present and correct, Flailing Tomb also sees a definite shift away from the glistening abstraction of previous Petrels releases into more traditional song structures.

So, for example, there’s a retro-futurist synthpop sensibility at work in the silvery endorphin rush of Orpheus. Wide-open sweeps of electronics – part-early Depeche Mode’s pound shop casiotone and part Grumbling Fur’s lysergic bleeps – buoy up a bank of massed voices and singer Never Sol’s cracked, icy vocals. “What’s your secret? Something that never changes, day or night,” she intones, sphinx-like in her inscrutability, before the serried ranks of the choir really get going, their mantra of  “I shall fight / So that failure is possible”, vacuuming the bleakness from that old Samuel Beckett aphorism (“Ever tried. Ever failed. No matter. Try Again. Fail again. Fail better”) and tweaking it into gorgeous affirmation.

The second half of Flailing Tomb was intended originally as an alternate soundtrack to Godard’s Alphaville. When that project fell through Barrett reworked the material he produced for that project into the three-song suite, L. Caution, that closes the album. Here, he taps in to the music of the 1970s German underground, harnessing its kosmische power to break forth in a righteous synth, guitar and drums wig out. In Part 1, intricate Flamenco handclaps provide the track’s propulsive chassis, urging it forward as analogue synths break out with enough spiralling arpeggios to power the lava lamp on my bedroom table for a month.

The immense, squealing drones of Part 2 hold things up at first, but gradually, like a horde of Wildings sweeping over the tundra to Winterfell, a bloody great drum riff smashes its way into audibility. Before you know it, we’ve been catapulted over the castle walls into the granite commune rock power of Amon Duul’s Archangel Thunderbird. A fluid, fuzzing guitar riff scorches everything it touches as the drums pound an incessant, almost waltz like rhythm and Barratt screeches something about a having his red coat on, which would have me wondering whether he’s started a summer season at Butlins if I wasn’t so caught up in the hurricane force of the tune.

As the the pummelling rhythmic throb crashes ever onwards, I feel as if I’m freaking out with a bunch of longhairs around a campfire in the summer solstice as a burning wicker sculpture blazes in the background. This is about as far as from the standard Petrels aesthetic as you can get, really, but it’s none the worse for it, its furious rock power accentuated by a repetition that gives it a feverish, claustrophobic intensity.

Flailing Tomb sees Oliver Barrett progressing and refining the Petrels aesthetic, advancing his sound while keeping hold of the things that made it so special in the first place. Marvellous stuff.

~
You can buy Flailing Tombs from the Denovali Records website or from the Petrels Bandcamp. Oliver Barrett’s website, which included details of Petrels and his other projects, is here and he is on Twitter here.