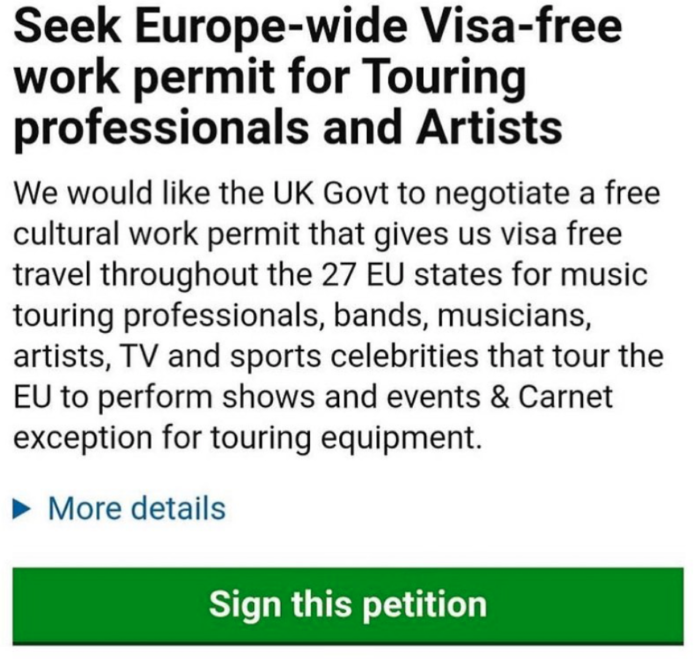 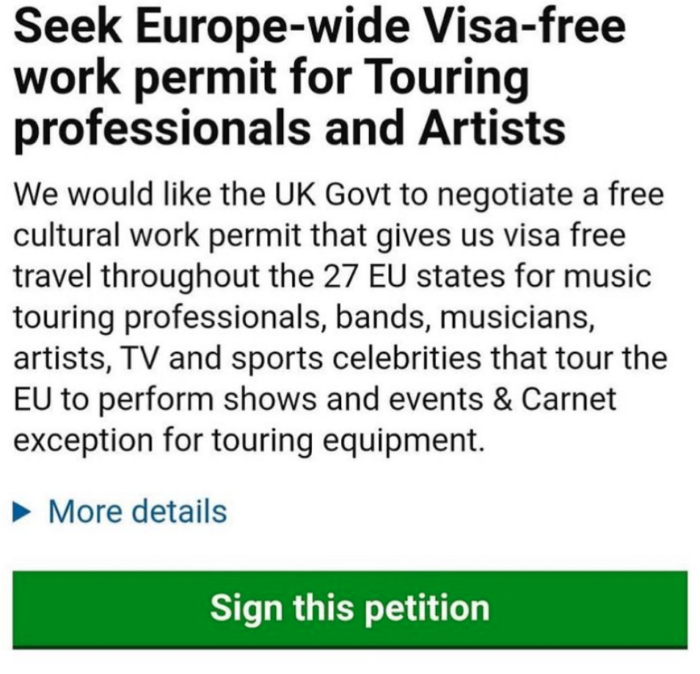 In the new Brexit blame game the government is blaming the EU for rejecting their plans to allow for more freedom of movement for touring artists and crew. To most observers the UK government didn’t seem to be trying very hard and we now have a potential disaster on our hands for the UK scene. This blame narrative will be Johnson and his cronies main line of defence for years to come.

Already locked out of the USA due to draconian visa costs UK acts global reach is about to shrink even more. Of course Roger Daltry will be ok but the next generation of acts will be stopped in their tracks and one of the key parts of the UK economy and creative well being will be stopped before its even started.

With visas, carnets added to touring costs, border confusion and news problems with merch, insurance and tax, getting out of the UK to work will be a nightmare.

Please sign the petition below – it already has 200 000 plus signatures which means its triggered a debate in Parliament.