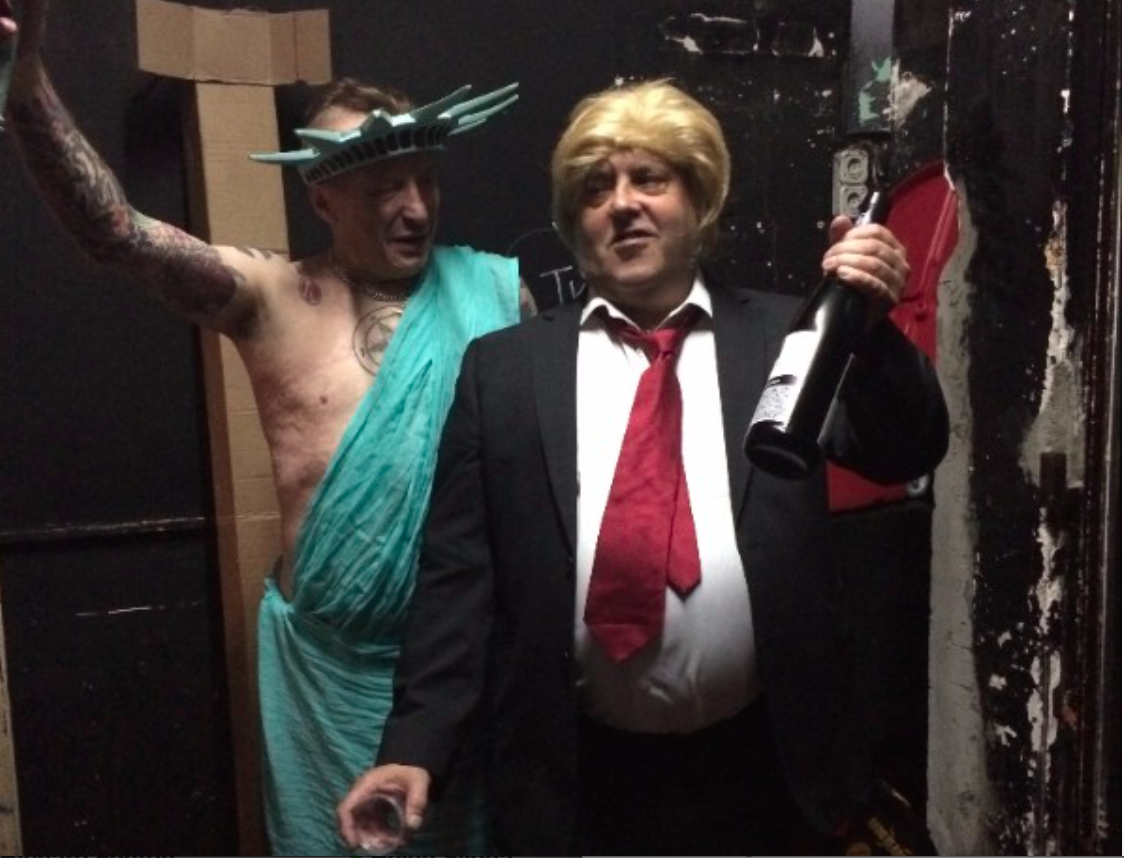 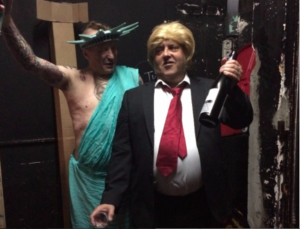 Peter Bywaters, singer of legendary Punk Rock icons ‘Peter and The Test Tube Babies’ was refused entry and then subsequently interrogated on  Friday 28th of July at  San Francisco airport.  Instead of playing the following day at the Punk Invasion Festival in Santa Ana, Orange County, Bywaters was put on a plane back to London. During the course of his 6-hour interrogation at the hands of  CBP ( Customs and Border Protection) officers, he was confronted with photos and videos of himself dressed as President Donald Trump from his last German Tour, PRESIDENTIAL TOUR  2016, where Bywaters was particularly scathing about Trump and US-Politics in general.
Watch footage from that notorious tour here:
https://www.youtube.com/watch?v=VizTS3IMMpk

His passport and phone were taken, he was finger printed, DNA swabbed, photographed and forced to make a sworn statement before being escorted to his seat on the plane. During the 11 hour flight home, he was denied any alcohol. When he asked why he was told that  “It is United Airlines policy to refuse alcohol to deportees on all of our flights.”
Back in London Bywaters got his phone and passport back.
Peter And The Test Tube Babies played the festival with the help of guest vocalists; Joey – Narcoleptic Youth, Ron – Lower Class Brats, Gabe – Oi Scouts and Mike – Blank 77.
Bywaters states “A US-Tour or festival will never ever happen again!”

Peter and The Test Tube Babies new album ‘That Shallot’ will be released on September 15th via Nuclear Blast imprint label Arising Empire. It’s the band’s first new album since 2004.
On September 1st,  they will release their new single ‘Crap Californian Punk Band’  featuring Lars Frederiksen from Rancid.
Catch Peter and The Test Tube Babies at Rebellion Festival in Blackpool today or at an upcoming UK show: