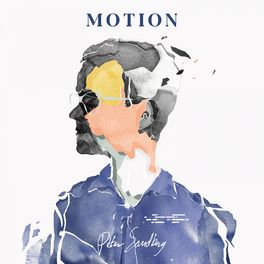 Motion is composer and multi-instrumentalist Peter Sandberg’s debut album for Phases Records. Lee Ashworth submerges himself in the music to find a stillness at the eye of modern life’s hurricane.

Known for his work scoring commercials for big brands such as Discovery, Netflix and Tesla, Peter Sandberg pursues his own artistic vision with this cogent collection of original new compositions.  Recorded at Baggpipe in Stockholm, the former Abbey Road/EMI studio, Sandberg’s elegant piano-led compositions have been enriched with a string quartet, analogue synths, guitar pedals and a reel to reel tape machine amongst other sounds, instruments and effects.

Motion is a fitting title as the tracks are juxtaposed to create a wordless narrative sweep.  In album opener Deep, we descend to the blip beat of the sonar, counting us in, counting us down, counting us out.  Cocooned in our craft, the waves rise above us and the last of the natural light fades.  We surrender to gravity’s lull. But this is not the submersion of isolation and despair, it is the solace of solitude and the restorative balm of more meditative currents.

This is Motion as lines of flight. From the literal direction of Deep to a musical topography of second-time fatherhood in Unborn, Sandberg moves us between and within each track. In Swarm the movement is in the sequence of notes, multiple, layered, intensifying.  I am in a mega-city surrounded by blinking lights, the low-level hum and chatter, the buzz of a million phones. I am amongst the swarm; I am the swarm. And in my mind, there is the influx, the bombardment of communiques, the headlines, the demands however small: the swarm is all around me.

At the centre of it all is the title track Motion, around which the rest of the album spins.  Sandberg’s album is rich in concept and extraordinary in its execution of ideas. A perfect encapsulation of our fraught lives, Motion reveals the seemingly impossible harmony of stillness and speed.

Watch the video for Deep here: