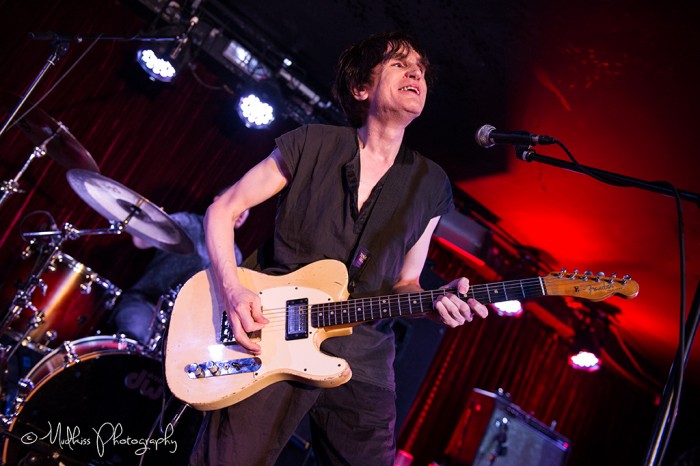 Influential former lead singer with The Only Ones wows the crowd during one of a handful of intimate dates, playing a mix of old favourites and exciting new songs.

One of the most influential members of the new swathe of musicians emerging from the fading embers of the punk scene at the end of the 1970’s, Peter Perrett cut a dilettante, Kohl-eyed  figure as front man to the seminal band The Only Ones. A series of misfortunes and disagreements meant that the band never reached their full potential, yet they have been cited as a major influence by many bands, such as Babyshambles and The Smiths, who have been inspired by the quality of their music. Peter has continued to be ever the elusive virtuoso, with his sporadic forays into the music scene eagerly awaited since the band’s untimely demise. I thus counted myself lucky to be present at this intimate gig, having never managed to see him live before.

The evening at The Ruby Lounge kicked off in grand style with a set by EPI, or Exploding Plastic Inevitable if you want to be long-winded about it. Described by member Rob Gray, a former member of The Durutti Column, as more of a collective than a band, members came and went, and the vocals were shared out accordingly, bringing their excellent brand of garage/ art rock to the stage. The set had pace and energy, and used the various contributors to their full effect. A fitting and stimulating start to the evening. 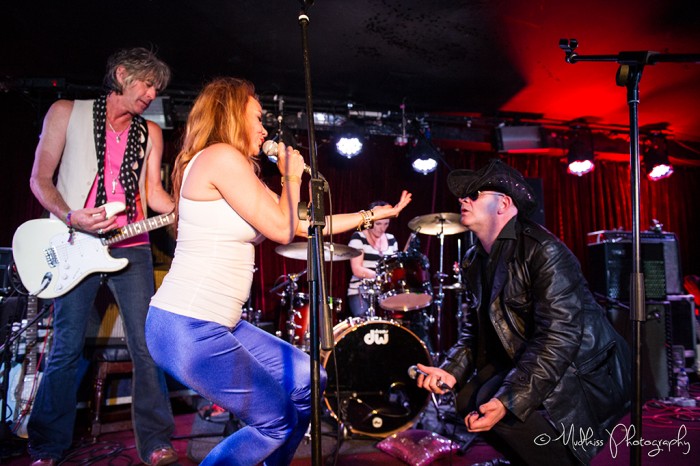 It must be heart-warming for both Peter Perrett and his wife Zena to see what talented musicians their sons have become. As bassist and guitarist in the band Strangefruit, Peter Perrett Jnr and Jamie Perrett have an excellent band in which to show off their musical aplomb. Not that the other members lag behind them. The solid rhythm provided by Jake Woodward and the sublime vocals and violin of Jenny Maxwell have a similar style and talent. They played a blinder of a set featuring shimmering guitars and emotional, fractured vocals over an impeccable rhythm section. 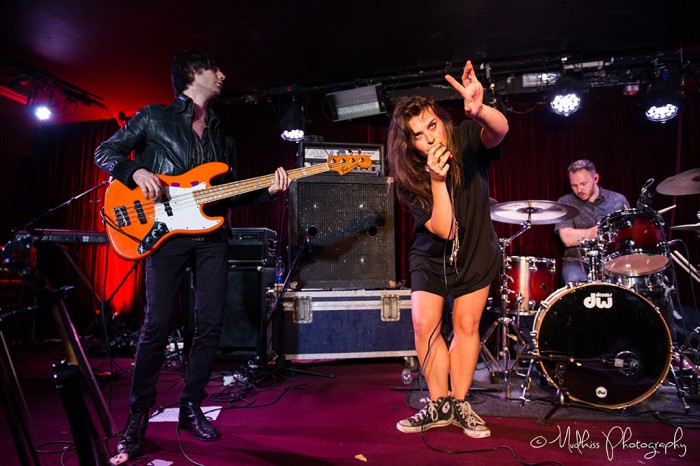 Nina Antonia is a writer of some excellent books, which show her insider knowledge of the rock scene and draw us into their world perfectly. It’s always good to get the chance to hear a writer read their own work, and this was no exception. Backed by complimentary guitar provided by one of the EPI collective, Martin Manoeuvre, Nina read from her biography of Johnny Thunders, ‘In Cold Blood’, about meeting Peter Perrett for the first time. Evocative and beautifully read, the performance was a great way to bring the crowd back to a time long gone, but still pivotal to so many members of the near-capacity crowd. 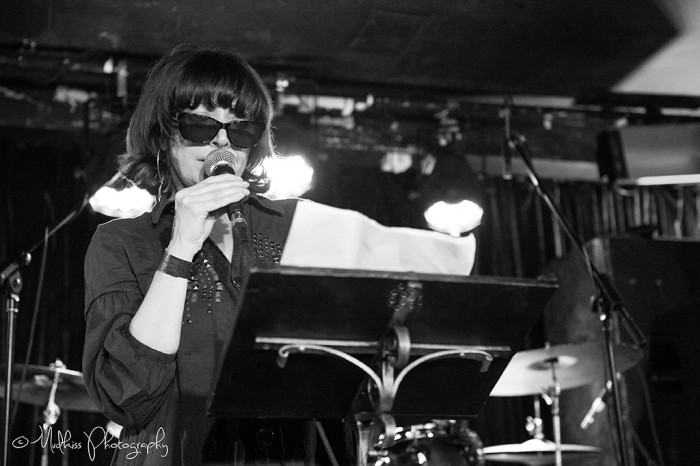 Peter Perrett didn’t keep us waiting for long. The appearance of his slight frame on stage brought the crowd together in their reverence, one member shouting ‘genius’ as he approached the mike. Ably backed by both his sons and other members of Strangefruit, the set was exceptional from the first song, ‘Oh Lucinda’, with Peter Perrett’s distinctive vocals barely diminished by the years. The crowd had travelled from as far away as Scotland to witness the reclusive singer they admired so much, and the affection was almost tangible as they were treated to both new tracks such as ‘Carousel’ and older material including ‘From Here to Eternity’, ‘Why Don’t You Kill Yourself’ and ‘I’m Always in the Wrong Place at the Wrong Time’. 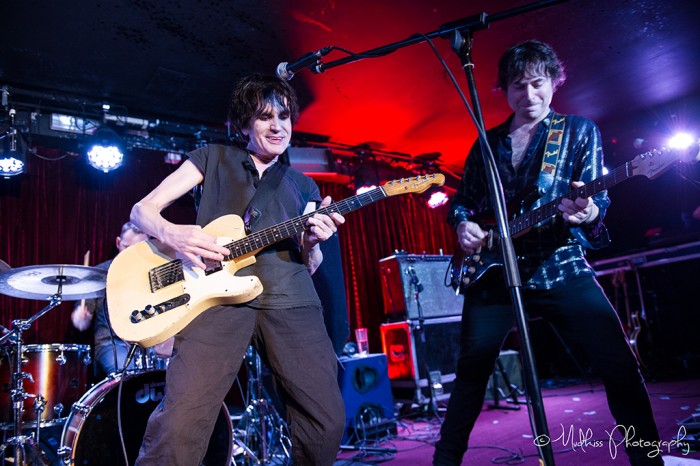 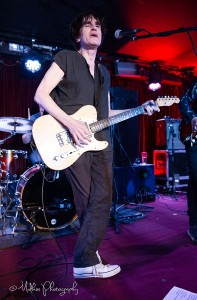 Peter Perrett seemed genuinely touched by the audience reaction. Cocooned by his two sons, one either side of him, he seemed to draw strength from the close family around him and the extended family of the audience. His wife Xena, who was proudly taking pictures of her family from her vantage point in the crowd, has been the inspiration for many of his newer songs. Every track seemed to please the audience who gave the news of a possible new album their full support, whilst going crazy when ‘Another Girl, Another Planet’ began. Although a diminutive figure, Peter Perrett commanded the stage, moving like a man half his age as he swung his guitar and showed the obvious rapport he has with younger son Jamie. Perhaps it was because they were mostly family, or had spent a lot of rehearsal time together, but the band couldn’t have showed more self-assurance or easy professionalism. Joined by the violin of Jenny Maxwell on one of the new tracks, the set went from strength to strength.

Although short of time, the crowd demanded an encore. The tone of ‘Woke Up Sticky’, was a perfect opener and the encores continued, with the last two songs being performed by Peter and Jamie alone. The curfew meant the end of a set the audience wished would go on and on. Peter Perrett was obviously delighted by the reception he received, whilst the crowd left happy and fulfilled by a night that provided both excellent renditions of old favourites and the promise of exciting new music to come. We can only hope that Peter’s promise that the album would be ready by March, although qualified by the aside that he didn’t promise WHICH March, does mean next spring, as the new material marks a renaissance in his output that I, for one, eagerly await.

More information about Peter Perrett is available on his Facebook page:

Information about EPI, Nina Antonia and Strangefruit is available on their respective Facebook pages: