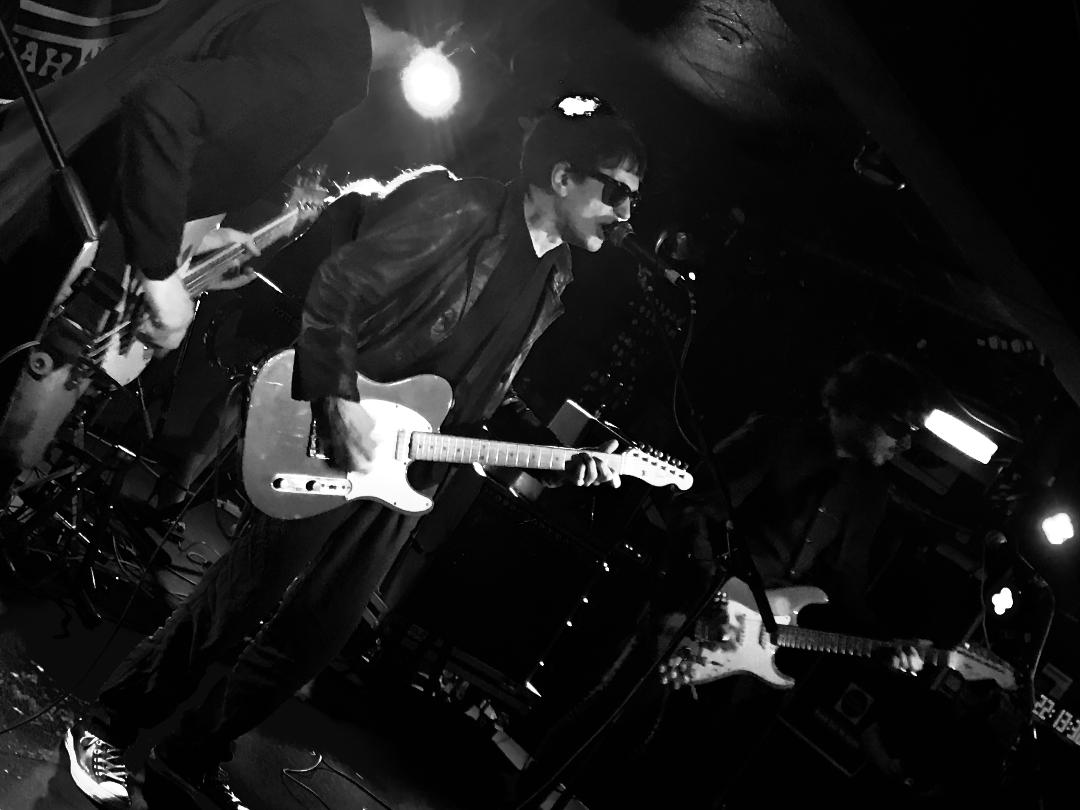 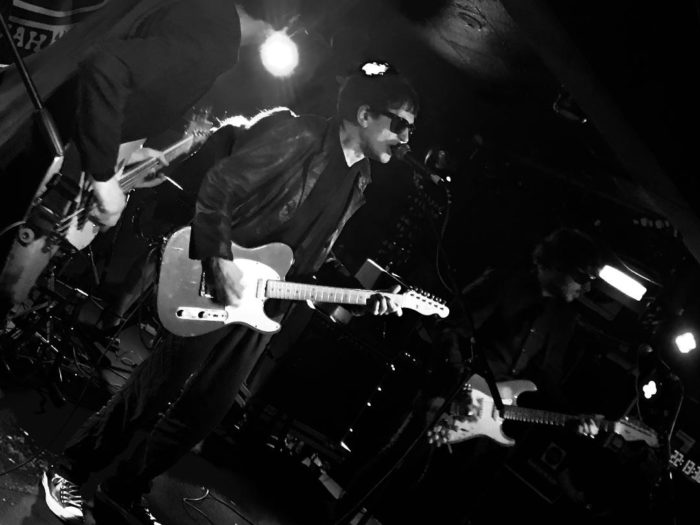 Brother Ged of this parish had dropped this one in my unsuspecting lap as he’d had to cancel his proposed review of one of the dates south of the border. His loss, my gain although the stage time of 10pm on a Wednesday night was giving my aging frame the fear a little bit, I have to admit.

No matter; it’s not every night one gets to see a bona fide legend close up and with last album How The West Was Won being one of LTW’s albums of the year in 2017, this one was a bit of a not-to-be-missed show. There were a couple of competing gigs on locally; a reformed (and by all accounts on fire) Goodbye Mr McKenzie were thrilling folks round the corner at The Garage while the venerable Barrowland hosted jazzman Kamasi Washington.

Perrett last played Glasgow a few years back, around the release of HTWWW and the venue was rammed that night. It was busy tonight with a hardy crowd of believers but not uncomfortably so. Arriving just prior to stage time, we grabbed a close-up view and awaited the man.

Perrett, as I’m sure you all know, has his sons Jamie on guitar and Peter junior (who looked dwarfed by his huge Jazz Bass) supplying the bottom end. A stint in Babyshambles with Pete Doherty probably girded the pairs loins enough to realize that playing with the Old Man wasn’t quite the trial-by-parent it could have been. I suppose that Perrett is the template for Doherty in many ways although his survival instincts seem dramatically stronger as he looks pretty well preserved for a man in his mid-sixties with a past as drug-ravaged as his.

Jamie is a guitarist with some serious chops; looking and moving like a young Peter Buck, his tasteful licks and cascading arpeggios illuminate the set. Young Peter, despite the slight frame, provides thunderous, sliding basslines that lock in almost funk-style at times with drummer Jake Woodward who is calmly orchestrating things from his perch. The keys are provided by Lauren Moon (who can’t help herself from grooving to the music when not playing) and vocals and viola are the remit of Jenny Maxwell who is a perfect foil for Perret’s drawling vocals and laconic stage presence.

The viola really adds an aspect to the songs that is somewhat unexpected; yeah, there’s the folk-y melodic fills but Maxwell is also adept at slicing, John Cale style Velvets-drone which when you consider the youthful Perrett was often compared to Lou Reed, makes a helluva lot of sense.

At one point, Perrett is standing hunched, back to the crowd at his amp, chopping away at the chords with Jamie and Maxwell trading deranged licks like for like in a war of attrition that sounds like the end of the world. Kinda fitting, really. The set is crafted from songs from throughout the years although mid-set Perrett states something along the lines of “this is something of a detour into the past; the future is so much better” as they play a couple of Only Ones songs and it’s hard to disagree. It’s about one of only two things he says all night, the other a remark complimenting the bands prowess; despite this, he commands the stage and seems to be having a ball.

Ged Babey reviewed the new album, Humanworld, and despite being a huge Perrett fan, was less than impressed.  He thought some of it sounded half-arsed and unrealised and having just heard it the day of the gig, I get his point.

I have to say, however, that live, the new album sounds incredible; the band played most of mid to set end and the songs really seemed to come alive having been given a longer leash. “War Plan Red” has been around for a while in the set and tonight it is incendiary; Perrett’s vocal delivery is strained at times (he looks and sounds as if he’s battling a cold) but it adds to the tension of the song. The lyrics are deceptively simple but utterly effective. And that voice. What a voice. He’s certainly no three-scale range vocalist but the dry, terse delivery and that unmistakable drawl are enough to send shivers down spines.

Jamie takes front-stage for his own song “Master Of Destruction” which is probably one of the album highlights to these ears. We all know that “Planet” is the greatest love song written about heroin since, well since ever, but lyrically this one sears and flashes with a similar theme. I actually didn’t realise it was Jamie on vocals on the record until a few listens in- he sounds remarkably like his father at times.

Perrett senior takes a bridge after the chorus, repeating “You used to have a hold on me” while Jamie opens the song with a similar “You used to have a hold on me, now the spell is broken, used to have a hold on me, now I am awoken” which of course could be, as many of Perrett seniors songs were, a paean to the love of ones life or in fact, to the seductive clutches of opiates. The climbing minor key chord structure adds a frisson of danger to the song and this song (as do all of the newer numbers) sits comfortably between the older songs. Of course, “Another Girl, Another Planet” makes it appearance at the end- young Jamie again covering himself in glory with his interpretation of that ascending, searing solo. Perrett changes his phrasing a fair bit- I guess that’s allowed when you’ve been playing a song for 40-odd years and despite the subject matter, its a thing of sheer joy.

Finishing with a feral “The Beast” sees the band vamping and dragging the coda out into an explosion of noise. Perrett is grinning at his band-mates; clearly he’s been reinvigorated by playing with these young guns and it’s lovely to see him so animated. If the tour is near you these next few weeks, do not miss it.

Encore- I Want Your Dreams/AGAP/the Beast