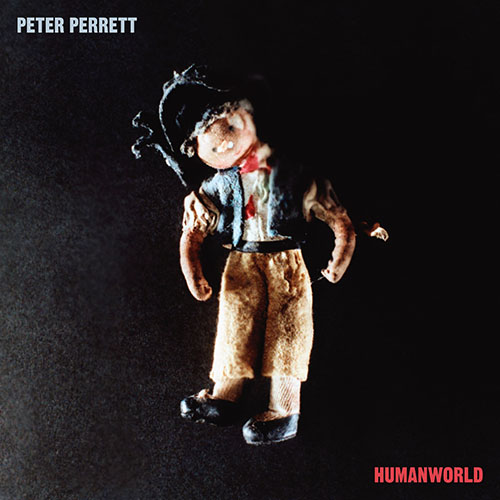 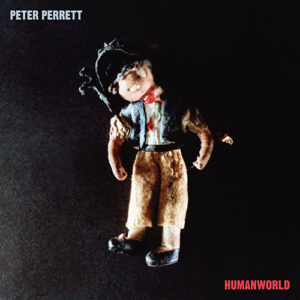 A second album already since signing to Domino two years ago, from the living legend who fronted the Only Ones and wrote ‘Another Girl Another Planet’.  Ged Babey gave How The West Was Won 10 out of 10,  declaring it ‘perfect in every way’.  What does he think of the follow-up?

When you consider Perrett has written some of the most beautiful, heart-breaking, tragi-romantic songs ever, then, sorry,  this just isn’t up to scratch.  It’s not up to the impossibly high standard he himself set back in 1978, 1996 and 2017.

It’s still a decent album, sonically the guitars sound amazing.  The arrangements and production are pristine. His voice is probably the best it has sounded for years. But…

Literally half the songs seem to be unfinished, too short and featherlight romantic fluff tossed off to pad out the work and make an album rather than  release a really good EP ( which would consist of War Plan Red / Carousel / Once Is Enough/ Master of Destruction).

I hate to say this.  I really do . I love Peter Perrett. Always have, always will.  I spent days putting together The Songwriting Genius of Peter Perrett Part 1, Part 2, Part 3, Part 4 and Part  5 remember? It just feels like he has been rushed into making this album and rather than including some of his great unreleased material has chosen more recently written songs to capture their freshness.

It was so, so great to see him back, healthy, happy, surrounded by his family, all the old friends and fans coming out of the woodwork  and the tour dates to promote the sublime How The West Was Won album were absolutely magical.  Grown men and women cried at those gigs.

Rock journalism is so much a branch of product promotion nowadays that press releases come with readymade quotes from the artist to insert into reviews and previews.  Here are Peters about Humanworld.

“I’m fully aware there are a lot of people who never even thought I’d get to make another album, let alone two, in such a short time.”

“This record has got more urgency and the songs are more concise. Don’t like words such as progression but I hope this is texturally and sonically more interesting than How The West Was Won.”

Once Is Enough is one of four great songs on the album.  Beautiful simplicity,  I gotta learn to take my own advise and I gotta friend who is crazy as fuck being universal truisms rendered ineffably cool.  Jamie Perretts production and guitar playing is perfect on this track.

The first taste of the album was the hugely disappointing  I Want Your Dreams: -a dated-looking video, terrible 80’s keyboard sound and sex-robot backing vocals – it just sounds like a Psychedelic Furs B-side from the period when they were rubbish.  It takes more than 36 seconds to rouse itself and the whipcrack drum lash and paisley-patterned guitar just sound plain wrong.  Perrett sounds unconvincing and on auto-pilot.

Heavenly Day is more typically Perrett.  Almost a Perfect Day re-write via New Age but with JP’s shafts of sustained guitar slicing through it.

The centre-piece and standout track by a mile is one of Perretts idiosyncratically ‘political’ songs, War Plan Red -an intercontinental ballistic missile of a number about Anglo-US relations and mutually-assured destruction.    Some of my childhood heroes my family and friends, I am not afraid to admit are Americans. He drawls sardonically, musing on how it’s a shame that the US Armys theoretical plan to fight a war with the UK, never happened.  Thunders would’ve loved it and been impressed no end with Jamies astounding guitar-playing on it.

If you catch the band on tour, the song is a set highlight -the guitar heroics by his son always seem to make his old man crack a rare smile.

Master of Destruction is a notable inclusion, James Perrett on lead vocal as well as guitar & production – weirdly it seems to be the nearest to the Only Ones sound of all the songs.   Allowing it on his album would appear to be Papa Perretts way of showing his appreciation for his sons and daughters in law for putting their own band on hold whilst they back him. Either way its one of the better songs.

The Power Is In You has yet another echo of Sweet Jane and some sublime violin from Jenny Maxwell but is pretty listless as a call-to-arms.  Believe In Nothing is more narcoleptic than nihilistic and again its Maxwell who keeps your attention.  Loves’s Inferno is condemned with its use of ‘no-one gets out of this alive’ in the lyric..

The closing Carousel is a thing of beauty though. Delicate, a crash of waves on a shore and strings making it a cross between Ocean and Street Hassle. (No, Perrett can never escape those Lou Reed comparisons I guess…)

Musically the Family make the album a pleasant listen, full of musicality and ideas but overall it falls on the quality of the songs, and not the lack of John Perry and Alan Mair – this is Perretts’ Solo equivalent to Baby’s Got A Gun sadly, (although at times I am reminded of the gentler, exquisite England’s Glory era moments).

With unrecorded songs like Black Operations, Is This How Much You Care, You Gave Birth, there is a wealth of material Peter could draw on to make a far superior, far more consistent album than Humanworld and I hope he does.

Don’t let one cunts opinion put you off buying Humanworld though – I have been known to be wrong, occasionally.  and I want Peter and the Perretts to make music for as long as humanly possible and I’m sure there is at least one more masterpiece in the man.

Humanworld is available to pre-order