Home Books UK Book Reviews The One and Only: Peter Perrett, Homme Fatale by Nina Antonia –... 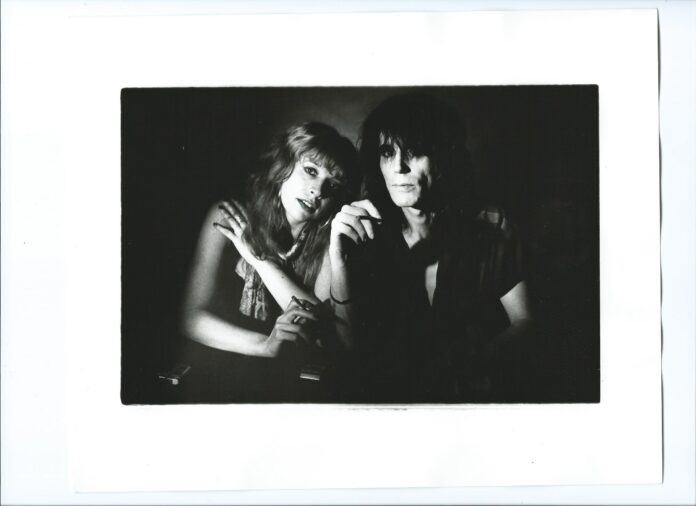 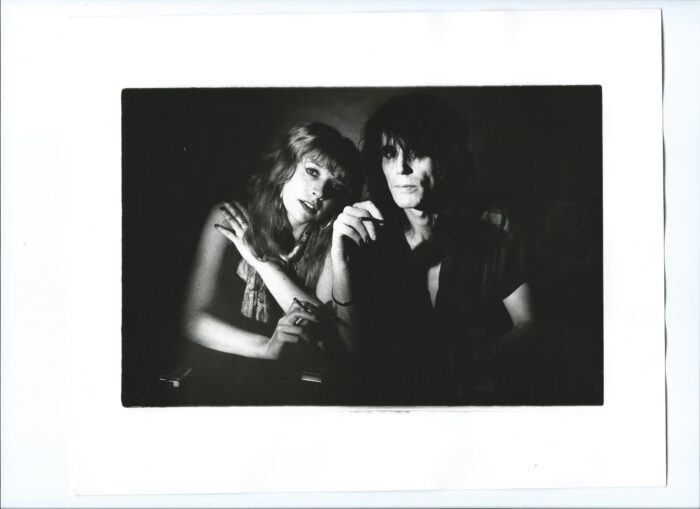 The One and Only: Peter Perrett, Homme Fatale by Nina Antonia (Thin Man Press)

Long out-of-print, Nina Antonia’s fabled biography of The Only Ones’ elusive frontman has now been reissued with an entire new chapter and a 2015 interview with Peter Perrett. But does this much sought-after study live up to its lost classic reputation? Gus Ironside investigates.

Peter Perrett’s song-writing has always been characterised by a unique brand of doomed romanticism, from the melodic perfection of ‘Another Girl, Another Planet’s heroin/ love imbroglio to the inky nocturnal depths of ‘The Big Sleep’. Strangely, the popular image of Perrett as a one-hit wonder wasted talent has endured despite the testimony of an immaculate body of work which posits him as one of our greatest singer-songwriters.

Given Perrett’s perennial outsider status, who better to tell his story than the doyenne of Noir rock journalism, the enigmatic writer Nina Antonia? Antonia is of course best known for her classic debut, ‘Johnny Thunders: In Cold Blood’, the deathless biography of the influential New York Doll and Heartbreaker, which has famously never been out of print since its release in 1987.

Despite having also authored the first ever New York Dolls biography, the best-selling ‘Too Much, Too Soon’, Antonia has remained a resolutely underground figure, highly respected by the cognoscenti, yet forever excluded from the “Boys’ Club” of mainstream rock journalism. Shamefully, Antonia’s much sought-after 1996 biography of Peter Perrett has remained out of print for almost twenty years, author and subject united by their marginalisation via cult status.

It has taken the arrival of a buccaneering new independent publisher to rouse ‘The One and Only: Peter Perrett, Homme Fatale’ from its own Big Sleep, a premature burial bestowed by a moribund publishing industry. Founded by Susan de Muth, Thin Man Press has quickly established itself as a champion for vital new writers such as AA Walker. In 2014, Nina Antonia became part of this small publishing house’s roster of authors as the editor and transcriber of Peter Doherty’s second volume of diaries, ‘From Albion to Shangri-la’.

With the launch of this handsome new edition, generously abetted by the inclusion of an entire new chapter and an incisive, revealing interview, Thin Man Press is to be applauded for re-printing one of Antonia’s most highly regarded works. Now that it has been resurrected from its untimely interment, does ‘The One and Only’ live up to its lost classic status?

It does- and then some. It’s an extraordinary story, beautifully rendered by an author who runs the voodoo down with skill and passion. The closest comparison would be with Paul Trynka’s superlative Iggy Pop biography, ‘Open Up and Bleed’. Like Trynka, Antonia is meticulous in her research, unearthing some fascinating details about Perrett’s family background, upbringing and home life. Perrett’s wife Zena emerges as the hero of the story. A fascinating figure in her own right, Zena Perrett is revealed as a pivotal figure, not only the driving force behind Peter’s blossoming into a distinctive singer-songwriter, but also an accomplished manager of The Only Ones and a fashion innovator whose work influenced Vivienne Westwood’s iconic early pieces.

The Only Ones had very little in common with the UK punk scene, which had rapidly become codified and reactionary, much to its detriment. Despite the quintessentially English nature of the band, the closest contemporary comparison would perhaps be with Richard Hell and the Voidoids, both in terms of sublime musicianship (Hell’s untutored but essential bass-playing notwithstanding) and the poetic sensibilities of the frontman. Closer to home, the genre-defying Doll by Doll, led by Kirkcaldy-born bon vivant Jackie Leven, projected an analogous sense of self-containment.

The rise and fall of this most Icarian of bands is documented in assiduous detail, from the group’s formation from the ashes of England’s Glory through to its listless demise. Equally compelling is the parallel story of the Perretts’ domestic world, which is packed with extraordinary revelations- Perrett’s years as a drug-dealer, the inevitable police raids on the Perretts’ heavily fortified, antiques-stuffed roost, and the succession of mistresses who are accepted into the family home. When it all falls apart and their rambling sanctuary is lost, Antonia describes the cramped conditions of the Perretts’ basement flat bolthole in exquisite detail, evoking the near hyperrealism of Edgar Allan’s Poe’s keenly descriptive writing: “The skylight in the shower/toilet had become home to a family of snails, and tendrils of weeds pressed down against the glass…”.

Antonia’s love of language results in some delightful observations, such as the shared etymology of the singer and lead guitarist’s surnames (‘Perrett’ and ‘Perry’ both deriving from the old West Country term for ‘pear orchard’). In addition to the detail and accuracy of Antonia’s writing, the Liverpool-born author also brings her own distinctive style, writing with a Beat pulse and rhythm that would lend itself well to spoken word performances. The NME’s Nick Kent is painted as “a gaunt self-crucifixion of a man”, while the central dilemma of Perrett’s career is outlined poetically: “the three d’s that Peter Perrett had so tenderly courted, decadence, despair and decay, were treacherous muses which would soon engulf him.”

Having honed her work from the occasionally florid youthful explorations of ‘Johnny Thunders: In Cold Blood’, Antonia makes highly effective use of playful, inventive metaphors throughout the book. This brings a pert humour and warmth to the writing, which is coolly observed yet never judgemental. It’s perhaps not surprising that Antonia cites the “very detailed, cinematic” writing of Truman Capote as an influence.

The additional chapter, ‘Sticky Endings’, brings us up to date with an account of the survival and reassertion not only of Perrett’s connection to his muse, but also of Peter and Zena’s 45 years-strong marriage. ‘Woke Up Sticky’, the oft-overlooked 1996 album by Peter Perrett and The One, demonstrated that Perrett’s sublime artistry remained intact, a fact confirmed more recently by the essaying of elegant new songs at sporadic live appearances. While the Perretts now have to pace their lives around the restrictions of chronic lung disease, they remain devoted to each other and derive joy and inspiration from the musical exploits of their two sons, Jamie and Peter Jnr.

The book ends with the lyrics of a new Perrett song, ‘Sea Voyager’, in which Perrett celebrates his first and most enduring muse, Zena. There is sadness and poignancy in Antonia’s 2015 interview with Perrett, in which he expresses regret for the hurt caused by past misdemeanours and his almost pathological candidness. Heart-warmingly, Perrett’s current outlook on life appears to be summarised by the words of his song ‘Shivers’: “Welcome the return of that shivery feeling; that feeling’s the essence of human being”.

There will always be those who will decry Perrett’s career as a cautionary tale of squandered opportunities, just as the old boys of the Rock Critics Golf Club will never prise open its creaking gates to Antonia. Behind all the smoke and mirrors of critical moralising, there is something deeper in Perrett’s visionary lyrics that unsettles authoritarians. It appears that the presence of a flick-knife sharp female writer is similarly too unsettling for the Chairmen of the Bored. No matter. In the words of a more recent band clearly indebted to Perrett’s work: “Fuck ‘em!”.

This is a ravishing read. In terms of great rock biographies, ‘The Only One: Peter Perrett, Homme Fatale’ can take pride of place on the shelf alongside Trynka’s ‘Open Up and Bleed’, Charles White’s ‘The Life and Times of Little Richard: The Quasar of Rock’ and Tony Scherman’s ‘Backbeat- Earl Palmer’s Story’, all revelatory studies of deeply influential artists.

Antonia has brought Perrett’s picaresque tale to vivid life, impelling us to slip inside the songwriter’s benighted universe and reacquaint ourselves with its hidden joys, those dusky canticles which form exquisite armour to shield the soul in its darkest moments. Ultimately, this is an immortal story of enduring love triumphing over despair, desolation and the spectre of death.

Perrett and Antonia’s evening stars glimmer with an unquenchable constancy through the murk of the endless night; seek them out.

There’s a special signing for this book at Rough Trade on Thursday. Here’s the promo for it…

Buy ‘The One and Only: Peter Perrett, Homme Fatale’ here.

And I turned away to thee,
Proud Evening Star,
In thy glory afar
And dearer thy beam shall be;
For joy to my heart
Is the proud part Thou bearest in Heaven at night,
And more I admire Thy distant fire,
Than that colder, lowly light.

All words by Gus Ironside, except where noted. More writing by Gus can be found at his author’s archive.