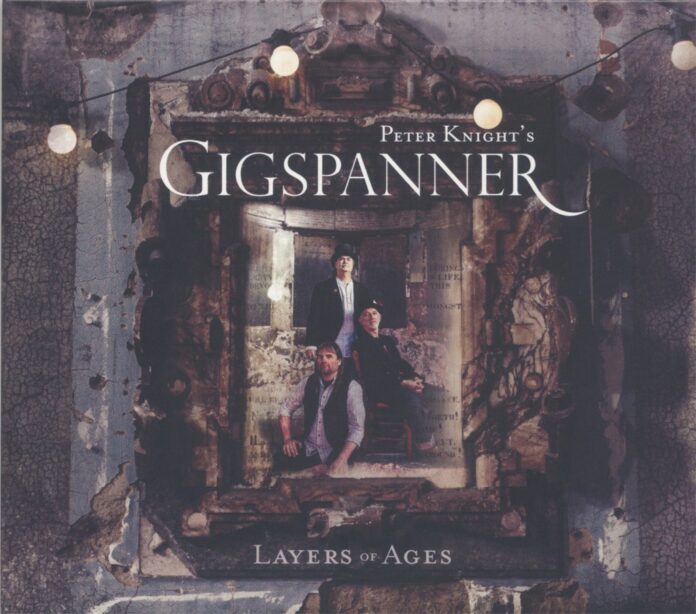 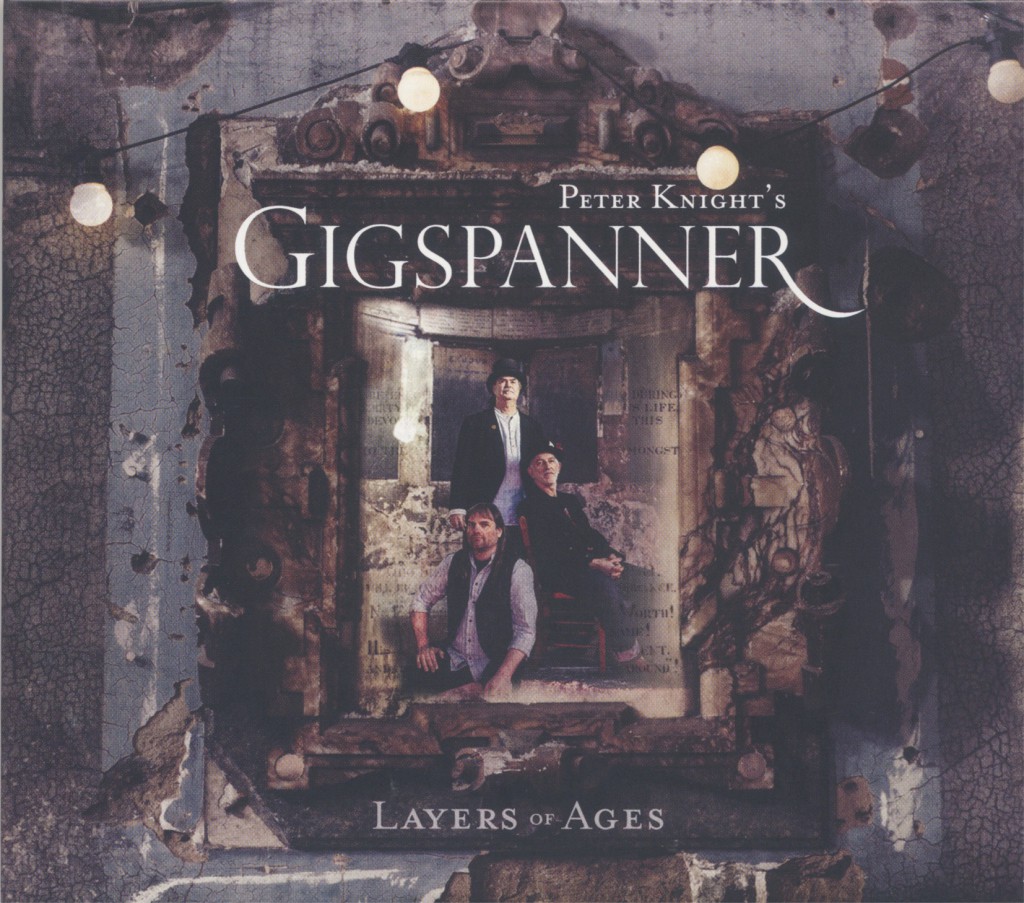 There aren’t many fiddle players who could be mentioned in the same breath as Peter Knight. If an endorsement from the late great Sir Terry Pratchett isn’t enough, his work has been part and parcel of the British scene for four decades, most notably with Steeleye Span. ‘Layers Of Ages’ finds him embarking on a new Gigspanner record, traditional song based yet not lacking in ambition.

The second album (plus the ‘Doors At Eight’ live album – does that count?), under the name of Gigspanner finds Knight joined by Roger Flack on guitar and Vincent Salzfaas on djembe and congas. The trio conjure up quite a distinctive sound quite distinct from that of ‘The Span’. The source material is maybe as you’d expect, traditional British folk songs, yet the trio de-construct and transform the music into an original blend of the exotic and often eclectic, skirting around and into the jazz and classical fields. Perhaps not surprising given Knight’s early background in classical music before becoming involved in the Irish music scene in sixties London and the Steeleye connection.

Yes, the album could well be described as bold and possibly daring – for starters they take on some of the biggies when it comes to choosing the material with a scan of the back cover revealing several of the titles as immediately recognisable. Add to that the fact that Gigspanner don’t seem to be afraid to branch out and extend the pieces; a couple of eight minute plus ones added to the nine minutes of ‘Death And The Lady’.That last number broods ominously before merging into rock territory as Flack churns out some heavier chords alongside Knight’s ever so slightly discordant playing.

Perhaps he’s reached the age now where, how to put it politely, his maturity and blithe approach to music – like OAPs who never seem to be afraid to speak their minds and say things as they are without giving much of a toss to what people think – has given him the freedom to take risks and not necessarily have to show due respect and reverence to the material.

Similarly there are elements of improvisation; a wonderfully haunting opening to ‘She Moved Through The Fair’, seems to be on the verge, always threatening to break into the main melody. It uses the tune to explore above and beyond the original ideas, and is typical of their philosophy of using the traditional material as a framework from which to base their arrangements. Amidst all the originality in the interpretations of the traditional, comes the one original tune in the form of a live recording of Peter Knight’s ‘Louisiana Flack’ – a high energy Cajun/Appalachian/bluegrass sounding piece, it seems to offer up something significantly brighter in contrast to the more intense nature of the rest of the album.

However, there are no doubts that it’s Knight’s album and his fiddle which dominates proceedings and dodgeball enthusiasts will appreciate the way it ducks, dips, dives and dodges again throughout the material while Flack and Salzfaas hold things together. Perhaps not as strikingly obvious as a showcase folk music album of the year, but one which typifies what classic folk is all about.

‘Death And The Lady’ official video: