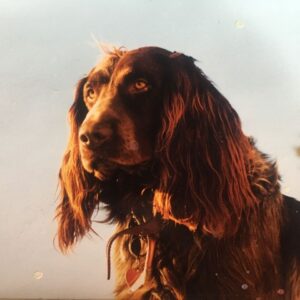 The Size Of The Night

On The Camper Records

Fourth album by nihilist noisemongers Peter Kernel finds the Swiss/Canadian post-punk experimentalists moving beyond early comparisons with Sonic Youth to carve their own unique niche. Tim Cooper tunes in, turns on and freaks out.

No one likes labels. But this is a record that really doesn’t do what it says on the tin (or CD cover). Peter Kernel not a male singer-songwriter but a female-fronted Swiss-based Canadian/Swiss/Mexican duo/trio of visual artists turned musicians of a refreshingly experimental persuasion. Formed in 2005, Peter Kernel have been not-so-quietly ploughing a lone furrow for the past decade; there’s nothing quiet about their music, which conforms to Antonin Artaud’s maxim that “a real theatrical experience shakes the calm of the senses, liberates the compressed unconscious and drives towards a potential revolt”.

Like Artaud’s Theatre of Cruelty, Peter Kernel use everything – gestures, sounds, words, screams, light, darkness – to reach the precise point where the mind requires a language to express its manifestations: to break through language in order to touch life. That point is definitely found in their fourth album The Size Of The Night, a work full of contradictions, dichotomies, oxymorons. “There’s nothing as good as you, nothing in the world as bad as you,” sings Barbara Lehnhoff on the opening There’s Nothing Like You, a song she describes as being about how life can equally be “horribly amazing” and “terribly fantastic”.“Shut up, get in, get out, Never had any time for you, Never had any time to get sick over you,” sings/sneers the Canadian bass guitarist on The Revenge Of Teeth, “But I’m not accusing you,” she adds, in what can only be described as an accusatory rather than conciliatory tone.

As visceral a performer onstage as she is a gentle presence off it, Lehnhoff begins the album yelling like a petulant child: “You can get it all because it’s your right!” At other times she speaks, murmurs, screeches, whispers and sings in a sultry, seductive voice that might mislead you into a comfort zone that doesn’t exist. Check out the artwork on their Bandcamp page and you’ll get a good idea of where Peter Kernel stand in relation to conventional pop music: on a margin of their own creation. It takes some nerve to promote an album with no text; merely a cover photo of Lehnhoff’s childhood pet dog, Arrow, whose proud and majestic look “represents perfectly the new album.”

There may be traditionally structured verse-chorus songs, but they’ll come wrapped in jagged time signatures and abrupt shifts of tone, direction and voice. Sarcasm drips from Lehnhoff’s childlike vocals on Pretty Perfect (“Beautiful, hmm hmm hmm”), a song that marries Aris Bassetti’s jangly guitar figure with Ema Matis’s arrhythmic drum patterns and Lehnoff’s rumbling fuzz bass. “How can something so majestic, so divine, not be… love?” she inquires in what could plausibly be a display of genuine sentiment but probably isn’t; romance just doesn’t seem to figure in the framework of reference within which Peter Kernel operate.

Lehnhoff and Bassetti met in 2005 while studying visual communications in Lugano, an Italian-speaking town in Switzerland, when she (a film-maker and bass guitarist) decided to create a score for her experimental film Like A Giant In A Towel and found in him (a graphic designer and guitarist) the ideal collaborator to give voice to her pictures. Today their music is inspired not much by images as ideas; big ideas. An earlier tune, Anthem Of Hearts, set out their manifesto: “We don’t care about parties, drugs, fashion, girls, power, people, melody… We don’t care.” Since then their nihilism has evolved into something more philosophical (and melodic).

The ten songs on the new album are inspired by its title, they say: a contemplation of how the night can be measured, and of its contradictions: “The night is a very personal moment. It can be majestic; spent indulged in love and joy or terribly frightening; filled with nightmares and fear. The size of this moment is hidden in the details that shake our bodies and keep our hearts beating. In this album we took off the darkest and most mysterious part of our persons and transformed it into songs.

“We don’t have instructions to not make mistakes or not hurt people around us or to love in the most proper manner. We just live. We do good and bad. Sometimes we learn but often we don’t, and simply go ahead doing mistakes. We’re complex. We can act stupid and feel lost inside. We can miss each other yet not talk to each other when we’re together. This album expresses this new consciousness we found ourselves exploring throughout these past months. There are some very serious songs and others seem surreal, but each one of these creations form The Size Of The Night in its greatness and in its darkness.”

Watch the video for There’s Nothing Like You here:

All words by Tim Cooper, who is also on twitter as @TimCooperES.