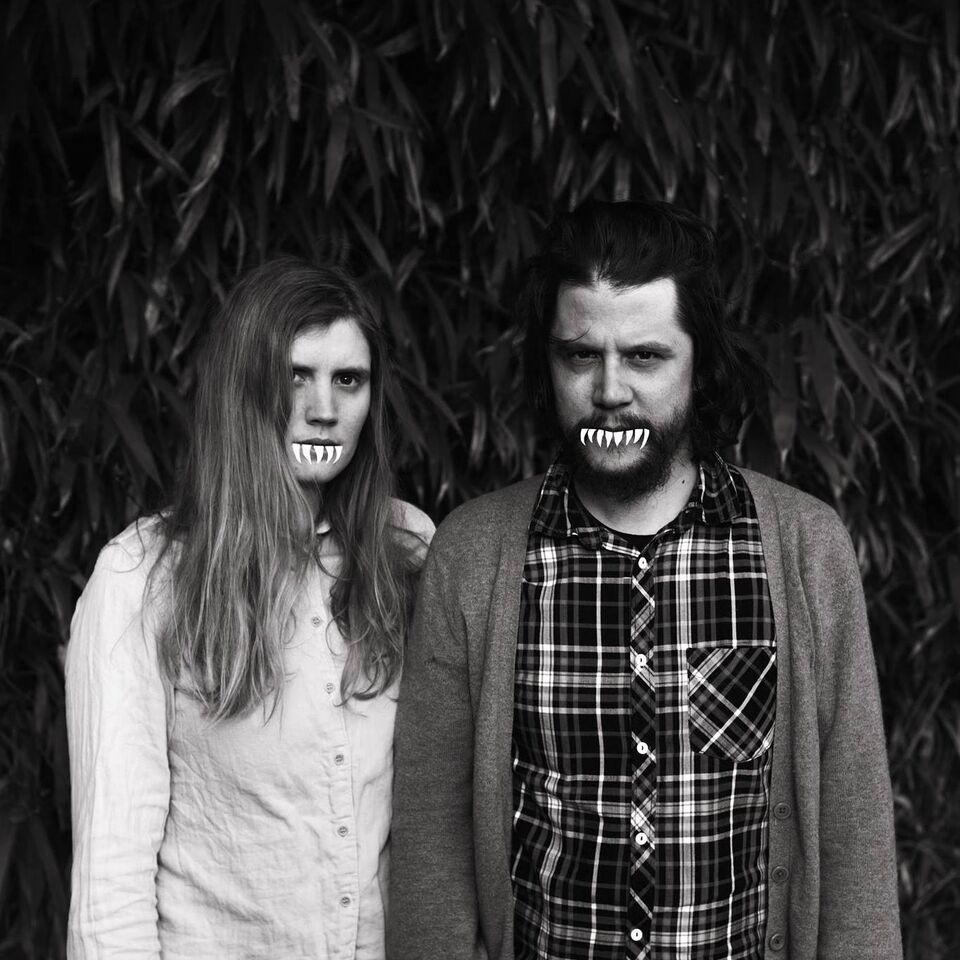 One of the most refreshing, out of the box, duo-bands to be releasing an extraordinary album as of late entitled. “The Size Of The Night”, is Peter Kernel an absolutely unique sounding anomaly. Based in between Canada and Switzerland, their release, bearing the image of Barbara’s childhood dog Arrow, is set to be unleashed to the world on March 9. 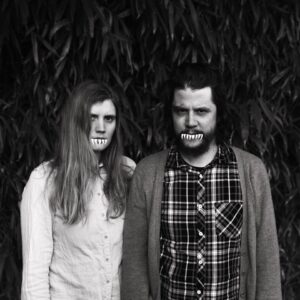 The core of Peter Kernel is Barbara Lehnhoff and Aris Bassetti, who met at the Visual Communications and Design School in Switzerland and despised each other for years. Eventually discovering each other’s talents they began a collaboration of music and song and fell in love.

I spoke with Barbara about their music and the new release while Aris was present in the background….

Yeah, I grew up in Canada. Now I’ve moved to Switzerland for about 10 years because we mostly tour in Europe and it’s easier, closer, less kilometers. So we are based in Switzerland now.

Who creates the music and the over-the-top sound that you have?

We write the music together. We actually compensate each other very well. Aris is from Ligando the Italian part so he has a very strong Italian culture. He’s very melodic, he’s very romantic, I’m more noisy and destructive. When we start writing the songs, usually they are much nicer. Sometimes I destroy them. But we compensate each other well and find the proper equilibrium until we are both satisfied with the results.

It’s a very cool combination. How’d you come up with the name I’d the band?

Peter Kernel, we don’t really like it but we’ve had it for so long, that we can’t change it. We were actually called “El Toco” at the beginning. But ‘El Toco’ sounds salsa and the worst audience to play rock music in front of are people that are expecting salsa. They get angry. So after about a year we changed it to Peter Kernel. The idea of Peter Kernel is that we’re both graphic designers and we work in communication. So we liked the idea of creating a character. So the idea of Peter Kernel was to create a person, and it also helps you find a website name, and it’s easy to find on Facebook. We liked Peter because it’s a very general name, and Kernel is the essence of something, and we played a lot with opposites.

I love the name because it’s just not what I was expecting.

Yeah, a lot of people expect like a singer/ songwriter. It’s nice to surprise people right off.

So you both sing?

Yeah we both sing. On the new album Aris sings in both Italian and English. We both also play. I play bass guitar and then we have different drummers that come touring.

Yeah. We were just on tour last week. We came back on Sunday. We did a test tour to try the new songs live and now we’re just playing a few shows in Paris this week. Then we will be off on tour, the album is coming out March 9, so we will be touring as of March 14.

Are you guys a couple?

No comment….we don’t even know the answer to that.

Where would you like to be with your music in the next five years?

We live from our music since 2012. We have a very strong foundation of fans. So we’d even be happy to keep going as we are. We tour a lot in France and in the UK and Germany. We tour quite a bit in Italy. The goal is to be able to keep touring. We love touring.

What do you love most about live performances?

There is no other job on Earth that gives you the same high as being on a stage with people there for you. I love being on stage and telling people ” listen to what I made”. It becomes kind of an addiction. It’s very satisfying and it gives so much.

If you could say something to your fans or followers, what would you want them to know?