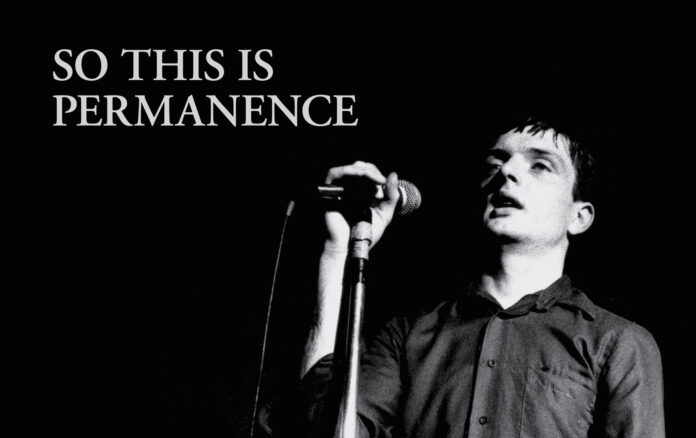 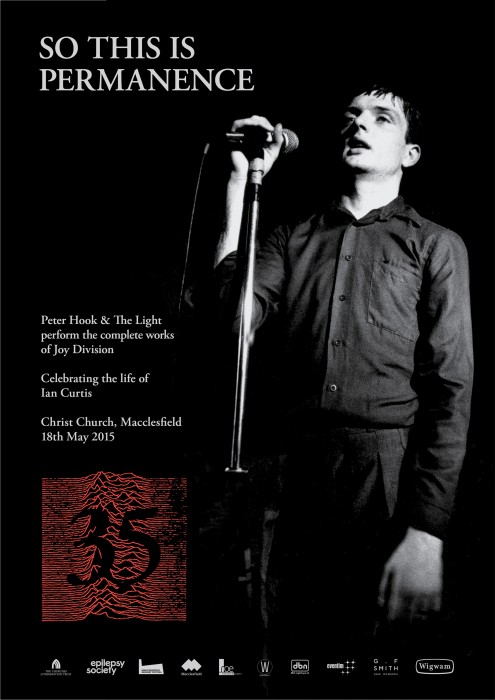 On Monday 18th May 2015 Peter Hook & The Light will be performing the complete works of Joy Division, celebrating the life of Ian Curtis, at Christ Church, Bridge Street, Macclesfield. SK11 6EG.

The gig will be a benefit show supporting The Epilepsy Society & The Churches Conservation Trust.  Tickets are priced at £35 + BF and are available exclusively from here: Direct Ticket Link. They go on sale at 9am on Wednesday 25th March 2015.

Peter Hook & The Light return to Christ Church, Macclesfield on May 18th 2015 to perform the complete works of Joy Division. Hooky and The Light will play every single track ever written and recorded by the band at this singular concert at the beautiful 18th Century place of worship in the centre of the town where the group was founded.

As respect for and devotion to Joy Division’s contribution to music history endures locally and internationally some three and a half decades since the band ended,  the live debut of the full repertoire is bound to be a hugely emotive occasion.

The band recorded two uniquely original albums “Unknown Pleasures” and “Closer” in their brief time together, having only turned professional six months prior to their demise.

Both of the LP’s are highly revered, both critically and with fans and remain hugely influential to bands and musicians today. The longevity of the material pays testament not only to Martin Hannett’s incomparable production but also to the song writing ability of the four founder members and the dynamism of their manager Rob Gretton.

As has become their live staple, The Light will perform both studio albums sequentially and in full at the event while the night will also see the band perform Joy Division’s final release, “Still” – a collection of material released posthumously in October 1981, just under one year after Ian’s death.

“So This Is Permanence” takes its name from the lyrics of “Twenty Four Hours”, an album track from the second side of ”Closer”, another classic by the band which has worked its way into popular consciousness along with the likes of ’Isolation’, ‘Disorder’, ‘Digital’ ‘Love Will Tear Us Apart’, ‘Transmission’,  ‘Atmosphere’ and many others.

Both the venue and the town hold great resonance for the event as Joy Division used to rehearse regularly at the nearby Talbot Pub in Macclesfield, although they never actually performed live in the town. As is well known, Macclesfield is the hometown of both  Ian Curtis & Stephen Morris and in another coincidence, Christ Church was attended by Ian in his youth.

The first time Joy Division’s music came to be performed live in Macclesfield took place in June 2013 at the Barnaby Festival when The Light were invited to perform “Unknown Pleasures” and “Closer” live. This intimate one-off concert, with the same 500 capacity as “So This Is Permanence” sold out quickly as fans of the band came from all over the world for the event.

“So This Is Permanence” forms another of The Light’s special event gigs and as the show takes place on such a significant date, it is set to attract a similar audience of the band’s fans to Macclesfield in mid May.

May 18th 2015 also marks five years precisely since Peter Hook & The Light debuted their “Unknown Pleasures” live set which began their musical odyssey through the Joy Division and New Order back catalogues.

Christ Church, an 18th Century church in central Macclesfield, is a unique grade two star listed building which had previously lay dormant for 30 years before being revived for The Barnaby Festival. The town’s Roe-Naissance Project are currently reviewing how it can be brought back to life as a functioning arts venue.

“So This Permanence” is being produced by Peter Hook, Wigwam, Eventim, DBN Lighting, and GF Smith Paper alongside Made In Macclesfield and Winterfest. The event is also supported by the Barnaby Festival and The Churches Conservation Trust who administer Christ Church.

All proceeds from “So This Is Permanence” are to be donated to The Epilepsy Society and The Churches Conservation Trust with the donation to the CCT earmarked for the redevelopment of Christ Church.

“Everyone loved it, from the old Joy Division fans, to the small children in attendance, they all totally raised the roof by the end of the gig. The setting and the performance made it a very, very special night indeed for all who attended. ” Louder Than War