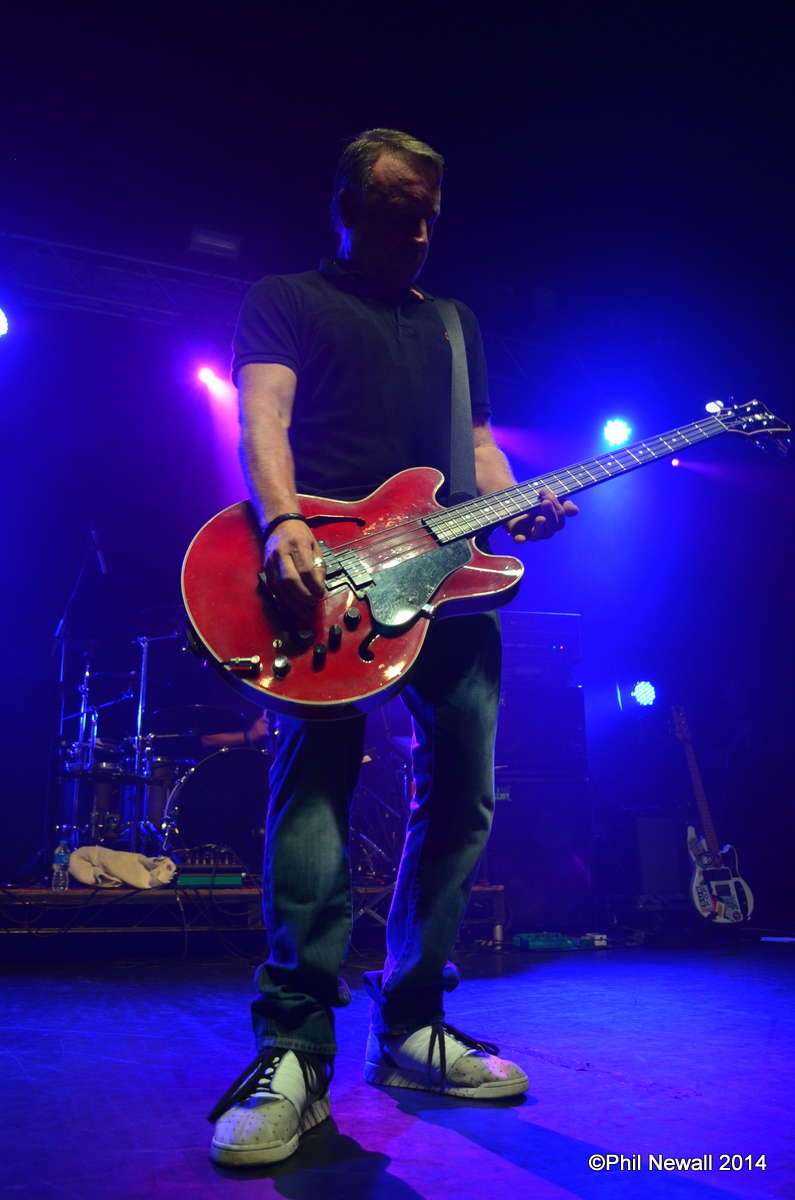 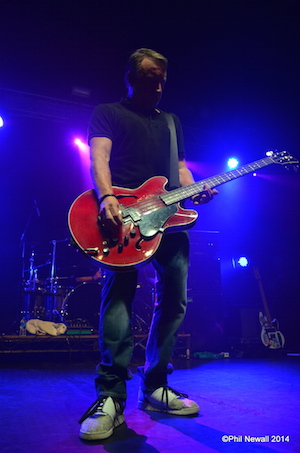 A few days ago Peter Hook & The Light performed New Order’s “Low Life” & “Brotherhood” albums in said band’s home town, Manchester. Louder Than War’s Nicolas Cope was in the audience for us, along with Phil Newall on camera. Check out their joint review below.

A warm up gig in Cardiff set the platform for tonight. 6.30pm the doors opened, and the fans started flooding in, it was an early start and with 30 songs over 3 sets to get through it was a must .

The full house justified Peter Hook & The Light’s journey, the intense heat generated from the crowd, many wearing ‘Hooky No. 9’ football style T-shirts, there is a real air of expectancy…most of the people in attendance had seen The Light previously, though which each progressive tour Peter Hook has approached a new swath of material, as such no-one really knew what to expect.

The initial set sees The Light effectively supporting themselves as they present a wide ranging selection of Joy Division tracks; opening with “Atmosphere” Hooky sets the marker of what I think he wants to archive. Resurrecting songs that people want to hear again and I think this is something New Order have missed out on for a long time. All signs of nerves are now nowhere to be seen, Hooky wielding his bass in iconic ‘Viking’ fashion.

The Light are on form tonight and showing the crowd just this and maybe taking people back to a time and place which only they can say. 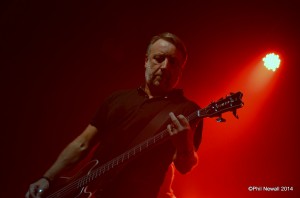 “Digital”, “Isloation”, and a solid performance of “She’s Lost Control” Hooky stood centre stage raised arm, clenched fist at times take us through some of Joy Divison’s songs unheard for a long time. As the set closes Hooky salutes the crowd and politely leads his band off stage, only to return some 15 minutes later. I’m reminded of his “shitting it” remark – to be honest Hooky looks terrified, though that is nothing out of the ordinary – for a man who has spent a life on stage, and a founder member of one of rocks most important bands it is somewhat heartening that he remains so real, so grounded.

“Low Life” was released back in 85′ and is considered as one of New Orders best albums, an album that stamped their new identity and opened the door to a new sound.

Opening the set with “Murder”, “Lonesome Tonight”, “Thieves Like Us” and into one of my favourite tracks off the album “Love Vigilanties” but I’ve got a feeling I am not the only in here tonight as the crowd sing along aside me.

“Perfect Kiss” is stopped just as it starts; the band look to Hooky who has now stepped to the front of the stage, the crowd are equally confused; Hooky then berates a member of the audience and demands that he leaves, he reminds the guy who is in charge tonight as the guy is led off by security, the crowd love it and respond with cheers. 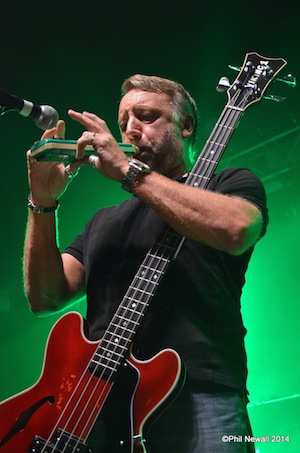 A brilliant version of “Sunrise”, “Elegia”, “Sooner Than You Think” and a truly sublime “Subcultre” builds the crowd up to a energetic performance of “Face Up” which gets the sprung floor venue genuinely bouncing.

It feels like you’d expect the lights to go up at this point and its time to go “Game Over”. But it’s just not the case.

“Brotherhood” released in 86′ – rock and dance split over one album , bonded by excellent lyrics, synths and melodic bass lines is next in store for the crowd tonight.

The fans tonight are now in full swing as The Light kick into “Paradise”,Hooky’s vocals still strong and the band are really tight, his son Jack stage right switching between guitar and bass works really well. Kehoe on the drums going hell for leather, Potts on guitar puts his own stamp on the songs.

An encore of “State Of The Nation”, “Confusion”, “True Faith” and a breath taking version of “Temptation” brings the night to massive ovation and respect on both sides .

A great evening in Manchester an outstanding show from The Light and signs they are not taking the foot off the pedal.

I make my way outside it’s 10pm and the night is still young and seems cool.

Peter Hook & The Light have 9 gigs coming up this month starting next week in Germany and France.

Hooky & the band will then travel to South America at the end of the month to perform in Chile, Uruguay, Argentina & Brazil.

Peter Hook and the Light are on Facebook and Hooky himself tweets as @peter_hook1.