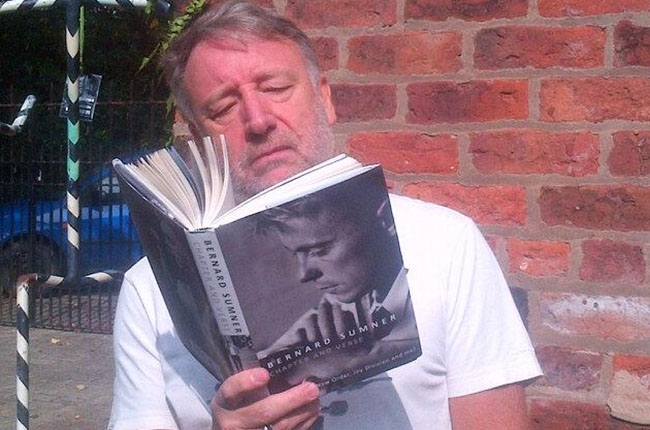 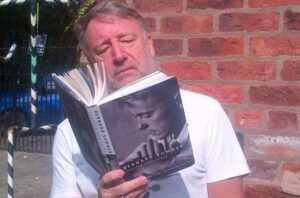 “Book stores won’t know whether to file it under fantasy or tragedy.”

Billboard Magazine has today published a review of the new Bernard Sumner autobiography ‘Chapter And Verse’; nothing strange about that…Billboard have however managed to pull off a master stroke by inviting Peter Hook ex New Order | Joy Division founder and childhood friend of Sumner to review the book, with Billboard writer Richard Smirke noting his thoughts!.

Thanks to Bilboard for permission to re-publish.

It’s no secret that there is love lost between estranged Joy Division and New Order founding members Peter Hook and Bernard Sumner.

Ever since it was announced in a 2007 radio interview with Hook that New Order had effectively split up — a newsflash that the other members of the band, frontman Sumner, drummer Stephen Morris and keyboardist Gillian Gilbert, said took by them by surprise; the childhood friends and one-time bandmate’s have since been locked in a war of words, regularly trading accusations and insults via the press. The animosity between the two only seemed to increase following New Order’s decision to reform in late 2011 minus its original bassist.

In the years since then, New Order have embarked on a series of successful world tours, including this summer’s run of U.S. theatres, and signed a new record deal with Mute. A new album, the band’s first since Hook’s departure, is expected in the spring.

In the meantime, Hook has been busy touring with his new band, The Light, – they have just concluded a short series of UK dates including a triumphant hometown Manchester gig (LTW Review) before setting out on a full European and South American tour this autumn before returning to North America for a 18-date trek that will see the group perform seminal New Order albums ‘Brotherhood’ and ‘Low-Life’ in full. In recent years, Hook has also written two acclaimed books, ‘How Not to Run a Club’ about legendary Manchester, England club The Hacienda, and ‘Unknown Pleasures’ a revealing account of his time in Joy Division. A third, this time on New Order, is currently in the works.

Naturally, his former band mate has a few things to say about it. “It is a shame, not just for us and the fans, but maybe also for the book stores who won’t know whether to file this under fantasy or tragedy” states Hook in his biting response to the autobiography. 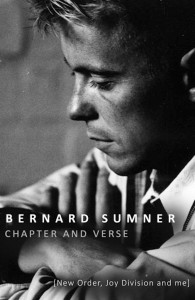 Hooky “To be truthful, I have to admit that I only have myself to blame for this because it was me that started the whole bloody book thing in the first place. So typically I brought it on all of us.

I enjoyed reading about Bernard’s early life in Salford. Indeed, personal prejudices aside, as we have both been a huge part of each other’s lives for some forty odd years and it was nice to hear more about his childhood. Although the part about Joy Division seems fondly written, I found a disappointing lack of revelation and attention to detail. In the band, we very rarely spoke about anything in depth to do with Joy Division, musically or otherwise. Even after Ian’s sad demise, we never planned or talked about how we felt after Ian’s suicide. I remain none the wiser.

When we arrive at the New Order section, this is where, in his own words Bernard “unleashes the gates of hell.” This section jumps about in time, at one point by some six years, but some of the stories shocked even me. In one, Bernard claims I’d had a vicious argument at Real World Studios during the recording of Sirens where I had called [the band’s longtime collaborator, art director] Peter Saville a “parasite.”

When I read this I had no recollection so I phoned Peter. “Pete, I’m really sorry if I did this but I can’t remember,” and he said “No, I don’t remember it either. It didn’t happen and I’ll tell you why I think that. If we had fallen out we would have had to make up and that I would definitely have remembered.” From then on, for me, Bernard became a very, very unreliable witness.

It seems, in a strange way that Bernard’s vitriol towards me has clouded out a lot of the things he’s achieved in New Order. To me, the problem with his recollections is that they are solely aimed at justifying the taking of the New Order brand name and good will in 2011 — an action I view as illegal and am still fighting. It’s like a vehicle to convince himself, the fans or even me that he was right to do so.

I found Bernard often very contradictory and his narration towards me is cruel and spiteful. We all have different memories and we all remember things differently. However Bernard only ever seems to remember the things that suit his purpose. This, in many ways, seems like an effort to sideswipe a “problem bassist” out of history, or at least his history.

A key point is that he says that my playing Unknown Pleasures with The Light outraged him and Steve and he goes on to assert that although they were “playing Joy Division and New Order songs at Bad Lieutenant gigs. But out of a set of, say, fifteen songs, we would play no more than three — and we only had one album’s worth of material ourselves.” Sorry Barney, we’ve done what your publishing house should have done and on at least these occasions, in Glasgow, Camden and Liverpool in March 2011 as well as at Friends of Mine Festival in May and at Roskilde Festival in July that year, Bad Lieutenant played seven JD and NO tracks in each of those performances.

Reading the book I began to wonder if Bernard ever had an argument with anyone who wasn’t called Peter Hook? He neglects to remember that in 1993 he fell out with Steve and Gillian over an interview where they said they wrote most of Republic. Bernard went mad and refused to speak to them or work with them again. He used to fall out with Rob [Gretton, the band’s now-deceased manager] all the time — mainly about money — and he used to fall out with Tony [Wilson, the late co-founder of Factory Records] all the time too. Yet, according to Chapter And Verse, he’s never had an argument or a mardy strop with anyone but me? Come on Barney….

In my opinion, the thing that he hated in New Order is that there was someone who would not go along with everything he wanted to do. We banged heads all the time and always have done ever since we started out. That’s what always made our music so exciting and intense.

It is a shame, not just for us and the fans, but maybe also for the book stores who won’t know whether to file this novel under fantasy or tragedy. Doing my New Order book as I am now, I have come to realise that in the early days we did achieve a hell of a lot together, we started New Order from nothing and made it successful against all the odds. We had a really good time doing it, loads of daft adventures. It’s a real pity that it’s ended like this. Realising how good we were, when the two of us argued, for the sake of mankind, maybe we should carry on arguing.

The reason, in my view of events, I split the band was that regarding Bernard I came to a point where I could no longer tolerate his behaviour. I am delighted but rather surprised to see such an about turn with him so seemingly happy in the book, loving touring, loving the fans, and loving life.

Maybe I should re-join the band now they’re all so happy? Now there’s a thought” ;)