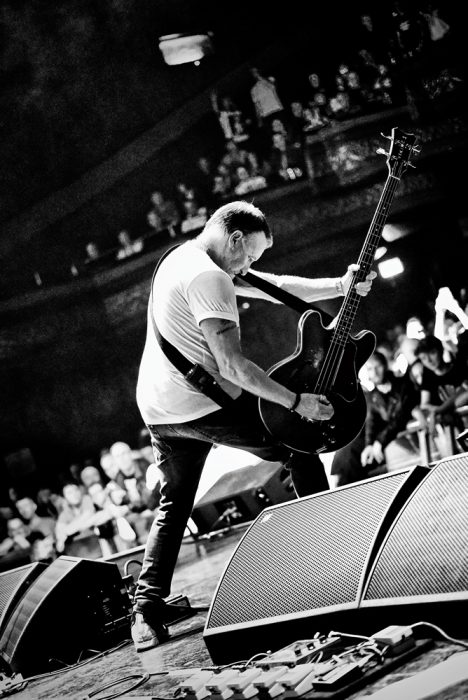 Peter Hook and the Light packed the Apollo on Friday night performing both New Order’s and Joy Division’s Substance albums in their entirety. Nigel Carr captures the event for Louder Than War below with photos by Ant Mulryan and Aidan O’Rourke.

There’s a real sense of anticipation in the air in Manchester tonight; Peter Hook is playing the greatest ‘hits’ of both bands, well as far as 1963, the last track on New Order’s Substance album that was released in 1987.

The idea of course is to play the albums from start to finish, with a few bonus tracks at the beginning; the opener Murder, from the first album, and Procession followed by Cries and Whispers from Movement. It’s a relatively sombre kick off as the early ‘crossover’ tracks lack the accessibility of the later, more dance oriented numbers. Hooky does his best to get the music across but he does seem to struggle a little with the delivery.

There are glimmers of light during upbeat tracks such as Confusion and Perfect Kiss which have the front of the audience dancing along. They should be ecstatic to hear all these wonderful tunes played live in their home town but the general feeling throughout this part of the set is more of swaying appreciation. The real punch, swagger and pure danceabilty of the originals being rather overpowered by the bass heavy wash.

Hooky plays the set with the same instrumentation he uses for his Joy Division stuff. In doing so he finds it tough to create the same high energy, pounding disco beat and excitement that you’d find at a New Order gig. I find myself yearning for the piercing keyboards and swirling synths, those sparkling backing vocals and the stunning visuals that his former band currently use. 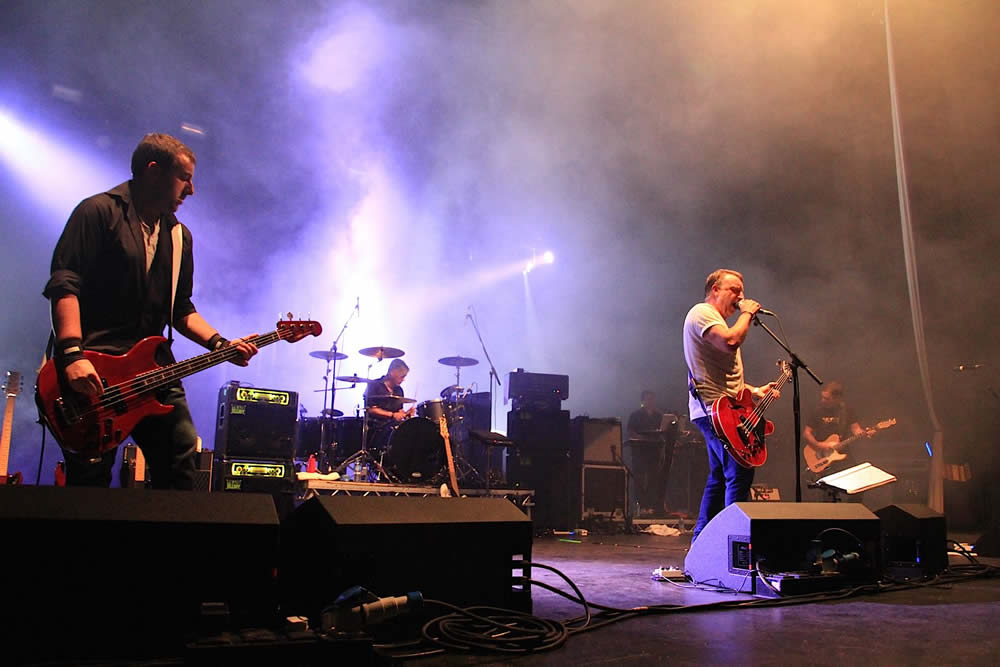 Stand out track of the first half is to Bizarre Love Triangle, his best vocal of the night so far, which sees the audience singing along, dancing at the front and cheering at the close. This gives way to the epic True Faith before dropping in tempo to a close with 1963.

After a brief interlude it’s time for Joy Division’s Substance. The band open with No Love Lost from the first E.P., Hooky dedicating the song to long time doorman and bouncer Sarge,  “… a very special person who is on the door tonight, he couldn’t stop me coming in!”, making reference to Sarge’s legendary door policy!

Suddenly the auditorium comes alive as Hooky and the band are on home turf so to speak. It’s a bass heavy sonic rumble and it works perfectly. By the time they get to Transmission the crowd is singing along, cheering and dancing in the aisles. As a long time Joy Division fan who saw them back in the day It’s just amazing to hear all these old songs played live so faithfully.

With She’s lost Control  there is a proper writhing mosh pit situation going on with people slamming in front of the stage, and a middle aged man is actually pogoing in front of me – mint!

The excitement wanes slightly during the slower Incubation and Atmosphere. The latter being dedicated to local impresario and Factory main man Alan Wise, who sadly passed away earlier this year. 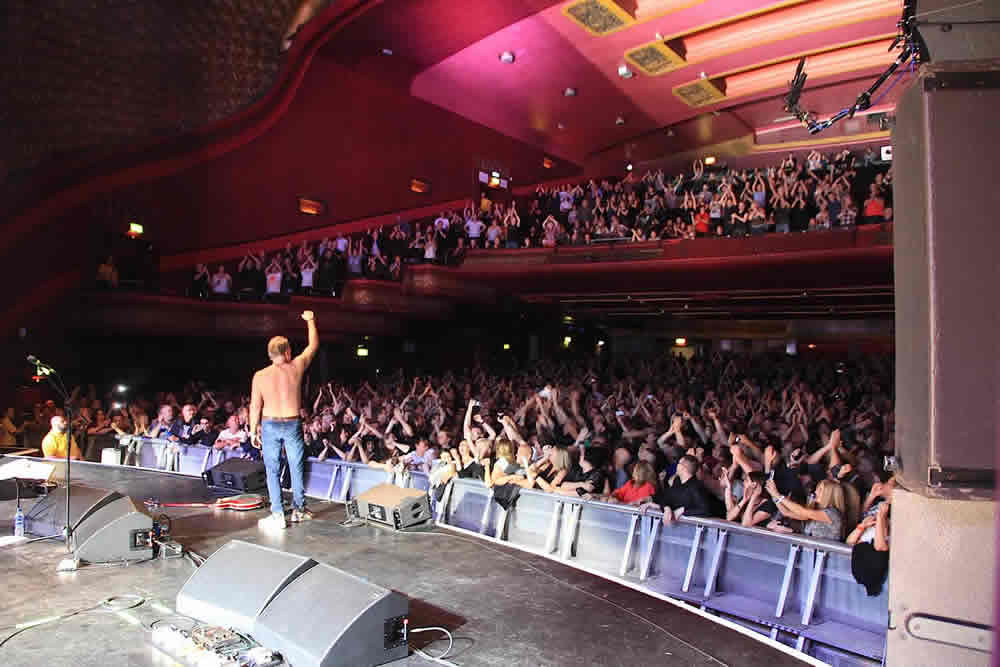 The set closes with Love Will Tear Us Apart which Hooky dedicates to ‘Curtis’ and Manchester Apollo explodes with delight. Everyone is dancing and singing along and the previous tense start is forgotten as the band repeats the first verse, keeping the momentum going. It’s an incredible moment and the auditorium is ringing loud with the chorus way after the song has ended.

Hooky comes to the front of the stage to thank everyone, takes his sweaty T shirt of and launches it in to the crowd. I think he is genuinely touched by the massive swell of emotion being directed at him from this audience.

What an incredible finish to a remarkable home town gig for the band. Hooky’s heart and soul belongs with Joy Division, long may it remain…

They were selling a triple live CD of the gig right after the show finished which was pretty impressive! You can buy it online from  https://bit.ly/TheLightLHNReleasesShop 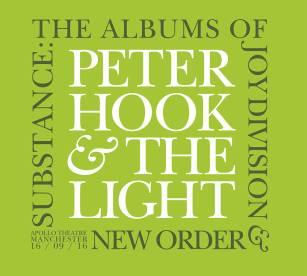 Peter Hook & The Light set off on their world tour commencing with New York on Friday 23rd September at Webster hall before returning to the UK in February 2017.

All words by Nigel Carr. More writing by Nigel on Louder Than War can be found at his Author’s archive. You can find Nigel on Twitter and Facebook and his own Website. Photographs by Aidan O’Rourke Whose website is here and Ant Mulryan whose website is here. Use of this text and photographs is prohibited without permission, please contact Louder Than War and the writer and photographers if you wish to use any part of this review.