Peter Hook And The Light will be performing New Order’s first two albums “Movement”Â and “Power, Corruption And Lies”Â with two unique, inaugural London and Manchester concerts in January 2013, the first at the legendary Koko in London Thursday 17th January and the second a distinctive and special event, taking place at Manchester Cathedral, Friday 18th January.

Tickets for both events go on sale this coming Tuesday 25th September at 9am. Links are below

Peter Hook is publishing his second book “Unknown Pleasures ”â Inside Joy Division”Â next week and undertakes a book tour from the start of October.

Tickets For Both Concert On Sale 9am Tuesday 25th September 2012

Alongside the performances of the albums in full and in sequential order, which has become one of the hallmarks of The Light’s live performances to date, the band are also set to revisit the many classic singles of the 1981 to 1983 including “Ceremony”Â, “Everything’s Gone Green”Â, “Temptation”Â and “Blue Monday”Â which New Order generally refused to include on the albums, considering the LP’s should stand alone in comparison to the single releases.

As with the other albums across the Joy Division and New Order canon, both albums have stood the test of time with the period marking the emergence of the new band and their developing sound whilst also, most notably on “Movement”Â referring back to Joy Division musical template.

In comparison, “Power Corruption And Lies”Â shows the emergence of what is generally termed the trademark, archetypal New Order sound. More open and optimistic than the title might suggest, the Peter Saville designed album cover takes the National Gallery owned “A Basket Of Roses”Â by Henri Fantin-Latour and makes the sleeve a piece of modern art which has been widely lauded since its release three decades ago.

Critically “Power, Corruption And Lies”Â was also more enthusiastically received than its predecessor with superlative immediately forthcoming from the very best sections of the music press. Containing some of the fans persistent live favourites such as “Age Of Consent”Â and “Your Silent Face”Â, it was this album that cemented New Order’s reputation and showed a cohesiveness and new found confidence emanating from the band.

As with the previous debut album concerts by The Light, both gigs benefit two charities, Mind, the mental health charity and Forever Manchester, a local Manchester charity which supports numerous community based initiatives. 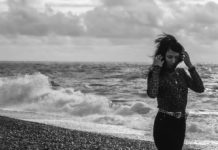 November 11, 2016
We use cookies to ensure that we give you the best experience on our website. If you continue to use this site we will assume that you are happy with it.Ok