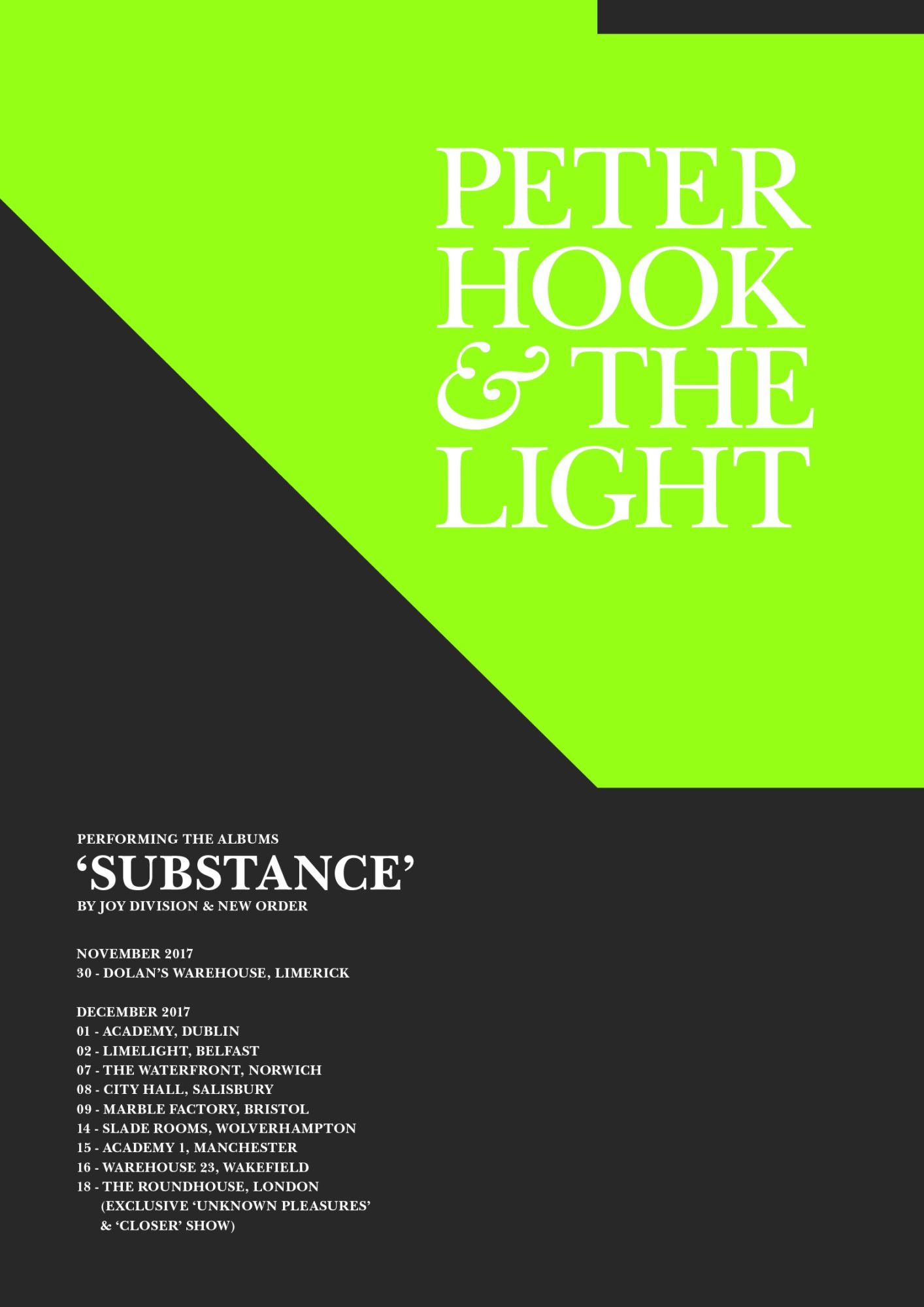 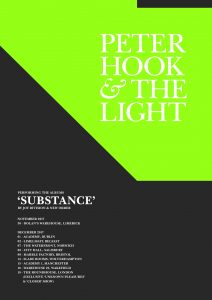 Peter Hook and The Light are to return to Ireland and play more UK dates in November and December 2017 as they return from their widely acclaimed world tour performing both Substance albums by Joy Division and New Order.

Having just wrapped up a string of UK dates, the Irish section of dates sees visits to Limerick, Dublin and Belfast whist the band also perform in Norwich, Salisbury, Bristol, Wolverhampton and Wakefield with a massive end of year tour homecoming concert also announced for Manchester Academy 1.

In addition, a special London return has been announced as The Light’s final show of the year at The Roundhouse, Camden where they will be playing Joy Divisions’ two albums in full along with a support set of New Order material.

Critical reaction from fans and media alike have been very strong with many commenting on the strength of the shows and performances. The debut Manchester Apollo show was awarded five stars from the Manchester Evening News – “the place is packed and the atmosphere electric” – and similar reviews and reactions have followed the band on their travels so far.

Released in August 1987, New Order’s Substance was originally conceived as a way for Factory Records boss, Tony Wilson, to play the New Order singles on the CD player of his new Jaguar car. Substance became the best selling New Order album ever upon its release, the double LP going on to sell two million copies in America alone.

Widely considered New Order’s strongest album, “their most popular, well known, highly rated and arguably the most influential” (Sputnik Music), Factory Records’ 200th release featured the bands seminal 12″ mixes of their singles as well as versions of ‘Confusion’ and Temptation re-recorded for the LP.

Running from “Ceremony” in 1981 up to “True Faith” in 1987 (again recorded especially for the album), the set takes in the high points of New Order’s catalogue, including “Temptation”, “Thieves Like Us”, “The Perfect Kiss” and “Bizarre Love Triangle”.

Released the following year in July 1988, Joy Division’s Substance features all the singles which did not appear on the albums such as “Transmission”, “Komakino”, “Love Will Tear Us Apart” and “Atmosphere”, as well as their b-sides, tracks from their EP “An Ideal For Living” and the Factory Records sampler.

The albums Unknown Pleasures and Closer will be performed at The Roundhouse, Camden on Monday 18 December 2017.