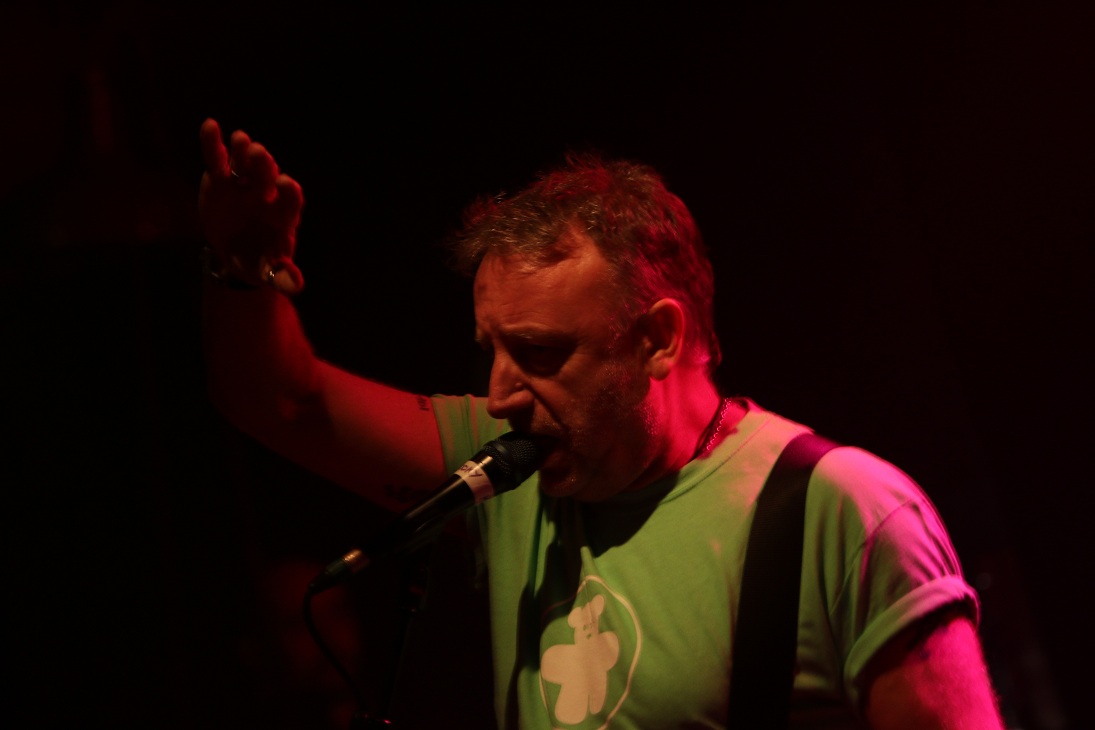 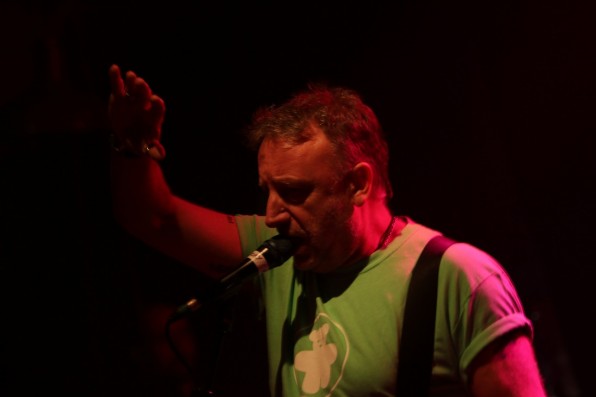 Peter Hook and The Light

On night number one of Peter Hook and the Light’s three night Hebden Bridge residency Paul Clarke finds Hooky in a respectful and emotions tugging mood as he and his band work their way not only through Unknown Pleasures and Closer but also Love Will Tear Us Apart.

Unknown Pleasures was the album that blew my fifteen year old mind and on the first of a three night residency at the Trades one of the key architects of that masterpiece took a man nearing fifty right back there.

Tonight they are also playing Closer and it’s fascinating to be able to hear what a quite phenomenal leap forward they took in the short months after their debut. Unknown Pleasures was great, but Closer is testament to just how good they could have been. 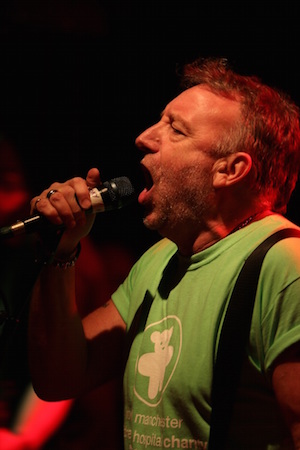 Some have questioned Peter Hook’s right to take on this iconic material, but he was in the room when the songs were created, and he was no mere bystander as his utterly distinctive basslines were central to Joy Division’s sound.

The good news is that Hooky is not in class clown mode, but determined to show due reverence to words written by a lost genius, and songs that are in the crowd’s musical DNA. Yes, Hooky is no Ian Curtis vocally, but in fairness he is not daft enough to think he is.

In a strange way Hooky’s gruff baritone suits the material well as he launches into Exercise One, but he really hits his stride in an intense Leaders of Men with the crowd mouthing the words.  Hooky cleverly mixes up the songs from both albums and Isolation is a highlight as Curtis bared his soul to the world.

Hooky may play the fool but he is one smart cookie recruiting a top class band to bring this material to life. The Light are much more than a backing band to his ego, and in his old Monaco mucker Pottsy he has a guitarist who is an infinitely better player than Bernard.

Heart and Soul remains a crowd pleaser as fans young and old hit the chorus, and as Decades shudders to an end my mate turned to me as Hooky spits out Ian Curtis’ tortured words  saying ‘why did no-one think to ask him was he alright?’ There is also a certain irony in Hooky singing ‘here are the young men’ when we clearly aren’t, but in our hearts we will always be teenagers as that feeling never really leaves you. 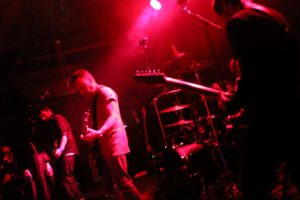 After a short break it is into the ‘hits’ and some choice B-sides most bands would have given their right arms to have written. There is a moment when Hooky moves from an epic She’s Lost Control into the mighty Shadowplay when my heart starts beating so hard a defibrillator might be in order.

Atmosphere is the song that will be played as my coffin makes its final journey and as Hooky intones the words I feel myself welling up as I’m reminded how music is always where I turn in good and bad times. A joyous take on a staggeringly good B-side These Days sets us up for the hit record that defines Joy Division.

Now, you wouldn’t expect to see The Stones and for them not do Satisfaction, so it is entirely fitting that Hooky does Love Will Tear Us Apart, which appropriately turns into a singalong as people who have heard this song thousands of times reconnect with its perfection.

So Hooky has answered his critics because he shows due respect to the songs he co-wrote, but also brings them back to life in a way that is fitting to the legacy. Watching a bona fide legend working a small room is far more appealing than watching a tired New Order joylessly trotting out the hits in a stadium.

As we explained here this show was recorded by Abbey Road Live and is available to purchase as a CD or DL via their website. The remaining two nights will also be recorded and sold as separate CDs or you can buy a bundle of all three. Any items bought on the night(s) or pre-ordered will be signed.