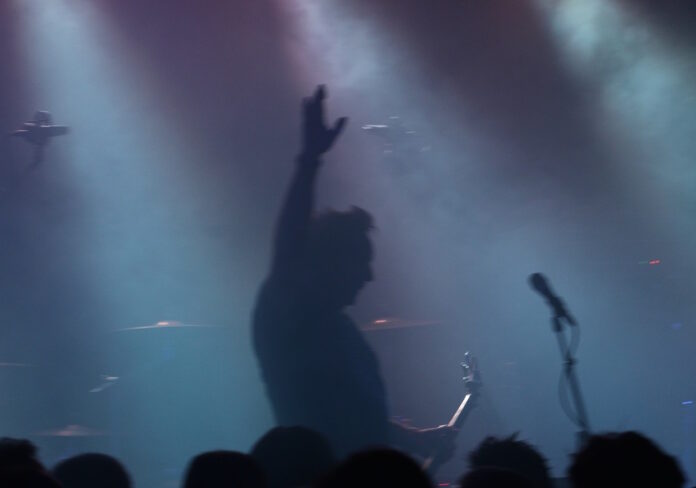 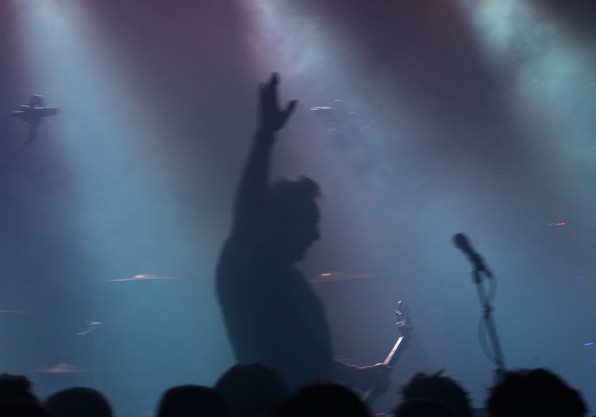 Peter Hook and the Light,

It’s day two of Hooky’s three night residency at the Trades Club and tonight he is performing Movement and Power, Corruption and Lies plus some cracking singles. (Our review of day one is here.)

When Movement came out I thought at the time ‘is that it?’

I understood it was a damaged band working through their unspoken grief after losing their leader, but it seemed so ordinary at a time when extraordinary music was being made. 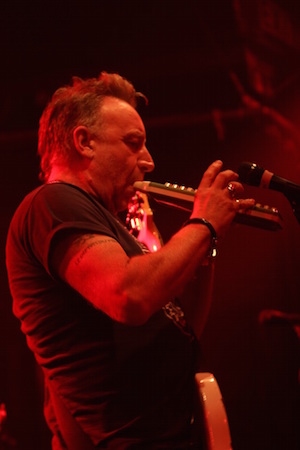 It probably didn’t help that Martin Hannett’s genius had disappeared into a bottle just when they needed direction and I really thought the game was up for them. I wasn’t looking forward to Hooky working his way through New Order’s weakest effort.

And so it came to pass as, despite Hooky being visibly more relaxed than the previous night when he was doing the two Joy Division albums, doing Movement just felt workmanlike. That’s nothing to do with Hooky or his band, but weak source martial that doesn’t really come to life even in a small venue like this.

It is worth remembering that all three surviving band members had a go at being the vocalist before the album was being recorded, and given Hooky’s very decent vocals you wonder if they choose the wrong man going with Bernard’s wispy voice.

It was fun to see Hooky do the two songs – an excellent Dreams Never End and a suitably doomy Doubts Even Here – he sang lead on, but despite the Light’s best efforts even on a decent track like The Him it just shows Movement is a relic – if a necessary bridge between two great bands.

It was also interesting Hooky was playing far more bass than the previous night as he seemed happy then to leave the four string action to the talented Jack Bates in case he ballsed up the Joy Division legacy.

Now, I must declare an interest here – Power, Corruption and Lies is still my favourite New Order album. All my doubts were swept away when the needle hit the vinyl in 1983 and the joyful driving bassline of Age of Consent boomed out of the speakers. The boys – plus Gillian – were back with a bang and I rejoiced.

Tonight as Hooky hits those notes the smiles lit up on the band’s faces and there was a very different energy in the room from then on. Live music is at its best a communal experience so it was moving to look across the room to see a bloke about my own age close his eyes to sing The Village’s beautiful refrain: ‘Our love is like the flowers / The rain, the sea and the hours.’ 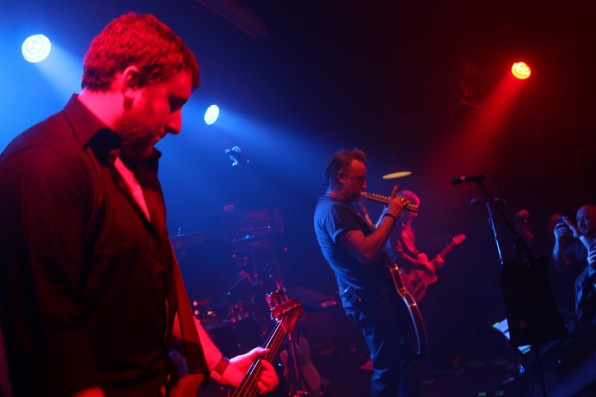 Until this point keyboardist Andy Poole had been a little redundant, but he comes into his own now as this was the point New Order rediscovered synths, setting themselves up to ride the dance tide that engulfed Manchester as house records were imported from across the pond.

For me, the moment you knew New Order were back on it, and were going to be formidable pop act, was Your Silent Face and they do it justice with Hooky intoning those glorious words: ‘no hearing or breathing, no movement, no colours, just silence,’

New Order were as perverse as Joy Division in not putting their best singles on the album, so the set closed with a titanic head to head between Ceremony and Blue Monday. But it was absolutely no contest as the crowd broke into a slightly arthritic rave almost screaming the words to Ceremony. It was a school night so no MDMA, but the broad smile on Pottsy’s face was testament to a moment of total communion between band and audience.

So, Movement may have been a let-down tonight like it was at the time, but Hooky was right to play it as you can’t understand their history without putting it into context. In contrast Power, Corruption and Lies is a key album in British pop music created from the sheer Mancunian bloody mindedness of a band who refused to go quietly.

Check out our review of day one here.

As we explained here this show was recorded by Abbey Road Live and is available to purchase as a CD or DL via their website. The remaining night will also be recorded and sold as a separate CD or you can buy a bundle of all three. Any items bought on the night(s) or pre-ordered will be signed.