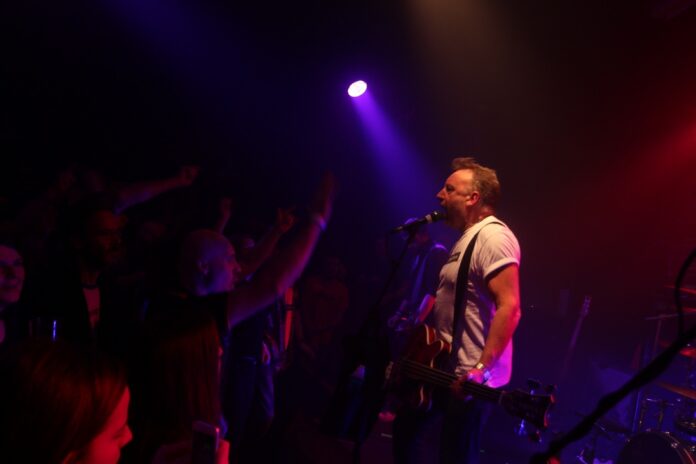 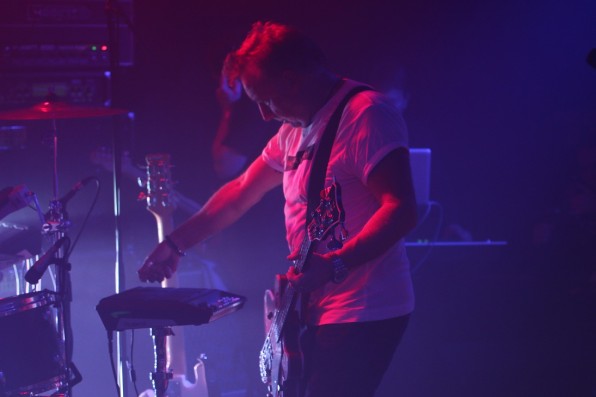 Peter Hook and the Light

It was party time at the Trades Club as Peter Hook and the Light ended their three night run with Low-Life and Brotherhood.

There are some albums that manage to capture the musical zeitgeist in a credible way whilst still selling squillions of copies and Low-Life was one of those.

It seemed fitting for Hooky and the Light to end their romp through his rich back catalogue in party mode with a room full of Hacienda and Ibiza veterans. You could feel the love in the room, but minus the chemical enhancements on a school night, which made the visceral reaction to the music even more moving. 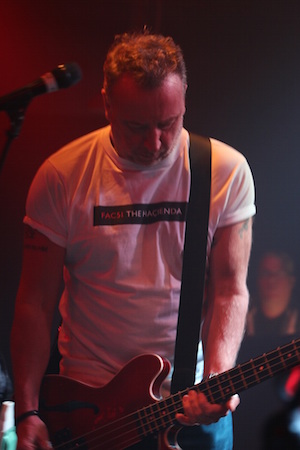 This three night run though six albums has taken us from the industrial wastelands of 1970s Manchester through to the hedonism of the Balearics, and what we have learnt is that Joy Division remain the greatest of Northern bands, but out of tragedy emerged a band that was just as good.

Over the last five years Hooky has reasserted his right to play these songs and The Light are no mere backing band as they not only recreate the songs but breathe new life into them. Mind you, the songs are of such breath-taking quality you would be hard pressed to mess them up unless you were utterly incompetent which The Light, underpinned by Paul Keogh’s flexible drumming, are not.

But we were in a mood to celebrate and this time with a string of big hit records as New Order crossed over into the mainstream with Low Life that a friend described as a ‘seminal album in my life’. So no pressure there Hooky, but New Order’s crafty blend of guitars and synths remains potent.

You know it is a quality set when you can throw a classic single like Thieves Like Us as the third song, and it just builds from there with the first forest of raver arm waving as they hit Bizarre Love Triangle.  It says something about how good they were at this time that neither track appeared on an album.

Hooky throws in a breezy One Of These Days before his Monaco mucker Pottsy takes over vocal duties on Sooner Than You Think. Sometimes you have to smile at Bernard’s misanthropic words as Hooky spits out ‘Oh, how I cannot bear the thought of you’ in Face Up which seems kinda ironic given the recent rift. Low-Life remains a classic and they do it justice here. 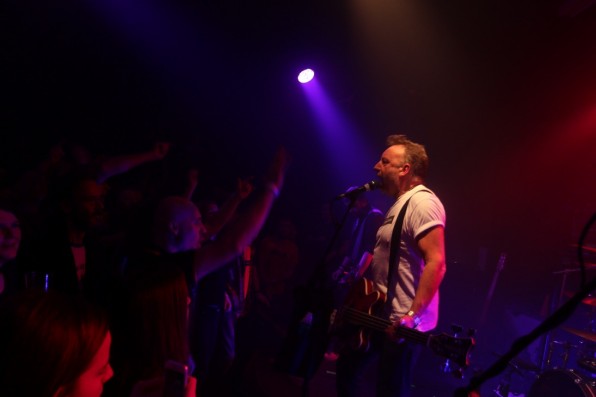 Brotherhood is the weaker of the two, but that’s a bit like saying Booby Charlton wasn’t quite as good as George Best. Love Vigilantes draws us in before another gem in The Perfect Kiss. Only Bernard could seriously throw in a charming couplet like ‘I think you are a pig / You should be in a zoo’ which always raises  a quiet chuckle from me during Every Little Counts.

Once the albums are out of the way Hooky has been throwing in those songs that were singles or B-sides, so there’s a magic Shellshocked and an epic Confusion which should have been more than enough to leave us sated. 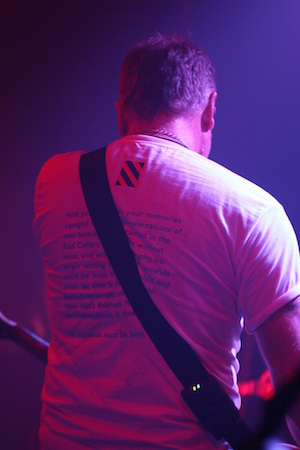 Not so, as the gang went out on a natural high as True Faith took the fortysomethings right back to FAC 51 mouthing the words with arms reaching to the sky. This is why people go to gigs because we need and want that sense of community with perfect strangers which Hooky understands. As a special treat they ended with Love Will Tear Us Apart which turned into a singalong, but also served as a thank you to the band for a great night.

Some people had jetted in from South Africa and Australia for these three nights so it is testament to the greatness of Curtis, Sumner, Morris, Gilbert and Mr Hook that with 80 songs played over the three nights there was not one duff track. Yes, some are stone cold classics, and others that are rightly album tracks, but their quality control was astonishing, especially as they and Wilson didn’t seem to have a game plan at any point.

Hooky always looked like the only one in New Order who actually liked playing live and he brings that energy to this project while showing the right amount of respect to the contributions of his lost friends. But best of all, Peter Hook and The Light entertain, while still retaining their own integrity and that of the music.

Check out our review of day one here and day two here.

As we explained here tall three shows were recorded by Abbey Road Live and are available to purchase as CDs or DLs via their website.