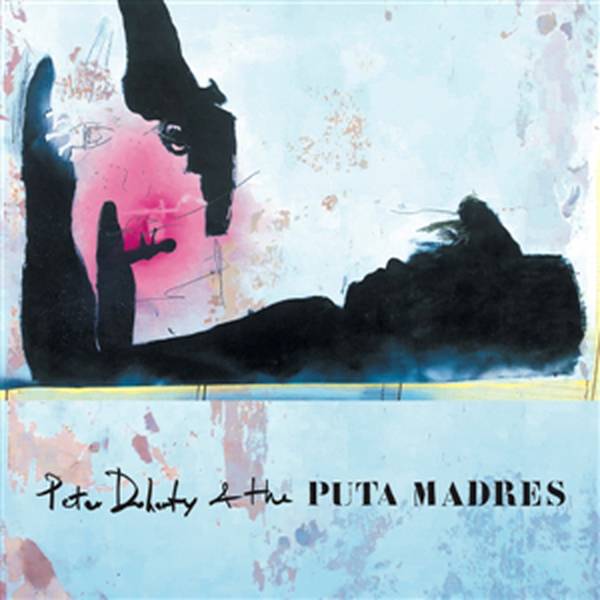 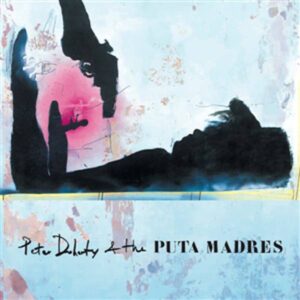 Peter Doherty returns with his new band and shows that he still has a special touch when it comes to crafting songs that draw you into his romantic view of Albion.

While he still may be fixated on spraying blood paintings across the walls while in some way reveling in a romanticised ideal of squalor, on the evidence of Peter Doherty’s latest project, the days of careering through a ramshackle of about-to-fall-apart garage rock are behind him, for now, replaced with a more wistful and longing view of an Albion that remains rooted deep within his sense of being.

Opening with All At Sea, the record from the off is more subtle than any of his past output, with acoustic guitars gently wandering through twisting violins and Doherty’s own unique vocal drawl, half drunken, half dreamy. It has a feel of an early Dexy’s outtake that should never have landed on the cutting room floor. His inclusion of the most English of tongue-twisters, dropped in perhaps as a nod to his new seaside town of Margate, roots the record in the Albion that he has always yearned for. The short and quick, slightly out of place guitar licks that have been a signature of his sound over the past two years are of course still present, linking the record closely with all of his previous work. However, with his new band, there is a tightness in the songs and rhythms that was missing from his work with Babyshambles, evident on lead single Who’s Been Having You Over, although it’s the closest he gets to that sound of old. The danger that it could all fall apart at any moment has been replaced with a sound that is stronger than any of his work outside The Libertines. Where he and his band are best on the record is when they are swimming in wistful wishes, such as on current single Paradise Is Under Your Nose, which also sees Doherty singing better than ever, a lilt that draws you in and pushes you floating out to sea. The string sections come to the fore and prove that, in many ways, they are the strength behind much of the beauty of this new project.

What is clear from the record is that there is a mellower and gentler soul coming through with strength. Someone Else To Be drifts along on slowly surging waves of rhythm urging that we “ride into the sun” (homage to or simple and blatant rip off Velvet Underground, you decide!). A cheeky poke at Oasis, telling us not to put our lives in the hands of a rock ‘n’ roll band, brings a smile out, especially considering the Twitter attacks that Doherty has previously had from Liam Gallagher. The Steam adds a more gypsy-punk style to the sound, distorted violins and rolling drums propping the song, before the most plaintive song on the record, Travelling Tinker, comes in with the simplest of organ touches and strings that drift under Doherty’s softest vocals on the record. It could be a song in itself but is merely an overly-long introduction to a more raucous knees-up verse that fires in and out. Again, the song draws on the Kevin Rowland school of songwriting. In the end, it slightly outstays its welcome. Clocking in at close to seven minutes, its length takes some shine off its charm.

The first half of the record is definitely stronger and clearer in its own identity than the second half. Whilst songs such as Lamentable Ballad of Gascony Avenue still shine with almost dancehall jazz guitar licks under the ragtime rhythm, the overall feel is more what we’ve come to expect from Doherty, which, after what has gone before somehow leaves you wanting. Shoreleave continues in the same vein, before halfway through dropping down into a crooning that leads up into a riotous folk jig. The structure works in much the same way as Pulp’s Mile End, albeit with Doherty’s indelible style stamped all over.

Those who doubted that Doherty would ever reach 40, and let’s be honest, there are a lot who over the last 17 years have, tend to fall into two camps. The acolytes who still view him as the last bastion of rock ‘n’ roll, a character long needed and yearned for in an increasingly sanitised musical landscape, and those who regard him solely as a junkie, and subsequently disregard his musical output. But, if possible, putting all his back story aside, this latest release shows that he still has a gift for wit and charm about his music and lyricism, one that sets him apart from many of the songwriters of his generation, and one that places him in a lineage of those that, despite his multi-national backing band, revel in their own Englishness.

Watch the video for Paradise Is Under Your Nose below: