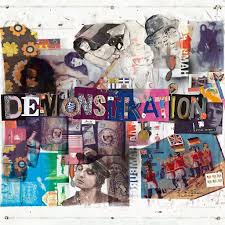 Peter Doherty, as he is known these days,  releases his first solo album in seven years.  Is the talent still there?  Louder Than War’s Michael Halpin finds out.

Recorded in his Hamburg studio, one would have thought (or hoped) that the prospect of a more level headed Peter Doherty recording an album in one of the most exciting cities in Europe could not possibly fail, and although Peter Doherty has not failed exactly, ‘Hamburg Demonstrations’ has not really triumphed either.

The days when the indie community gushed over a half-arsed acoustic Doherty number are over. It was once endearing; now it’s just a bit boring.  Although any kind hearted person will be glad that we no longer listen with the concern that the man may not actually make it all the way through the song,  at least when he sounded like he meant it, we were willing the guy to keep it together.  On ‘Hamburg Demonstrations’ the main problem is that Peter Doherty sounds like his heart isn’t really in it.

Opening number ‘Kolly Kiber’ suffers from having backing vocals that do not appear to fully fit, while ‘Birdcage’ makes you wonder, if Peter Doherty sounds that lethargic that he cannot seem to muster the energy to sing or play properly, why should anybody want to listen properly.  The slurred vocal delivery is nowhere near as engaging as when one of British music’s once brightest hopes is on form and willing to sing his heart out.

Lyrically he is still capable of hitting the spot. Lines like “you’re too pretty and I’m too clever” show that the light hasn’t completely gone out but again that glimmer of hope makes ‘Hamburg Demonstrations’ all the more frustrating.

Much of the problem is ‘Hamburg Demonstrations’ incoherent and erratic nature.  Some numbers sound half-baked while others, namely ‘Hell To Pay At The Gates Of Heaven’ and ‘I Don’t Love Anyone’ sound beautifully complete, and when you are reminded just how good Peter Doherty can be, it leaves you feeling short changed when he does not quite hit the mark he is known to be capable of.

The call to arms that is ‘Hell To Pay At The Gates Of Heaven’ with the wonderful lyric “Come on boys you gotta choose your weapon, J-45 or AK47”, pleads for the young to form bands rather than join the army and is classic Doherty. ‘I Don’t Love Anyone’ (first version) is also Doherty at his best but quite why we need to hear two versions of the number on such a short album is something of a puzzle.

‘Oily Boker’, ‘A Spy In The House of Love’ and ‘She is Far’ also fair well but the Amy Winehouse tribute in the shape of ‘Flags Of The Old Regime’, however personal it may be to Peter Doherty himself, is simply not an endearing number and it’s not even that the subject matter is painful, it’s more the delivery of the song.

‘Down For The Outing’, aside from a pretty messy guitar solo, passes without much incident, as does ‘The Whole World Is Our Playground’.  Did a Libertines song ever pass without incident? Not that I recall.

It goes without saying that Peter Doherty can do better than this.  It sounds like he just needs to care enough to do so.