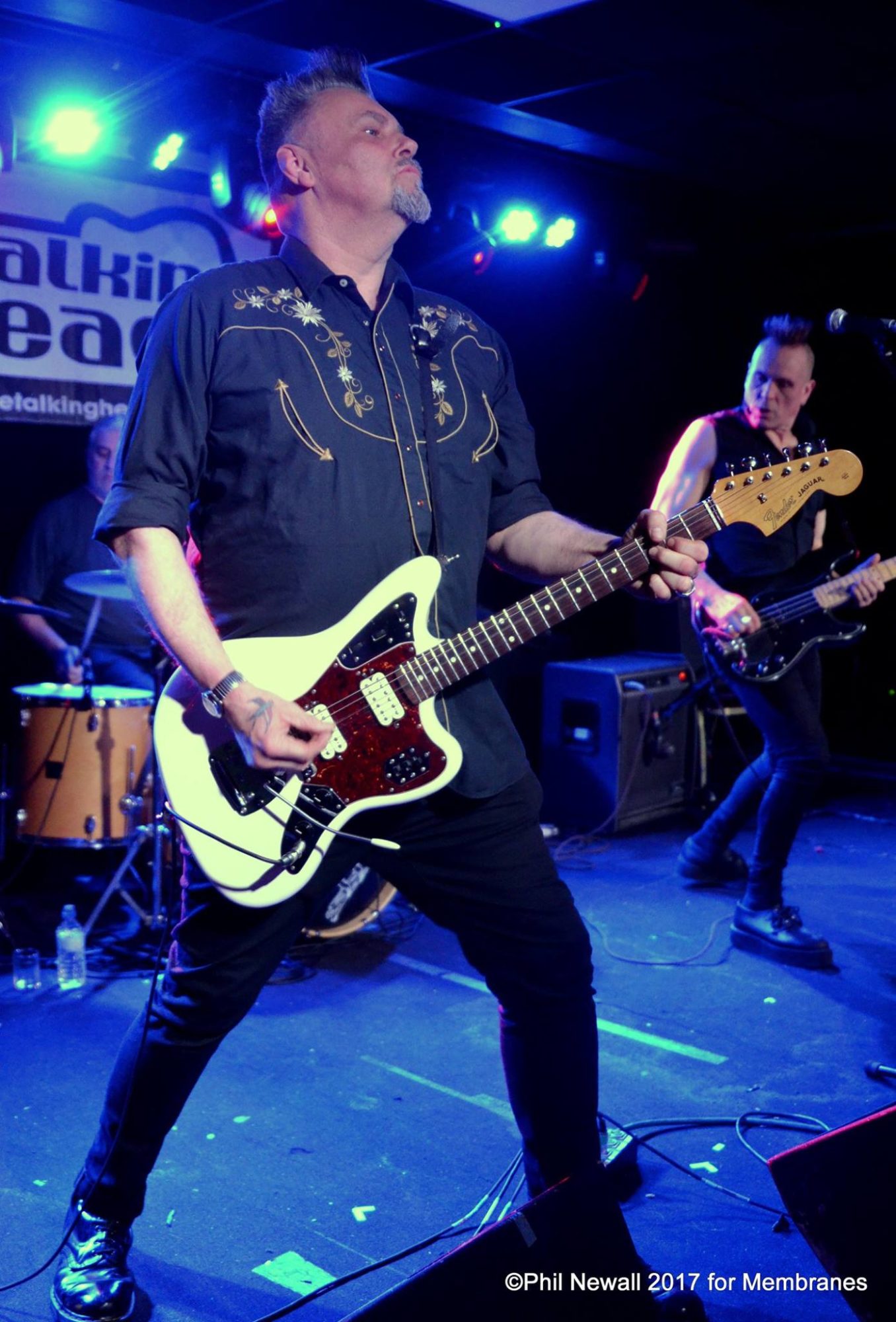 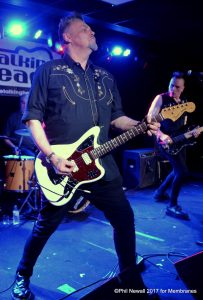 Peter Byrchmore has been playing outstanding guitar for years for the likes of the Nightingales, Goldblade, UK Subs, the Membranes as well as a whole host of sessions with his home city Birmingham underground scene and his own band Gorgeous. His distinctive quiff and skill at any style have marked him out for decades and he was key to the Membranes acclaimed Dark Matter/Dark Energy album.

This month he will be playing with his band, the Membranes at their big Membranes gig at Manchester Ritz on Saturday April 29th with their 20 piece choir and special film about the universe. Also on the bill will be Brix and the Extricated, Evil Blizzard, Dub Sex, The Blinders and The Empty Page. The gig is only £10 and tickets are selling fast. All details from here.

Strange, psychotic, psychedelic and bruising songs with Jackie Leven’s incredible voice. DxD are completely forgotten and it’s a travesty. Had they been from across the water they’d be as revered as Television. As it is they remain unique. Listen to ‘The Palace of Love’ to its terrifying conclusion and you’ll have some idea what it did to this 14 year old’s head. The follow up album Gypsy Blood is similarly amazing.

After their brutal and brilliant first two albums The Saints were falling apart. Stuck in England with vocalist Chris Bailey and guitarist Ed Kuepper not really talking, they somehow recorded this jaw -dropper of an album. Songs like ‘The Chameleon’ sound like some sort of primordial blueprint for centuries of great music to come.

What with Henry Cow’s fevered inventiveness and Slapp Happy’s knack for skewed pop magic this was always going to be a winner. And to cap it all you have Dagmar Krause’s epic voice. ‘Kin brilliant.

Talking of fevered inventiveness, Bill Nelson is the national treasure few people have heard of. This second album from his adventurous Art-Rockers has everything from Brass Bands to blinding ‘hit that nearly was’ ‘Maid In Heaven’. Bill still makes wonderful music, y’all should check him out.

To be fair it’s tough cos I love so many of Kevin’s records but this album is so staggeringly moving and brilliant it has to be here. Originally a theatre production, Kevin and Dagmar play out a destructive relationship through a suite of songs. Sounds trite but in reality it’s as far from that as you could get.