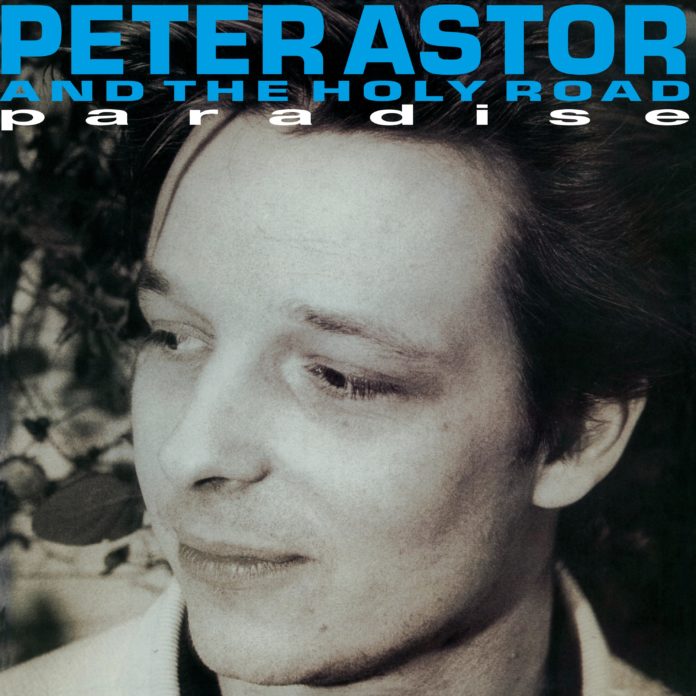 A welcome reissue of The Loft/Weather Prophets front-man’s post-Creation Records 1992 album, which is another shining example of his brilliant songwriting. 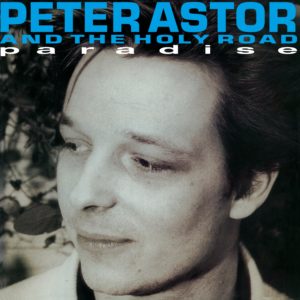 The early nineties was a funny old time, wasn’t it? So much music about, so many directions to turn to as a fan. Some of us ’80s indie freaks who worshiped at the altar of Creation Records, which included Peter Astor’s The Loft and The Weather Prophets, were too distracted by the blossoming dance scene to notice that this most excellent songwriter was still making great records as he had done, a few years previously. So it’s time for a long overdue catch-up, and this comes in the shape of this re-released edition of Paradise, his third solo offering, thanks to Germany’s Tepete Records, also home to Monochrome Set and Comet Gain. Well, I say “solo”, but it isn’t really that, because while his name is on the sleeve, his band the Holy Road get joint credit. And it is definitely a band record. In fact, Astor reunited the original players recently, to launch this reissue. The Holy Road bring much to Astor’s already brilliant songs. Let’s get one thing straight: a man of Peter Astor’s caliber writes the kind of songs that are strong enough to stand up in any kind of setting, with any kind of backing/production, or just played solo. The general mood on Paradise is similar to The Weather Prophets’ lighter, more laidback side. His trademark mellow vocal style and his poetic lyrics are both present and correct. Guitarist Wilson N Scott colours Astor’s songs with gentle washes of guitar that meander, wrapping themselves around his words, sometimes with a country feel, sometimes through effect pedals and at times reminiscent of Robin Gutherie or Felt’s Maurice Deebank.

The music scene was a fast-paced, cruel and unpredictable beast, from the time of Astor’s earlier Creation Records output to the original release of Paradise. In a parallel universe, Astor would have been riding high in the charts, making the most of the scene he helped create the previous decade. But on that front, a lot of things just don’t make any sense. After setting the independent music scene on fire with the genius single Almost Prayed, why did the Weather Prophets’ 1987 debut album, Mayflower sink without a trace, when Creation went into partnership with Warner Brothers? (Ditto Primal Scream’s Sonic Flower Groove, the same year) And yet only a year later the majors were fighting over their label-mates, The House of Love… And then in the ’90s Creation was catapulted into the mainstream with the likes of..well, you know who, and that whole Britpop thing, etc etc. And all this time, Peter Astor, whose music laid the foundations for all of that, was quietly creating brilliant music for an underground audience.

But looking at Peter Astor’s face on the sleeve for Paradise, he looks as if he doesn’t care about any of that. And who would, after making such a great album? Listening to it now, it’s just a great record: timelessly beautiful songs, dreamy and romantic lyrics, sometimes a little dark, and always showing Astor’s genius as a storyteller. There’s a lush and laidback  production style across all of the songs on this wonderful album, and it’s highly addictive. Get a little Paradise into your life.

Paradise by Peter Astor and the Holy Road is out now on Tapete Records. Check their Facebook.