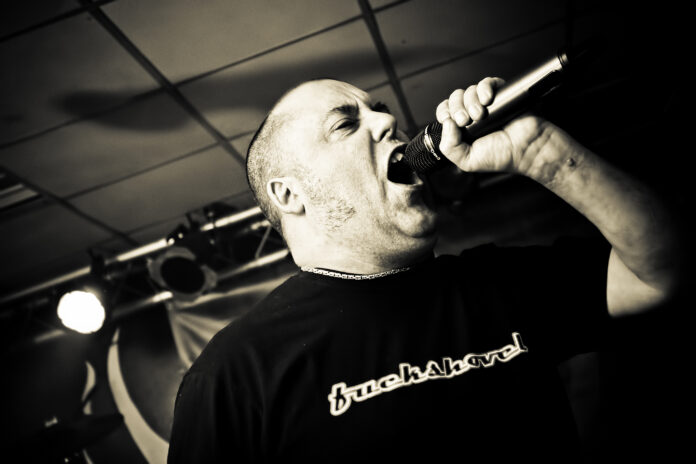 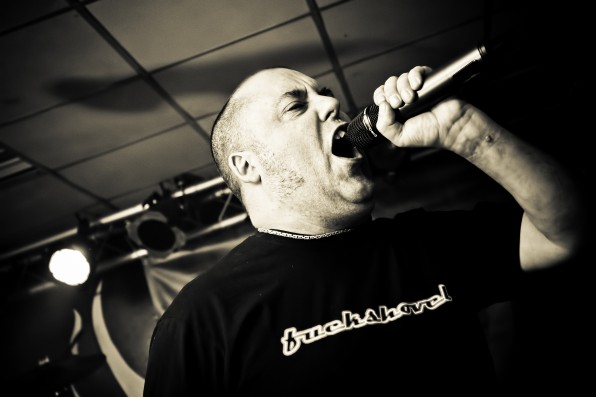 A raucous night at The Yardbirds with local heroes Ming City Rockers and Peacehaven’s finest Peter And The Test Tube Babies. idp reports from the front line.

Peter And The Test Tube Babies are from that end of the punk spectrum that sometimes gets called punk pathetique. It’s a magical territory filled with whimsical humour and silliness, home of such classics as Nellie The Elephant by the Toy Dolls and Splodgenessabounds’ Two Pints of Lager And A Packet of Crisps. Peter and his merry band are standard bearers for the campaign to keep music loud and jolly and vulgar.

They enter to shouts of ‘Up yer bum!’, ‘You fat bastard!’ and ‘Peacehaven’ (their home town) before exploding into their setlist which features a selection of favourites from throughout their careers including Never Made It (To the Bog On Time), Shitstabber, Transvestite and Up Yer Bum.

Scatological, juvenile, and irresistible PATTTB lead an appreciative audience on a journey to a magic land where nasal mucophagia, clerical onanism and the idea of the queen having it off are still about as funny as the world gets. Lead singer Pete Bywaters prowls the front of the stage with cheerful menace belting out lyrics which are mostly short stories about modern life and its deficiencies and booze and women and pubs and fighting and booze – it’s ideal Valentine’s Night fare and the crowd love every minute.

In truth they are pretty funny and they have a pile driving sound capable of bludgeoning any doubters in to submission and they have plenty of fans in the room when they start and more when they leave.

Which brings us, in a spirit of anti-chronology to the evening’s opening act, Ming City Rockers. Round these here parts they’re reckoned to be on their way to the big time, The biggest thing to come out of Immingham since The Pilgrim Fathers, (Ming is short for Immingham just in case you’re into etymology), and I’ve been told about them so often in the past that I can’t believe I’ve never heard them live before, so just hold on to your hats because I’m about to go all Keith Goldhanger on you. 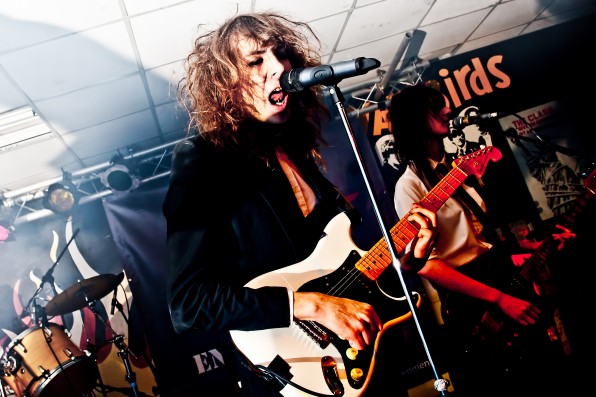 …ONLY MORE SO because of the capitals.

It’s a bit like being present at the birth of a whole new genre. There’s a juggernaut of an adrenaline filled punk engine running behind the band but mixed in with so many layers and strands of other sounds that I lose count. These guys must have a very extensive record/cd/mp3 collection and they’ve spent a long time listening to it and absorbing it because as well as The Stooges and MC5 I can hear Bob Dylan, The Sweet, T Rex, any number of psych bands that I’m not knowledgeable enough to recognise but I know they’re there, a bit of rockabilly maybe plus a few nods to noise rockers of the moment Palma Violets (who Ming City Rockers supported during their recent tour).

They open with what sounds like a wild super speed Subterranean Homesick Blues, then Off Your Head with some screaming psychedelic guitar and an up tempo version of Robert Johnson’s Crossroads that seems to take the original to pieces, shake it up and put it back together in a different order, still recognisable but entirely different from what it had been.
So keep your eyes on this band – they’ve got new material on the way soon and sometime soon maybe we’ll all be staying up till dawn, dancing and singing with the sweat pouring down our bodies and pooling in our socks and it will be Ming City Rockers booming out of the speakers. Thanks Keith.

Peter And The Test Tube Babies are on the web here. They’re also on Facebook, Twitter and MySpace.