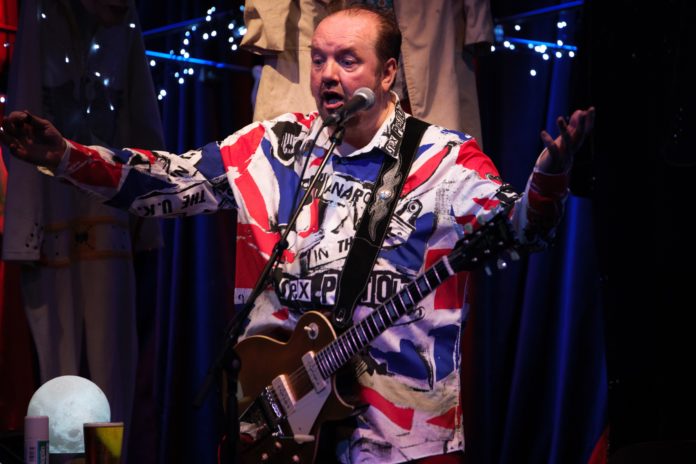 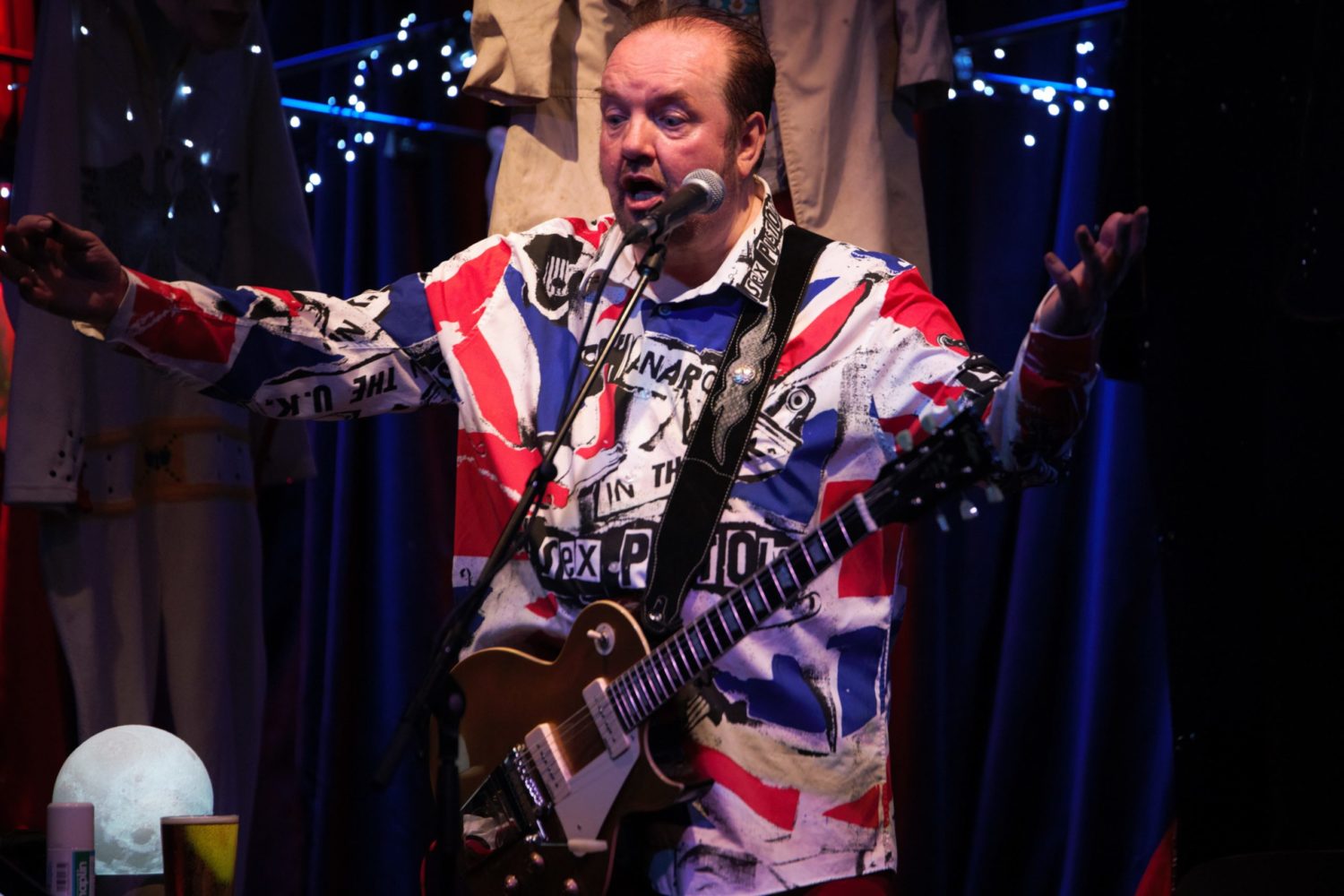 Paul Clarke (words and photo) catches up pop genius Pete Wylie as the Mouth of Merseyside sings and talks….a lot.

WARNING: on this tour mixing music and (lots of) chat Pete Wylie is doing two sets.

I wandered into the Trades Club around the time when the headliner usually goes on only to find the Mouth of Merseyside had already done one set of this new format where he plays the hits and offers anecdotes from his colourful career.

An unfortunate mix of physical and legal problems left this hugely talented and songwriter in the career doldrums for far too long, but for connoisseurs of classic pop songs with big choruses it’s good news is that he’s back.

Ostensibly these solo shows are plugging his comeback album ‘Pete Sounds’ – which as he points out is his first ‘this century’ – although in reality this is a night where Wylie is pretty much in conversation with himself, with more than a little help from the fans who are happy to banter with him.

Sometimes you can go to a gig and just feel the love in the room where the audience is almost physically willing the act on to succeed. It was the same when folk singer Nic Jones and Edwyn Collins, who have both had serious health issues, played here.

Despite all his bravado, Wylie was clearly a bit nervous, sometimes losing his thread, as well struggling with the laptop that triggers his pre-recorded backing tracks, but as the set went along he relaxed realising he was among friends.

It also helps when you have some bone fide pop gems, and there’s not many acts who can open a set with a banger like ‘Come Back’, which showcases his gift for melody as he added live guitar to the mix.

Along the way, we get loads of patter as Wylie meanders through his career high and lows. It was funny to hear about John Peel ringing his mam’s house for a chat, his love/hate relationship with Ian McCulloch or telling Paul Weller to “fuck off” because he thought it was one of his mates phoning up for a wind up. It’s not all laughs as he pays tribute to his best mate and long-term collaborator Josie Jones who died a couple of years ago. He’s even promised to reform Wah! Heat which won a big cheer

As well as the classics he threw in a couple of new ones from his well-received new album and Free Falling (In Love With You) was classic Wylie, but with the wisdom of hard won experience adding an edge to the bittersweet words.

The most moving moment of what was a pretty emotionally incontinent affair was Wylie talking about being invited to support the Hillsborough families who were denied justice for so long. He dedicated the anthemic ‘Heart As Big As Liverpool’ to them, the Grenfell victims and the firefighters. It might be a song about his home city, but Wylie points out it is just a love song, which is certainly pertinent in these troubled times.

Of course, all roads lead to the mighty ‘The Story of The Blues’, which he introduced with an impassioned plea to love our enemies. but persuade them to vote Labour. The flame still burns bright, and he knocked off a suitably epic version of what is arguably the best pop song of the eighties, even inspiring a middle-aged man to start dancing in the aisle.

The only real criticism is that Wylie was performing in a strange tent like contraption, from which he hangs various t-shirts and paraphernalia, that in some way are linked to his life and career. He should have done much more with those props to bring them into the show’s narrative.

He’s back on tour next year so get there early if you want the full Pete Wylie experience, but it is good to see him on the road as frankly, the pop world has been a much poorer place in his absence.

Review and photo by Paul Clarke, you can see my author profile here: