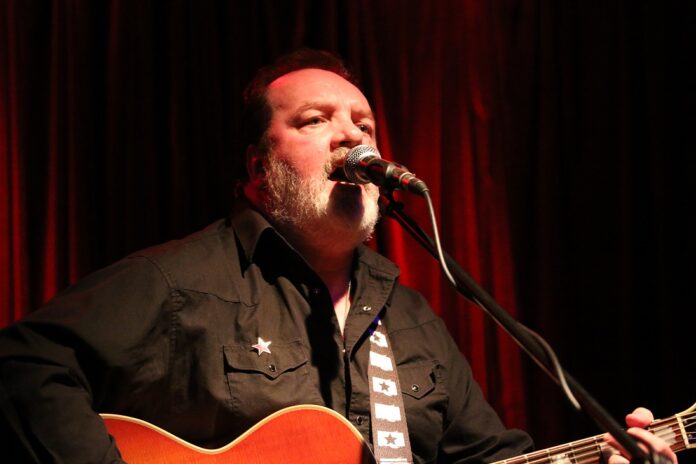 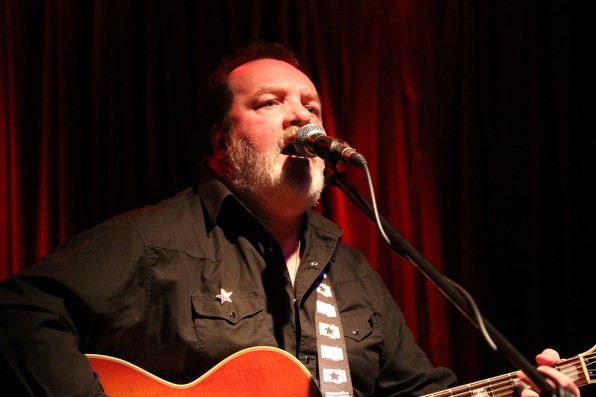 If I had to nominate one of the lost 80s pop star to make a comeback then it would be Pete Wylie, so thank god he has returned and is still in fine voice.

Ironically he opens up with Come Back, which in tonight’s context is as much as about his return as one of the great British songwriters, as a challenge to all the Scouse pop stars, from the Beatles onwards, who as soon as they got some brass fled their hometown. 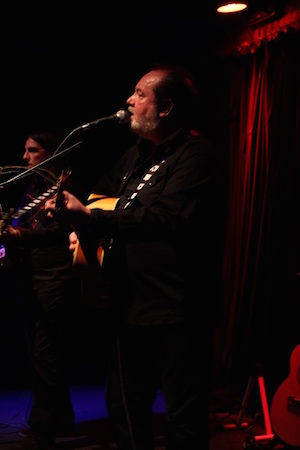 The reason why people were willing Wylie to return after years in the wilderness is that he is a man of the people. As one of his rivals noted he could have been the British Springsteen, speaking up for the working man, and it is that common touch that hasn’t deserted him.

This gig is not only packed with pop gems, but loaded with his patter and his anger. As he notes before launching into The Day Margaret Thatcher Dies he hasn’t change the title to die because he always wants us to have something to look forward to. As for the couple who left because they were offended by this song – what did you expect when you paid for your tickets? Doh.

It’s fair to say his career has had some highs and lows, but there is no doubting his ear for a pop hook. which makes the decision of Eric’s founder Roger Eagle not to release his debut single Better Scream totally inexplicable, because it is as good today as when it was first penned three decades ago.

There was a poll recently to find a national anthem for an independent Liverpool and, despite heavyweight competition from the likes of Ferry Across The Mersey, the voters went for Wylie’s unashamedly unselfconscious Heart As Big As Liverpool. Wylie is the ultimate Scouser, but he makes the point that the song is about belonging to wherever you are from not just that most chauvinistic of cities.

Much of Wylie’s time recently has been fighting for justice for the 95 Liverpool fans who lost their lives at Hillsborough prompting one of the biggest cover ups in our history. As he dedicates You Can’t Put Your Arms Round A Memory to them someone shouts ‘I was there’. Wylie is thrown as he fills up and, frankly , he wasn’t the only one. 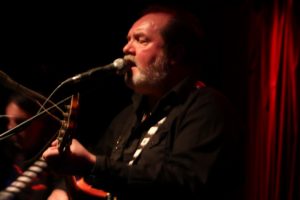 Wylie is about to record two new albums Pete Sounds and Slime – see what he did there? – and the other bit of good news is his song-writing chops are intact, especially on Freefalling which is good as anything he has done which is saying something.

This is a high quality set that somehow doesn’t include the magnificent Somesay, but he does romp through mega hit single Sinful, and Remember with much of the audience singing along.

But all roads lead to his one stone cold classic, Story of the Blues, which despite endless radio plays still raises the hair on the back of my neck every time I hear it. Tonight he does the spoken intro before those familiar opening bars unleashes a massive singalong serving as a love song to a one off artist who has beaten his demons to come back as strong as ever.

Afterwards a visibly relieved Wylie chats the hind leg off a donkey with his fans, signing everything in sight, including my vinyl, and offering some tasty rock gossip.

Pete Wylie is a working class hero, but more than he is a lovely feller, which is more than we can say about some of his contemporaries. Welcome back mate.