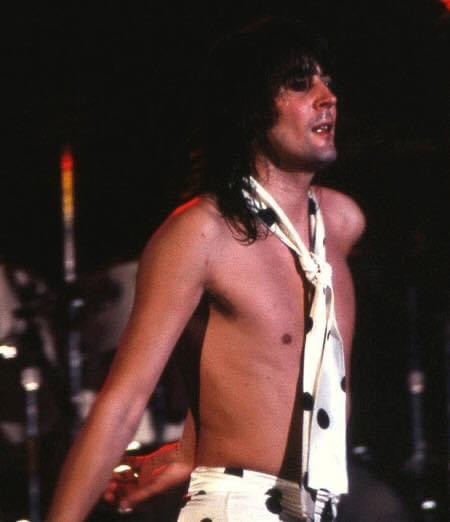 We are sorry to hear of the death of Pete Way.

One of the great characters of rock n roll the legendary bass player from UFO kept the rock press going virtually single handed with his wild antics in the seventies and eighties. He was also a great bass player, playing in UFO and Fastway with Eddie Clarke after Eddie had left Motörhead. In recent months he had finished a new album and was waiting to return to his natural habitat – the stage.

‘I guess pretty much everyone has heard that I lost my funny, clever, wonderful and talented husband , Pete Way, today. He was the kindest man I have ever known. He was so protective he wouldn’t let the wind blow on me. The reality of living the rest of my life without him doesn’t bear thinking about. He was my soul mate and best friend and the pain of his loss is manifesting as a physical pain in my chest which is taking my breath away.

He had an accident in our home eight weeks ago. He sustained serious injuries and so many times I was told by his doctors to “prepare for the worst” but Pete being Pete he fought and fought and yesterday the hospital were making plans to discharge him. It’s all a blur but his doctor called early this morning and said I ought to get there as soon as possible. I did and arrived just as he passed away. His passing was gentle and peaceful for which I am grateful. It was also unexpected and the shock of the following few hours will stay with me always.

I’m glad he did his UK tour last year because he lived to be on stage. This year with Covid responsible for cancelling his dates made him very depressed. His new album “Walking On The Edge” was FINALLY complete and we spent the last couple of weeks planning tours and releases and he finally seemed happy again. But that fateful call this morning swept those plans away to be replaced with a slow realisation that they would never be realised.

Pete and I first met in the early Eighties when I helped both him and “Fast” Eddie Clarke put together Fastway. Although neither of us were in a position to do anything about our mutual attraction I would see him from time to time when on the road or at industry events over the following decades. 10 years ago Pete came into my life again and this time we were both free to follow our hearts which we did and I thank God for those 10 years. Again, our deep bond was swept away at 11.30am today.

Right now I am completely traumatised and am finding it difficult to place one foot in front of the other. But Pete – I love you more than life itself and nothing will ever be the same again. I am so sorry and feel acutely for his daughters, family, close friends, band mates and fans. He cared so much about all of you with his huge heart that anyone who met him loved him for. A true gent. A talented artist and the love of my life. Godspeed Pete and don’t forget to turn it up to 11 when jamming in “Heaven Tonight”