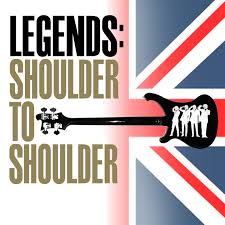 As previously reported by Louder than War here, the Legends: Shoulder to Shoulder album, to raise funds for the work of the Pete Quaife Foundation, is packed full of talent both established and new. Combining names like Paul Weller and Noel Gallagher with a host of up and coming acts, Legends actually stretches to six albums and will be available as a download from January 21st. The album is also notable for boasting the first album cover design by the legendary Kosh for a number of years. All proceeds from sales will go towards support for children on dialysis.

THE Pete Quaife Foundation also have a special live album by Geno Washington and the Ram Jam Band recorded live at The Half Moon Putney in September 2014, uncut and with no additions, available as a download. US musician Rob Hegel has also recorded a special version of Tired of Waiting For You which has been adopted as the PQF anthem. There is also the possibility of a very special live performance next year. More on that soon.

You can find out more about the Pete Quaife Foundation on their website: PeteQuaifeFoundation.com