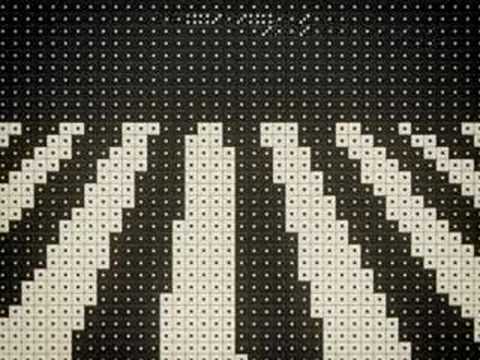 Cool electronica pop with touch of Talking Heads and Kraftwerk – what’s not to like? “Like pixelated scraps of jazz mags in your headlights” I have no idea what this means, but it sounds great!

This is just such a great album, probably my all time favourite. The use of the orchestra has never been bettered in rock / pop in my opinion. I love how the intricately the strings are scored –
in such a way so as to create something jarring and dramatic – not just the standard lush string harmonies that are often the default setting when someone gets a full orchestra in.

Fabulous French pianist / singer, with a cinematic feel to some of his work and a 1950’s bar room piano tradition in others – like the re-incarnation of the Charles Aznavour character in Francois Truffaut’s ‘Shoot The Pianist’ (1960) (link  https://www.youtube.com/watch?v=X4BY8h9B92M) whilst dropping in more contemporary references to Luc Besson & The Pixies.

This kind of list is ever changing in my world – ask me in a 6 month’s time and there will be a few other names on here, but I heard this album about a year ago and it’s currently in my top 10. Fantastic American psychedelic pop feel. Not a weak track on the album & they’re great live too.

I feel a bit like Alan Partridge choosing The Best Of The Beatles as his favourite album by the Beatles, but this compilation of Chet Baker’s vocal work is a gem. The frailty of his voice, and the vulnerability gives the songs a truthfulness, that has inspired me to explore the faults in my voice and use them as a strength.

The Furs were my first love when I was growing up, and were really important part of my musical education as a teenager. To tell the truth pretty much everyone else I knew hated them, and it wasn’t helped by
their cringe-worthy shoulder-padded American radio-friendly direction they went after the re-issue of Pretty In Pink in the mid 80’s, but this album from 1981 has an art-school swagger that still stands up well today.

‘Trust Me’ – Trost
A little gem of an album by German solo artist that got largely missed on it’s release with echoes of early Goldfrapp with a 60’s pop sensibility.

It’s dangerously sycophantic to put this on the list, but it’s true. I’d love to have a time machine so I could travel back to 1990, when I was sitting in my rubbishy freezing bedroom in Mount Street in Coventry listening to this album on repeat and learning my first ever guitar chords, just to see the look on my face when I told myself that one day I’d be working with Terry Bickers.

I love the stripped down meanness of it all.

Another compilation I know, but the PSB’s singles are just exquisite, and show that there’s no shame in being pop. Neil Tennant is able to marry the poetic with the mundane on a par, if not better than Morrissey.