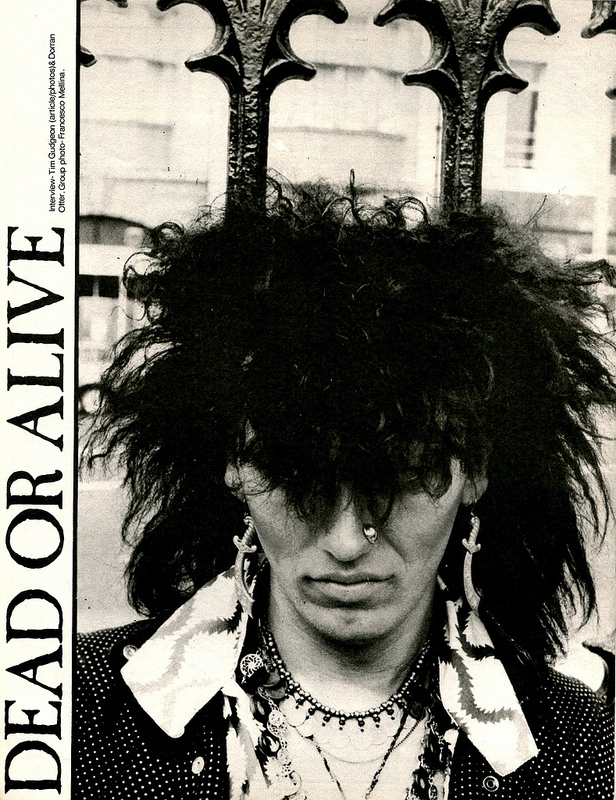 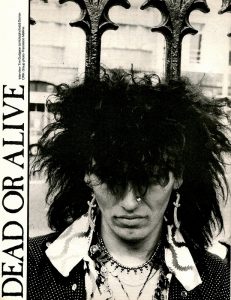 They don’t make pop stars like this any more. The wild, crazy and beautiful have been replaced by the bored looking jobsworths.

Acidic, eccentric, flamboyant and beautifully crazy – Pete Burns was born to rule the Top Of The Pops catwalk like the brightest star in the steaming post punk fallout. Liverpool in the late seventies was full of beautiful freaks – the city dressed up whereas Manchester dressed down – both reacting to punk’s questions in their own stubborn ways. Liverpool was a fantastic concrete catwalk of sex and colour; Pete Burns, and Jayne Casey were the King and Queen of the reconstructed cultural warzone – all bricolage wardrobe gone crazy and they both looked fantastic – defying convention and the catcalls as they walked around Liverpool together.

Pete Burns was certainly a one off.

An exotic creature defying the grey skies of seventies North West – one of a clutch of game changers in the post punk aftermath – smart, acidic – mad, bad and dangerous to know – like Pete Wylie, Ian Mac, Julian Cope, Ian Astbury and many other exotic dreamers in the post punk Mersey fallout.

One week he would be wearing something like a nappy and painted yellow, the next he would be dressed native American – all feathers and warpaint, the next he was a Jim Morrison pumped up on pop steroid; the next all dreads and big hats – the next black contact lenses making him look like an alien – one thing for sure was that Pete Burns would never be boring and would always be first. He was a pioneer – goth before goth,  already been there and done it when punk arrived having spent 76′ hanging out in Beaufort Market on the Kings Road turning the idea of so called provincial kids waiting for their cues from London on its head. He was eighties pop freak before anyone else – a genuine pioneer whose meticulous appearance was much copied in the caustic peacock parade of the early eighties when pop stars dressed up and looked like they had come from another planet instead of dressing down like they all do these days.

He had appeared in Liverpool from Port Sunlight near Bebington on the Wirral of all places. Julian Cope once told me of an unlikely trip round to Pete Burns house for tea and Pete Burns flambouyant mother – a German Jew who had fled her home country in the war was a fluttering peacock like her son whilst his dad sat there reading the paper in his cardie – a scene of domestic extremes that kind of tells you a lot.

His band, Dead or Alive’s dirty disco take on the decaying carcass of the Doors was their early peak – a terrifyingly dark dance band with swooping, swooning songs and Burns freakish charisma on the cusp of morphing from underground freaks to unlikely pop star brilliance. Early Dead Or Alive were full of the crooning Liverpool post punk love of sweeping songs full of mystery and longing. You can hear it in the Bunnymen, Teardrop and Wah as well – all crooning and not punk rock shouting – the closest to this post punk apocolypso was Joy Division – that link being Jim Morrison – the dark hearted poetic crooner riding a new storm on the new west coast on the banks of the Mersey from manc to Liverpool.

One of the children of the revolution Pete Burns had been marked by Bowie and his ever changing image was like David but in a fast forward and also played out on the mean streets of Liverpool where it took nerves of steel and a razor sharp wit to survive the brickbats hurling in his direction. His beauty meant that he could have dressed in a cardigan and still stood out on Top Of the Pops and glowed but he was more interested in the artful process of morphing and melting his own public image over and over – the ultimate nightmare in wax! and the ultimate work of pop art which was creating yourself of course.

Like many in those long lost times, Pete Burns was a walking, talking work of art – every detail was honed to perfection, a xerox machine, a self made sculpture. Every minute of the day was full of dayglo and every nuance explored. He was one of the crazy ones, the ones who never do a dull thing and he pretty well patented the look.

It’s long lost in the mists of time, but did Pete Burns turning up in Native American garb at an early Adam And The Ants show in Liverpool strike a chord with Adam? Was the young Ian Astbury shyly hanging around in Eric’s also inspired by the same flamboyant tribal wardrobe from this meteoric presence. Was Boy George watching the next move? Who knows? but few can argue that Pete Burns was an original as he in turn part took the likes of the Cramps and their long lost guitar payer Bryan Gregory as a part inspiration for a part of his look  and exaggerated that exaggerated look by a million into something quite wondrous. 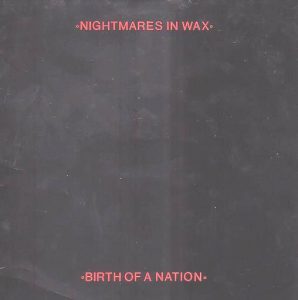 Many talk of the walk of terror to the counter at Probe Records in Liverpool – clutching a couple of seven inch singles and approaching the counter for the expected put down by imperious Burns who worked there – it was one barb after another – ‘God gerrl, worravya gorra dead cat on yer ed for?’ he would snarl at his victim. It was that testing machine gun of put downs that was so part of the questioning at the hear and soul of punk rock.

And then there was the music – the early Nightmares In Wax and then Dead or Alive were full of swooping, melancholic melodrama with Pete Burns fantastic baritone – the Jim Morrison croon in the misty circles of those atmospheric early songs that somehow fitted in with the similar acid adventurers like Teardrop Explodes and Echo and the Bunnymen – local bands in thrall to west coast psychedelia and post punk adventure only that Burns would dress up more. A lot more. 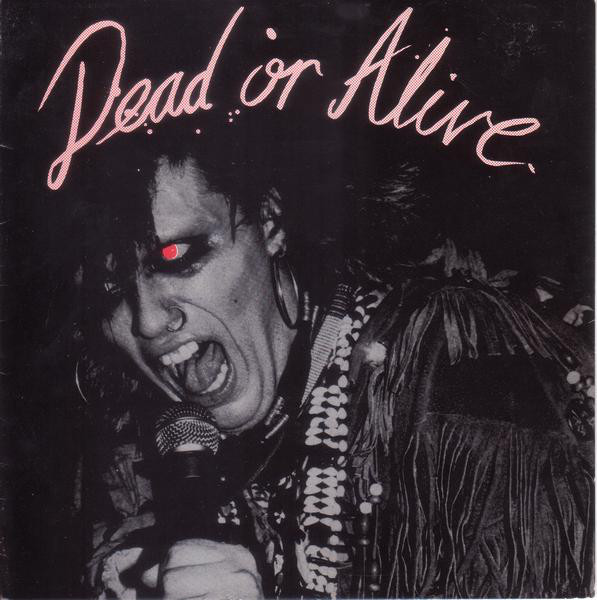 Pete Burns would croon his way through these songs of mystery and colour with his superhuman presence and a full wardrobe that sometimes interfered with the vocal delivery like at Cargo studios in the early days when the engineer tried to spend all night trying to work out what the rattling sound was in the vocal mic only to discover it was Pete’s own myriad of bangles clattering together – it took another hour to remove them all.

When the crossover came it seemed so simple, Pete Burns was built for pop – trying to remain in the underground would have been pointless – the early eighties were his moment and he grabbed it with perfectly manicured hands and with the great pop rush of You Spin Me Around had one of the biggest hits of that year. It was a perfect pop song that may have been scrubbed clean but still had that extraordinary vocal on it and you could still hear that disdain in his voice that once echoed around Probe records – the disdain that resurfaced in the mainstream when he was on Celebrity Big Brother sneering at the annoying house mates just like he had done to geeky kids in the shop all those years ago.

God bless ya Pete – you were a wild and crazy comet that streaked across the often dull pop mainstream and left a selection of great records and an endless stream of stunning photographs – a walking, talking acidic glam rock star and an example of how to do this thing right.