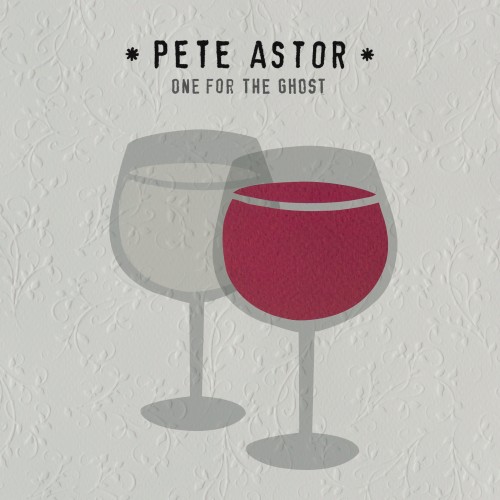 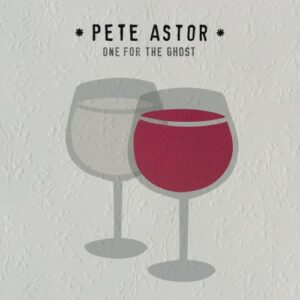 Pete Astor: One For The Ghost (Tapete Records)

Melancholy but masterful songs about life, family, loneliness and death from one of our Greatest Cult Songwriters and former Weather Prophet. Looks like rain, says Ged Babey ‘The master of less is more’ said the Guardian.

Pete Astor is jointly responsible for two of Proper Indie Guitar Pop’s Defining Moments where guitars sparkle and chime and pale boys with cool hair mumble and sing great rock’n’roll poetry influenced by the Velvet Underground and Subway Sect: Up the Hill and Down the Slope (by the Loft, 1985) and The Weather Prophets Almost Prayed (1986).  His place in the Cult History assured.

I am ashamed to admit therefore that I didn’t follow Astors solo career after the Weather Prophets…. which goes a little something like this… two solo albums, Submarine in 1990 and Zoo in 1991 on Creation. Two further LPs, Paradise and God & Other Stories on the French label Danceteria.2   Stuff released under the names  Louie Chavez  and then  The Wisdom of Harry,  the latter on  Wurlitzer Jukebox and Matador Records – Three albums,  Stars of Super 8, House of Binary and Torch Division. In 2002 he signed to Heavenly Records and released a self-titled debut album. In 2015,  the album Spilt Milk on Fortuna Pop!

What prompted me to check this new album out was hearing the tale-end of an interview with Marc Riley on 6Music where Pete Astor was in an uproariously good mood and was very funny indeed.  So when I noticed the press release in my in-box….

I love a good press release – one with facts but with text as evocative as the songs themselves..

One evening, when I was enjoying my favourite red wine, I decided to pour an extra glass for people and times past. Soon it became a tradition, the name of a song and then an album: One for the Ghost.’

This is a record born through time; seasoned and erudite Indie auteur, ex leader of Creation Records’ favourites The Loft and The Weather Prophets, Pete Astor brings together strands and tributaries in his work over the years, mining timeless guitar pop to frame wry lyrical insights and melodic hooks, making music for today, with a true line from the past and an eye to the future. Having released Spilt Milk (Fortuna Pop!) in 2016 to an overwhelmingly positive response, Astor continues the musical spirit of that album with James Hoare (Ultimate Painting, Proper Ornaments, Veronica Falls) remaining a mainstay on guitar. He is now joined by The Wave Pictures’ rhythm section of Franic Rozycki on bass and Jonny Helm on drums; Pam Berry of Withered Hand and Black Tambourine contributes vocals.

One for the Ghost’s rainy day psychedelia maintains Astor’s engagement with relevant and contemporary worlds; from the mordant wit of the title track (‘It’s the wallpaper or me you know/one of us has got to go/ said Oscar Wilde/ and then he died’), to the London-based outsider ache of Walker (‘Walking the town, joining the future to the past/ the line from Arnold Circus all the way to Marble Arch’), via the ageless love song of Water Tower and its paean to rural modernism (‘Meet my by the water tower/ it’s my favourite concrete flower’).

Bruised but very much alive, Astor and One for the Ghost face the future with a wry smile and hungry heart.

And I can’t say anything better than that.  This is just a beautiful. melancholy collection of songs forming a near perfect album of low-key, high-quality, unassuming pop/rock/country music.   The title track and Injury Time are two of the most beautifully sad yet uplifting songs I’ve heard for a while.   Parts of the delivery remind me of Wreckless Eric’s the Final Taxi – and Death is a recurring feature in the songs.

Golden Boy and Only Child are clever portraits of family relationships and jealousies and pampered privilege.  Magician and Assistant and Tango Uniform are more difficult to quite understand fully.

Dead Fred is a fascinating, emotional and touching account of a friend or family members passing in a hospital bed where the narrator  visualizes  instead of the painful, mundane reality, him dancing across the room “like Fred Astaire, with snakes in his hair, he was no longer anyone we knew,  singing sha-la-la-la-la-la” as he shuffles off this mortal coil.

Charge your glasses, to Pete Astor. A very cool songwriter indeed and this is probably one of his finest albums…

All words Ged Babey except where indicated as Press Release.