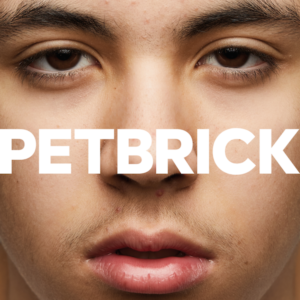 An all-out, heavy, noise powerhouse is the best way to describe debut album by Petbrick. Rhys Delany was lucky enough for an early listen.

Petbrick will be unfamiliar to most. The collaborative minds of electro-gabba enthusiast Wayne Adams and punishing metal percussionist Iggor Cavalera is an all-out, heavy, noise powerhouse.

The pair came into contact after Cavalera saw Adams’ Big Lad outfit perform at Camden Underworld. The two kept in touch via email and a sacred bond over Eurorack modular synth gear. When Cavalera visited Adams’ Bearbiteshore Studio, the creation of Petbrick came to be.

The pair bring in their past experiences ranging from hardcore punk to breakcore dance music. The combination of the pairs fruitful backgrounds helped create a uniquely invigorating assault, custom fit for accelerated rage. Iggor says of the project, ‘We wanted to do something different than the other projects we were involved in. Making horrible noise was the first concept behind Petbrick’. This idea of being a genre-free onslaught has captured an intense spirit inspired by nothing but raw power.

The album is a connection of friendships. Not only is this the coming together of Adams and Cavalera, but also featuring the talents of Dylan Walker, Dwid Hellion, Laima Leyton and Mutado Pintado. Walker, of grindcore group Full of Hell, provides signature screams and growls that sound akin to the screams and growls of Wayne Adams electronic distortion, heard on the track Radiation Facial. Similarly, Dwid Hellion of Metalcore punk band Integrity provides a vocal exorcism on the track Some Semblance Of a Story. Cavalera’s wife and collaborator, Laima Leyton, brings a melodic counterpoint on the song Coming. Finally, we have Mutado Pintado, of Warmduscher and Paranoid London, delivering a stream-of-consciousness ramble whilst channelling the spirit of Donald Trump on Gringolicker.

Whilst the album is delivered at breakneck speeds, you can still find fleeting moments of an elegiac atmosphere. Songs such as Sect and Dr Blair come at a distinct change of pace when compared to the breakcore Roadkill Ruby and the disorientating Jesus Dropkick.

Petbrick represents a boundary-free soundworld in which either member could explore whatever musical predilection or peccadillo they were possessed by and come out with something compelling. Electronic experimentation, hardcore attitude, dystopian dread and in-the-red dementia collide, to bring you Petbrick. I, is more than merely an exercise in the life-affirming flame of oppositional punk spirit scorching all or any musical boundaries in its path. It is an uncompromising soundtrack to a short-circuiting new era.

I is released on October 25th and is available for purchase here.

Petbrick will also be heading on a mini UK tour starting this month.