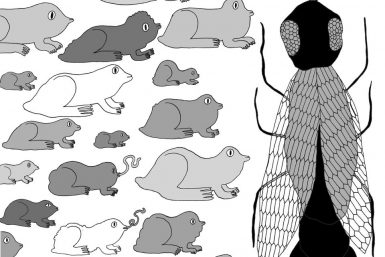 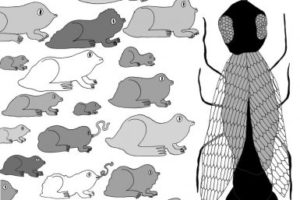 Less than a year into being a band Derby’s Pet Crow have just released a fine garage pop record full of Riot Grrrl riffs and nu-wave cool. Jim Auton reviews for Louder Than War.

Imagine having a crow for a pet. It wouldn’t be like a budgie or a parrot. Crows are notorious bastards. No affection or love, they hang around in packs of hundreds or even thousands and crows in Australia have even learned how to eat the toxic cane toad by flipping it on its back and violently stabbing the throat where the skin is thinner, allowing the crow to access the nontoxic innards.

Which is quite similar to the way you penetrate the inner workings of Pet Crow. On the surface they are one creature but puncture the skin and they bleed like another.

Full of piss and vinegar, they sound angry. Appearing to embody the punk ethic and taking their cue from Poly Styrene, Viv Albertine and Ari Up, but they bring it crashing through the previous three decades, picking up some new wave and Britpop on the way.

Ten tracks, 30 minutes long, it’s akin to a rubber dingy rapid ride; a record that sounds like they only had a week to bang it out before they were booted out the studio.

There are elements of a myriad of influences and styles: slacker pop in the mould of Menace Beach, drone rock like Hookworms on closing track Absorbed, ’60’s garage bands like The Zombies, and straight ahead punk straight from 1976.

Shake it Out comes at you like We are Scientists fronted by both Courtney Barnett and Justine Frischmann. Bazwatch is presumably a personal account of someone called Baz who watched Baywatch who is a bit of a waste of space, an ex perhaps. Let Your Hair Down is X-Ray Spex segueing into I Should Coco-era Supergrass.

A Simple Guide to Small and Medium Pong Life arrives barely a year since their inception, having already released a critically acclaimed EP Pet Soundz in 2016, and they have been hot footing it around the country as support for Menace Beach,  Martha, and The Lovely Eggs among others.

The record is on a cracking bit of coloured vinyl via Reckless Yes Records and can be downloaded and streamed at all places legal and that do that kind of thing but to be honest, you get the download code with the record so buy the bloody vinyl.

Pet Crow’s A Simple Guide to Small and Medium Pond Life is out now digitally and on vinyl via Reckless Yes Records. Find the band on Facebook and Twitter.

All words and images by James Auton. His author archive is here. He can be found on twitter @thejabberwocky6