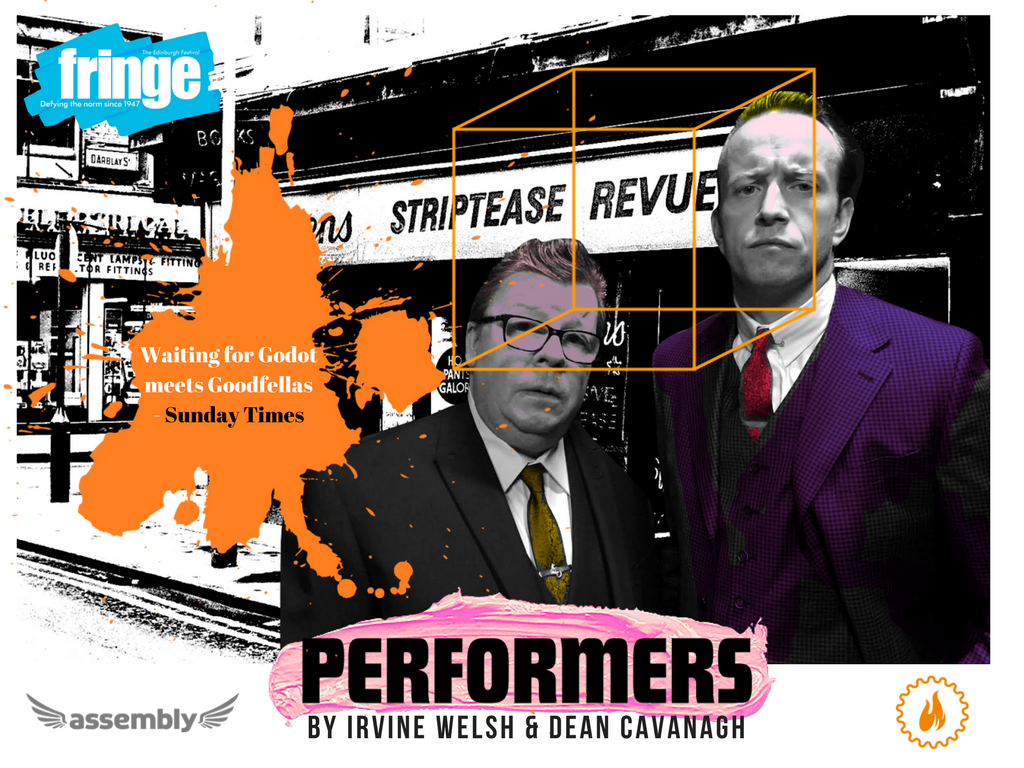 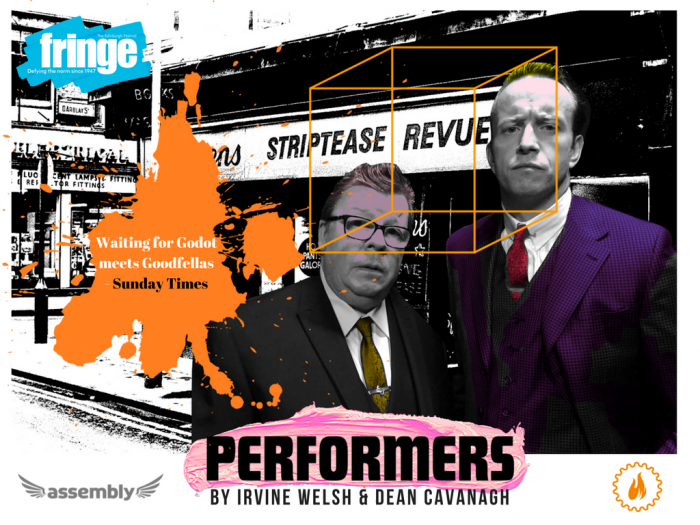 Described by The Sunday Times as “Waiting For Godot meets Goodfellas”, Dean Cavanagh and Irvine Welsh’s new play makes its world premier at the Edinburgh Festival this year. This is the second theater play the writers have collaborated on: “Babylon Heights”, their 2007 play premiered in Dublin and was staged in San Francisco, Auckland, Melbourne and Los Angeles.

Performers is the story of two South London chaps ( criminals in common parlance ) who are invited to audition for roles in the 1968 film Performers starring Mick Jagger and James Fox. Performance went on to become a huge inspiration for director Martin Scorsese and has become a cult classic since its 1970 release. For realism, the director, Donald Cammell used ‘genuine’ gangsters in the film and Cavanagh and Welsh’s play imagines the auditioning process. Welsh & Cavanagh have collaborated on numerous screenplays over the years and every now and then they revisit theater. 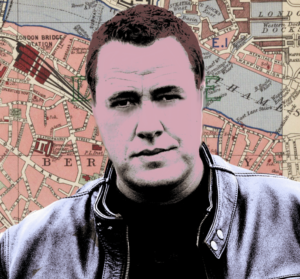 Louder Than War: You and Irvine are obviously fans of the film. What made you decide to write a play about it?

“My fascination with it came from seeing it on TV as a kid and not understanding what was going on. I mean, you’ve got these realistic South London villains running around and Mick Jagger holed up doing loads of drugs and shagging these two strange women. It left an impression on me but that impression was one of confusion. It was only when I got older and watched it that I realized it’s a genius film, genius in the respect that there’s nothing like it been made before or since.”

I read somewhere that the film was an influence on Danny Boyle who consequently went on the direct Irvine’s Trainspotting films.

“I think the film influenced a lot of directors. It was effortlessly cool and used music in such a novel way that it couldn’t not influence credible wannabe directors. Double negative there but you get the gist.”

And yours and Irvine’s play is a kind of homage to the film?

“Not really because you don’t have to have seen the film to enjoy the play. I was always fascinated by the first half of the film that concentrates on the South London gangsters. Over the years, through working and visiting London, I’ve got to know quite a few of the sons and relatives of infamous 1960’s and 70’s gangsters and the stories are amazing. This was the golden age of the armed robbery, before drugs became a cash cow, and you had a real hierarchy of villains ruling the roost. I got to meet Charlie Richardson through my mate Howard Marks and Sebastian Horsley the artist often introduced me to  characters in Soho who had ties to The Underworld and knew the real history. I’ve become good friends with what a lot of people who see as monsters, but they’ve never been monstrous with me and I take ‘em as I find ‘em.

So you were inspired to write the play about the criminal characters?

Well, yeah, whether we like or not, London, especially South London, was a hotbed and something of a nursery for spawning a very specific type of criminal. I never subscribed to all that bollocks about The Kray Twins, but when you dig deep and really get to know the genuine villains from that era you realize that there was a hell of a lot more going on than violence and robberies. These were stylish men who could hold their hands up and aspiration drove them into some weird and wonderful situations. We’re talking about men who had experienced real poverty and the privations of the second World War. They did use violence, yeah, but they also used their heads and were very clever in some of the stunts they pulled. They were working class heroes to many and obviously a menace to many others, but from my experience they did and still do tend to keep their violence within circles that understand the rules and regulations. If you dance with the devil there’s a good chance you’re gonna get burnt. Obviously sometimes innocents get caught up in the violence but that’s the world we live in, wars exist, we’re a fallen species living in an unfair world and we have to live with horrors and injustice.

I take it you didn’t have to do much research into your characters then?

Not the characters no, but the legends and myths that have grown around the film was something we looked into. The director Donald Cammell was a person I wouldn’t have liked by the sound of it. Mick Jagger has always interested me because of The Stones but for me it’s James Fox and Johnny Shannon who steal the show.

Do you prefer writing for the theater or screen?

They’re totally different. When you’re writing screenplays you’re constantly given notes and suggestions by the producers and commissioners. Sometimes these are valid suggestions but a lot of the time they are detrimental to the story. In theater you can pretty much write what you like and then start honing it at the read-troughs with the actors and director. It’s a liberating experience and the writer is thought of more highly in theater than film and TV.

What sort of theater interests you? Are you a regular theater goer?

The last play I saw was the revival of ‘East’ because my mate Ray Cooper is pals with Stephen Berkoff the writer, actor. I hardly ever go to the theater and I actually enjoy watching plays on DVD. I love Pinter and Mamet, the dialogue is electrifying and both writers deal with masculinity in a very honest manner. You could describe both of them as politically incorrect writers and that’s probably one of the big attractions for me. Theater should always challenge assumptions and give voice to views right across the political spectrum. Our play definitely achieves that.

Performers is on at The Assembly Rooms, Ballroom in Edinburgh from the 3rd of August to the 27th.
https://tickets.edfringe.com/whats-on/performers 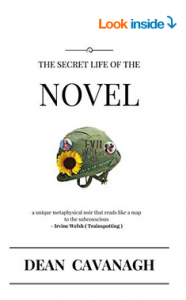