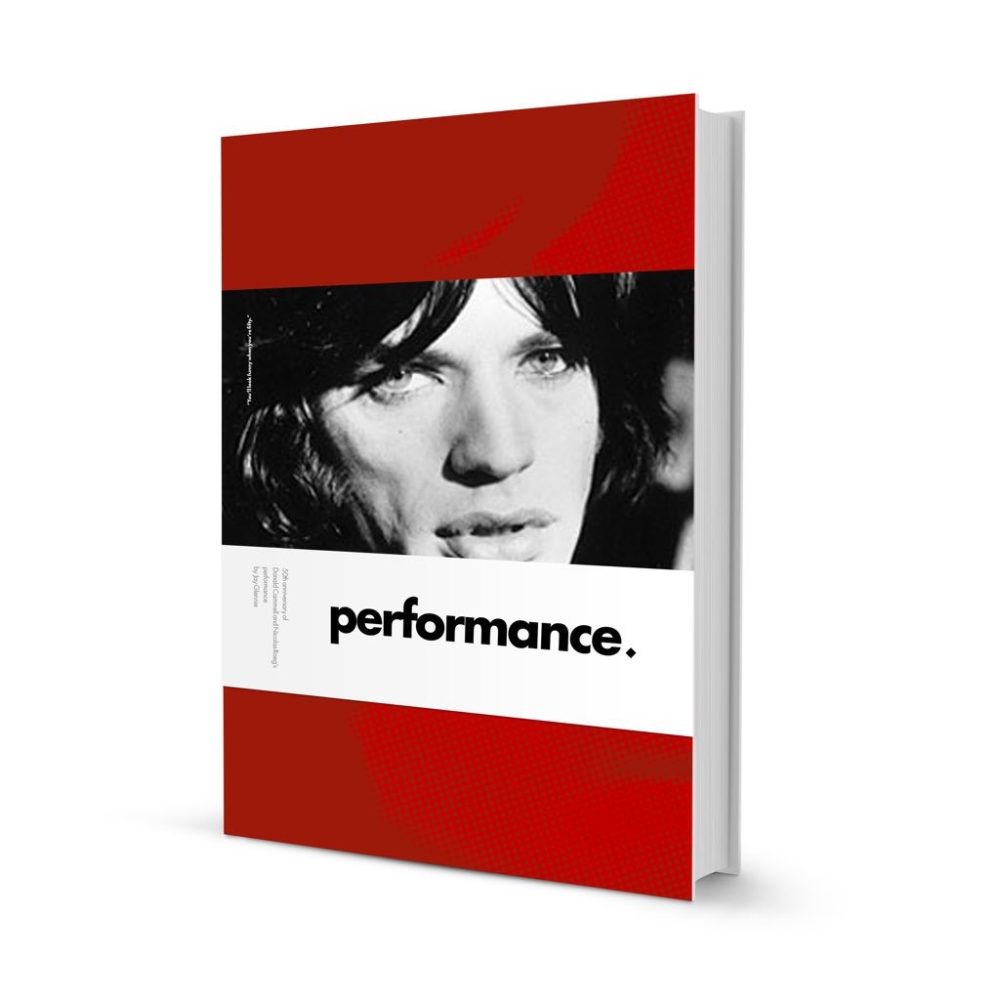 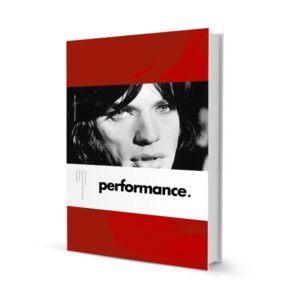 Directed by Donald Cammell and Nicholas Roeg starring The Rolling Stones front man Mick Jagger in his first acting role has gone on to achieve legendary status amongst fans and critics alike.

To celebrate its golden anniversary author Jay Glennie has painstakingly put together a gigantic heavyweight book compiling many unseen pictures, never before seen memorabilia and detailed liner notes from all who were involved in the film.

Matt Mead delves into the book for Louder Than War.

If you haven’t seen Performance the plot of the film follows Chas (James Fox), a member of an East London mobster gang lead by Harry Flowers (Johnny Shannon), whose speciality is to threaten violence and intimidate as he collects unpaid debts for Flowers. Chas flees the scene of a shooting when Joey Maddocks (Anthony Valentine) forbids him to get involved in taking over a betting shop and Chas takes out his anger on the unfortunate Joey. Upon Chas trying to find shelter he finds a rented room where Turner (Mick Jagger) and Pherber (Anita Pallenberg) are located in Notting Hill Gate. Situated in their London bachelor pad they all enjoy much shenanigans eventually leading to Chas being given a magic mushroom, shortly after some henchmen finally track down Chas, but before he leaves the scene Chas shoots Turner in the head whilst wearing famine clothing as a result of the effects of the said mushroom. 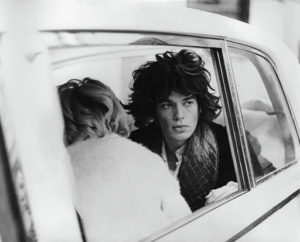 The book successfully gleams new light on the film like never before. Simply titled Performance, this will probably be the be all and end all to be said on the film, limited to 3000 individually numbered copies this feels like an exceptional piece of writing and research by Glennie. Wiping away the cobwebs of history this detailed abundant feast of a book will have you lapping up vastly entrancing information regarding not only how the making of the film came to fruition from the stars of the movie but also those behind the project delve deep into the memory banks to tell how it all came to be the film we know it to be including wistful rolling camera anecdotes by Donald Cammell and Nick Roeg.

The films victorious artwork is showcased throughout the book including the sort of iconic 1960’s publicity posters that have been coveted by film buffs and become accustomed with the big budget films of the same ilk. Large 60’s type lettering with the actors standing in their now legendary stances breaths the same air as legendary film posters Get Carter and Blow Up. Breath-taking stand out restored pictures from the Cecil Beaton archive take up lots of the book, which is no bad thing. We get to see Jagger in various iconic poses, with his famous thick mop of 70’s hair and pucker up lips, with the equally beautiful Pallenberg (Keith Richards girl friend of the time), and the more conservative looks of James Fox. There is also wave after wave of stunning memorabilia from the personal collections of those involved with the film, both in front and behind the camera lens. 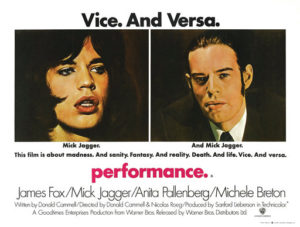 The dialogue throughout the book is excitedly conceived by Glennie, who has attracted the likes of Jarvis Cocker, Big Audio Dynamite’s Dan Donovan, Don Letts, Irvine Welsh and William Orbit to give their heartfelt perspectives on the film’s lasting legacy, even Bobby Gillespie and Robert DeNiro has been seen with their copies of the book. Overall the book is a extremely captivating look back at an exemplary film of it’s time, similar in it’s lasting legacy to Clockwork Orange, one that will go onto be championed, talked about and lapped up by old and new fans alike for many more years to come. 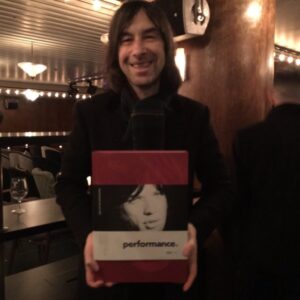 You can purchase the book from the Coattails website. Jay Glennie can be followed via his Twitter page.

All words by Matt Mead. Furthe articles by Matt can be found via the Louder Than War author archive pages.