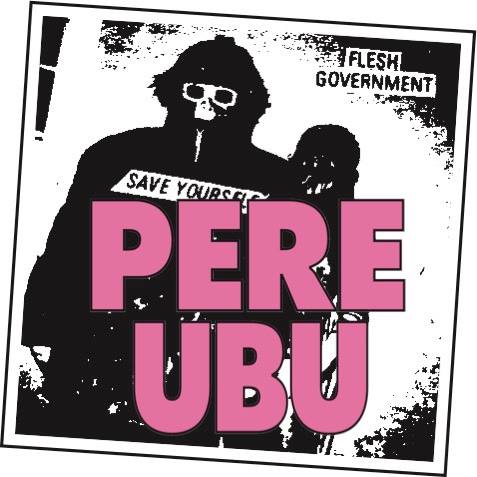 What is this thing called Pere Ubu?

Whatever it is, it is still way out there operating under its own idiosyncratic rules.

No-one ever seems to be able to catch up.

There are some bands that are beyond the narrative. Pere Ubu are one of them. They emerged as Rocket From The jobs in early seventies Cleveland playing what historians are happy to now call ‘proto punk’ – in reality  deeply intelligent, twisted spooked garage rock armed with so many creative twists and turns that by the time punk caught up 4 years later it was being called post punk which would make that band ‘proto post punk’ if such a thing could exist.

By the time they had morphed into Pere Ubu in 1975 they had fast forwarded into another future, another dimension.  There’s was a dark and swirling sound that created these strange landscapes and weird geography that we are still trying to unravel decades later. Their DNA is all over northern English late seventies music – you can hear anyone in here from Joy Division to the Gang Of Four – that finding beauty and art in the post industrial rustbelt angst with an attack of the smarts.

These days the band do the lap of honour of alt- festivals and gigs like this where they hold a crowd spellbound by their strange witches brew. These days David Thomas sits down and still delivers those helium vocals and fragments of reality lyrics that still create a great pop – albeit a pop from an alternative universe.

Before the gig I conduct an in conversation with David Thomas which is an interesting experience. It’s like riding a wild horse of surreal word flows and wild ideas that make a total sense.

When the band shuffle onto stage they are a mixture of old hands and slightly less old hands but they still create that mesmerising mesh of sounds that is complex and yet deceptively simple. The parts slide around each other, the bass runs are hypnotic and the guitar scraping or dark and brooding whilst the keyboards make washes of off kilter weirdness that have  and to the great Dik Mik from the Space Ritual period Hawkwind.

Pere Ubu are relentless in their determination to remain outside the musical narrative. They maintain that brilliant outsider spirit of the small town/city band that despises the media luvvies of the big city. The Cleveland smart asses who knew they were first and didn’t care if anyone else knew.

A stunning gig that is beyond time.