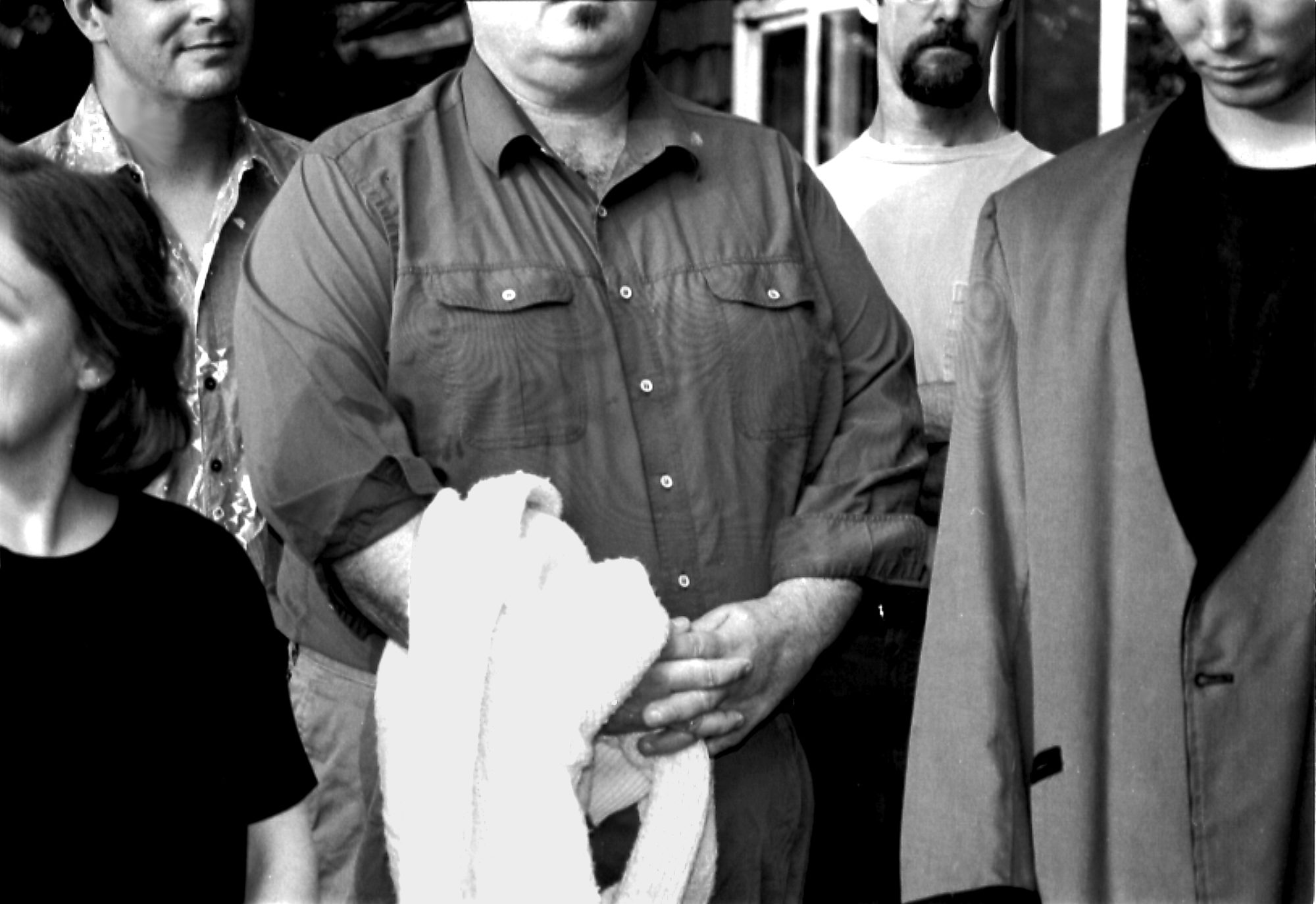 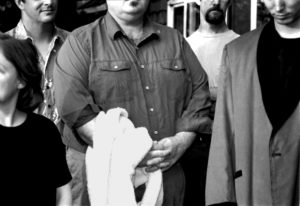 Guitarist Tom Herman plays in the band for the third time since 1975. The rest of the line-up is David Thomas, Robert Wheeler, Michele Temple and Steve Mehlman. Wheeler and Temple have been in Pere Ubu since 1994, Mehlman since 1995.

This isn’t a reunion. It isn’t a greatest hits tour.

“We don’t promote chaos, we preserve it,” Thomas explained. “Now more than ever – just like Nixon said – you need the sort of utterly gratuitous mess that only men of conviction can provide.”

Early in 1977, after refining the doctrine of Datapanik, Thomas came downstairs in the house he shared with junk conceptualist / designer Johnny Dromette. There, in the living room, in the midst of a life-size reproduction of a Hollywood TV game show set that he’d constructed overnight, Johnny, exhausted, pronounced in portentous tones, “Coed Jail!”

Herman, Ubu guitarist from 1975 to 1979 and 1995 to 2002, chose the songs for the tour, four from each of the first five albums and the collection of early singles. He coined the Ubu Rule that became known as the Herman Doctrine, “The best guitar part is the one that requires you to move your fingers the least.”

The tour coincides with the release of the second Pere Ubu box set ‘Architecture Of Language, 1979-1982’ on Fire Records 18th March 2016.
www.facebook.com/official.ubu