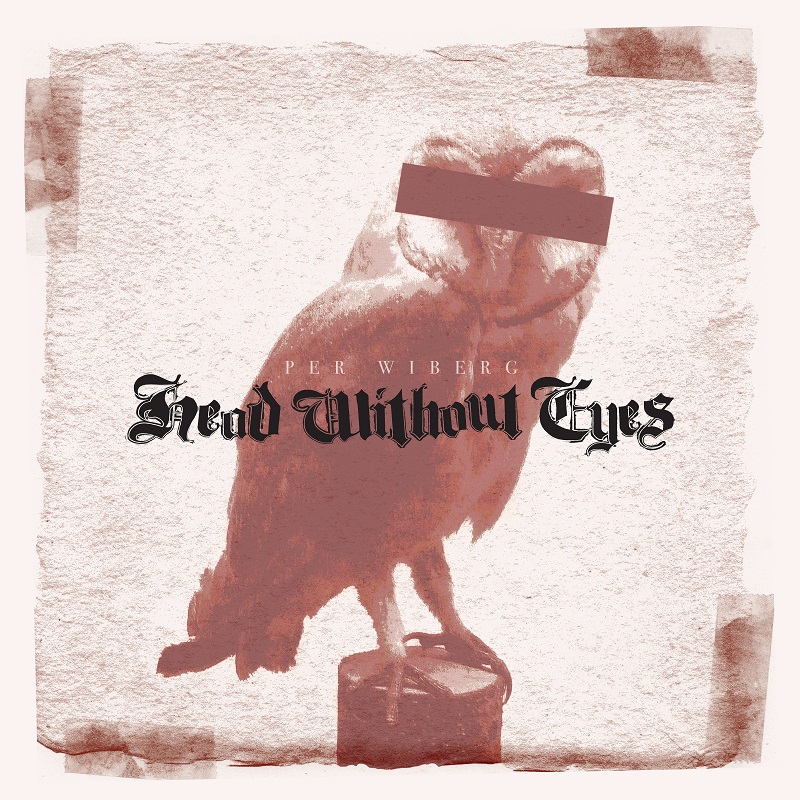 A solo album from the man whose keyboard talents have graced the work of Opeth, Spiritual Beggars and  Clutch amongst others. As Per Wiberg says, “Time for a different kind of heavy.”

So when the PR campaign wheels roll into motion and pronounce that Head Without Eyes is an album that’s like “having afternoon tea with Killing Joke and Van Der Graaf Generator, followed by a smokeout in the company of Hawkwind and Young Gods, while later being invited for a nightcap with Talk Talk and Swans,” you may want to yawn, utter a quick yadda-yadda and take a pinch of salt. However, this one gets it right. Absolutely spot on.

Solo albums from keyboard players might generally get a bad press. There could be countless we could quote as being over indulgent and something that the world could frankly live without, whilst calling the accused to the dock to account for their crimes against musical humanity. Head Without Eyes is a shining example of how it can be done. Per Wiberg, you can stand proudly out of your comfort zone, acquitted of all charges.

So to the facts. Per himself handles all instruments and vocals, with the exception of drums which are played by Karl Daniel Lidén (Crippled Black Phoenix, Katatonia, Switchblade) and Lars Sköld (Tiamat, Avatarium). Billie Lindahl (Promise And The Monster) lends her ethereal voice to Anywhere The Blood Flows (more about which very soon…) and the horror drama of Pile Of Nothing.

Once you’ve got past the disturbing image of the sepia owl with the masked eyes – maybe nothing compared to some of Lasse Hoile’s disturbing images that adorn Steven Wilson’s work – and the lyrical direction that deals with “the fear of leaving, or the fear of being left in different contexts. Little stories with a nihilistic tone…”, Head Without Eyes comes centred around two lengthy tracks.

To put it bluntly, it’s hard to get past the juggernaut of Anywhere The Blood Flows. It sounds terrifying and proves a perfect representation of the promise as the intro throbs and pulses to introduce an experience that grooves along on a Hawkwind-cum-Highway Star styled propulsion. It’s wonderfully crafted and experimental space rock and undeniably worth the price of admission alone. Walking unnoticed in the footsteps of despair indeed.  In contrast, ten minutes of Fader closes the record in a less is more, introspective fashion based round hanging keyboard chords before loosening the shackles and letting loose in its destructive final moments

The experimental side gets showcased on Pass On The Fear where the spoken word accompaniment to the dense industrial noise invokes an impending sense of claustrophobia in contrast to the ‘hit single’ immediacy of Get  Your Boots On, but never fear as talk of drowning rats and mutants roaming the streets at night keeps it dark. It may raise a smile when you read about keeping things “within the so-called ‘pop format’ with a verse and a chorus part.” Maybe in the Gothic hit parade charts, where the field recordings and noisy parts plus the rolling piano that hints at a Norman Bates Psycho episode would be perfect fare. Dark and sinister times indeed. The combination of the discordant and the harmonic, the sparse and the monolithic often to devastating effect, is impossible to defy. Sit back, relax and allow yourself to be consumed.

Listen to Get Your Boots On from the album here: