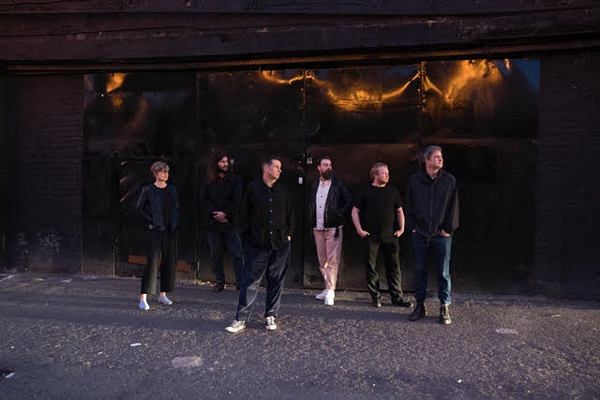 Veteran online music magazine Pennyblackmusic has announced it is promoting its first London show in nearly 18 months at The Water Rats on Friday 17th January. It will be the much-loved magazine’s first gig since its successful 20th anniversary show in September 2018, and features three outstanding alternative/indie rock acts – The Band of Holy Joy, Moon Under Water and Dream Maps.

Since then the band have scaled a few heights, fallen down in one or two gutters, broken up, glued themselves together, toured the world, released a fair few albums and fully explored other media by presenting audio visual song plays and site specific pieces. They have set up their own label and perpetrate a Friday night radio show of looped soundscapes on Resonance FM called Bad Punk and possess an alter ego that goes by the name of Scrap and Salvage Movement.

These days the junk shop instruments of old are long gone, and guitars, sixties organ and visuals are very much to the fore. But the band, which is fronted by the charismatic Johny Brown, continues to write about the same outsider concerns with the same measure of spirit and care, and they still put on a show. The Band of Holy Joy’s most recent album ‘Neon Primitives’ came out on Tiny Global Productions last summer.