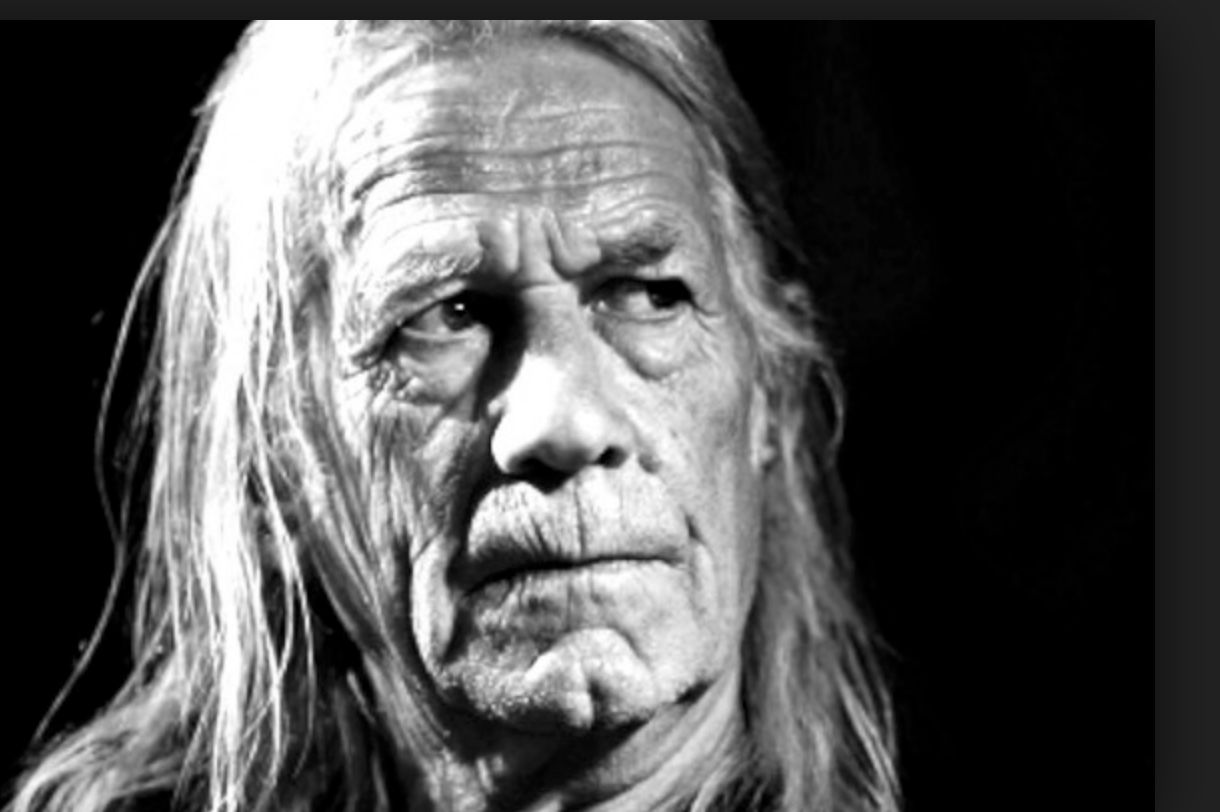 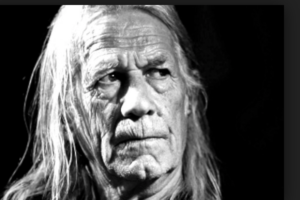 Penny Rimbaud is a key figure in the punk rock discourse.

Whilst the Sex Pistols sang about anarchy, Penny’s band, Crass explained what it was.

They also built the bridge between the hippie counterculture and punk rock- patiently explaining that the sixties was not the enemy despite the foolish anti hippie sentiment of the conservative elements of the punk era.

The fact that they did this with a combination of some of the angriest records ever made that were interspersed with some of the best avant garde left field soundscapes, thought provoking poetic lyrics and brilliant artwork makes them more than just a manifesto for a better world but a genuine art statement that actually connected to thousands of punk rock youth lost in the post punk comedown is quite brilliant.

Penny Rimbaud was the band’s drummer and co founder and key creative force ina black clad collective that dealt in hope and inspiring music. These days he is as creative as ever playing free jazz, writing books and engaging with the media with an attitude that is as thought provoking as ever.

MY TOP TEN ALBUMS
‘Beauty is truth, truth beauty,’ – that is all Ye know on earth, and all ye need to know.

Here below are my current top ten albums, and not a punk thrash amongst them. I say ‘current’ because occasionally one or other of them will be superseded. For example, when a couple of weeks ago I first sent John my list, it included Verdi’s ‘Requiem’, but that has now been dropped in favour of Joni Mitchell’s ‘For the Roses’, but please don’t ask me why. They’re both important works to me. There’s lots of albums and artists that I love and who maybe I should have included – Delius, Miles Davis, Takemitsu, Herbie Hancock, Webern, Terry Riley – the list could go on and on and on. There is, however, one piece that I am certain would never be replaced by another, and that is Britten’s ‘War Requiem’, which is why it is top of the list, and will remain there. The other nine pieces are in no particular order of preference. And by the way, if this was Desert Island Discs, my book of choice would be ‘Hua Hu Ching – the Unknown Teachings of Lao Tzu’, and my one luxury item would be my treasured Swiss Army Knife, that way I could peel my own grapes.