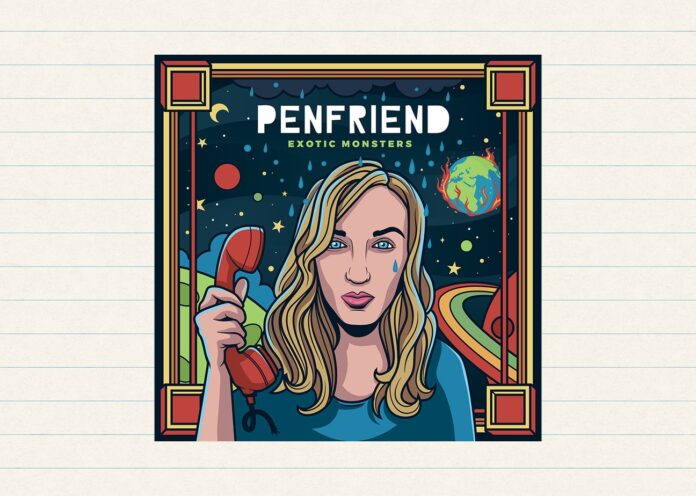 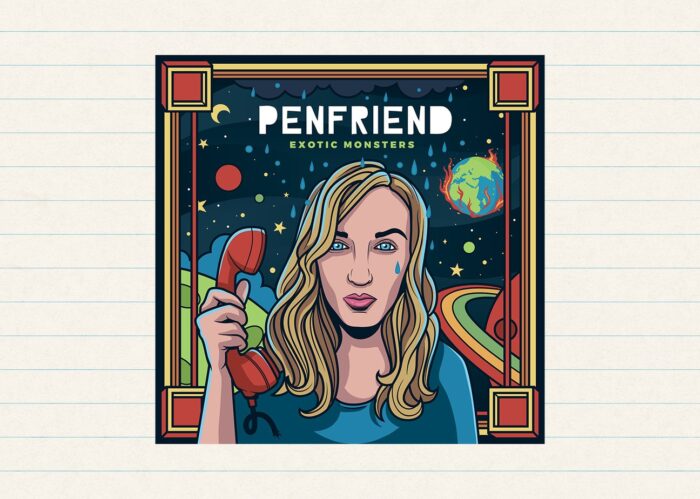 Penfriend AKA Laura Kidd should have been on a career high. Years of DIY devotion to her craft have seen her building up her reputation outside the big biz. This year many idiosyncratic outfits have been awarded for their endeavours with top 40 chart positions reflecting their popularity. The new Penfriend album had the acclaim and the sales…so what went wrong?

Here’s her statement exposing it all below…

I’ve just been cheated out of a massive win for all of us – a midweek chart placement next to Paul Weller and Elton John. Yes, the fan powered support for my new album “Exotic Monsters” was so generous that we outsold loads of major label artists in the first few days of release. The album was the 12th best-selling record in the whole of the UK. How amazing is that?

So why am I so upset, so furious?

On the weekend, I received a message from a man I’d never spoken to before, who wanted to say well done on my first day of album sales (he works at a label and gets daily reports of all sales in the UK). How kind, I thought,then saw the number he was referring to was way below the sales from my online shop alone.

Alarm bells started to ring, and I checked and re-checked all the orders I had sent through to the company I hired to send them out to you. The chart eligible sales had not been counted properly, despite my little label checking and re-checking everything with them over the past four and half months since I launched the pre-order.

I spent Sunday afternoon with my label boss hat on, extrapolating all the data. Rock ’n’ roll CSV files! I sent everything over to the fulfilment partner last night, so that we could get this all sorted out first thing in time to fix the reported sales for the big midweek chart announcement this evening.

And then…nothing. The fulfilment partner agreed the numbers were wrong. Kantar, the data company who check the reporting for the charts, acknowledged the issue. The Official Charts themselves sent me some direct messages apologising, saying they’d flagged the issue and were “working with everyone in the supply chain to ensure all album sales are included in the Official Charts”.

We waited. Everyone went quiet. And then, at 5.45pm the midweek chart was announced. The news that my pride and joy, the thing I worked on for 18 months, the album you are all enjoying so much is at #36 in the pop charts shouldn’t be bad news. But I’m angry.

I’m angry because the voices of independently-minded music fans are not being heard. I’m angry because not one single person in the “supply chain” could get it together to help straighten out someone else’s mistake. And I’m angry because what should have been a fun high point in my music career – leading to who knows what? – has been sullied by bureaucracy.

This sucks. So, what can we do? I need to sit with these feelings for a while – ignoring things that are upsetting just doesn’t work, and there’s nothing wrong with feeling upset about this…it’s upsetting. The music I make is about so much more than a number on a chart, but it sucks to be cheated out of something like this. Would this happen to an artist on a major label? I think not.

What can *you* do? Buy the albums by the bands you love. Ignore the billboards. Ignore the big media. People are paying to play all the time and you don’t see it. Think for yourself. Question everything.

If I happen to make music that speaks to you, please buy it. If not, please find something you love and support the sh*& out of it.

My album is here: http://penfriend.rocks/exoticmonsters