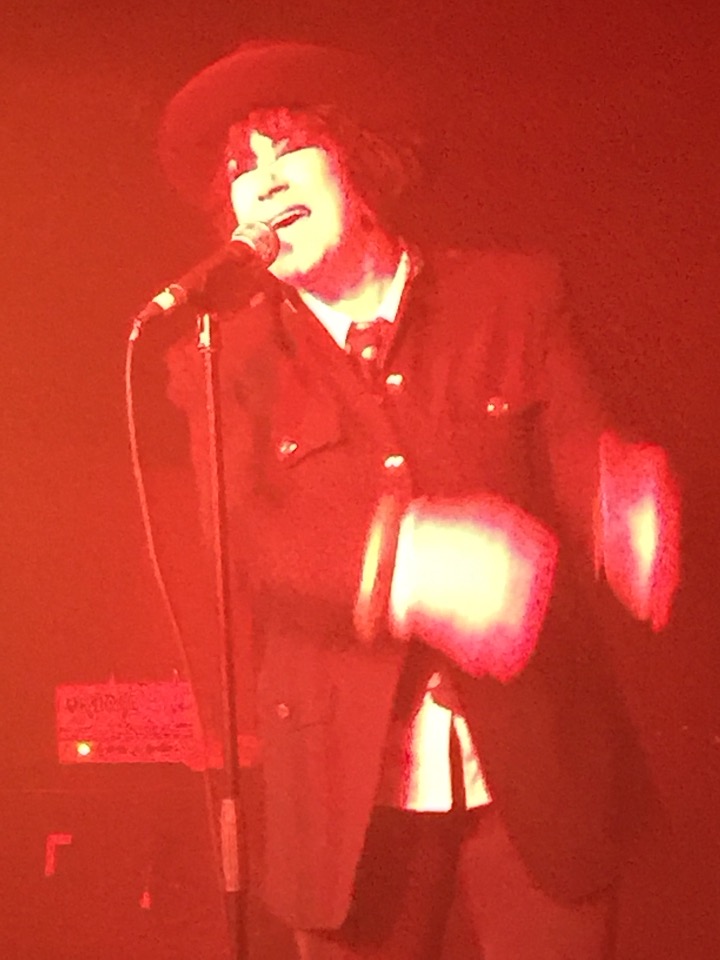 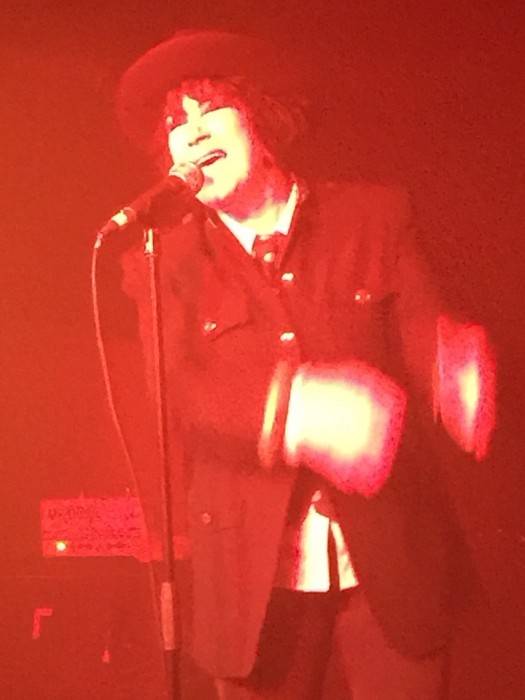 Pauline Murray and Penetration play the West Country… so Ged Babey and the Southampton contingent get out the sat-nav.

Haven’t been on a road-trip to a gig for years and years… a chance to hear the new Iggy album (excellent) the new Primal Scream (not good), some Raincoats and Dreadzone and have some great conversation ( a dying art).

Once sat-navs intuitively know, or ask if, you want All Saints Street rather than All Saints Road they will be great.

“Remember the old days” said my friend Tony. ” You’d go to a gig in a strange town, get lost and just look out for people with spikey hair and leather jackets, follow them and you’d find the venue.”

I suggested me look out for bald heads and got glowered at by trip co-ordinator Phil and driver Gary who once had fine heads of hair.  But (as a tribute to Ronnie Corbett) I digress…

I hadn’t been to Bristol for years but whenever I do I fall in love with the place. …and what a lovely venue the Bierkellar is.  Low ceiling but great sound, not too hot and cheap beer. Perfect.

Apart from the parking. Poor old Robert Blamire, bassist and  Penetration tour manager drove around for literally an hour or more trying to park the hightop van as it wouldn’t fit in the NCP car park opposite. I know this because he had my guest-pass and waiting for him meant I missed the support acts. He did wave every time he drove past, getting increasingly Basil Fawley-like.

‘Resolution’ -the bands Resurrection album is now a confirmed favourite with most of Penetrations old fanbase and they travel from far and wide to see them play.  They never fail to put on a great show.

The set is 50/50 old & new material and the mix is perfect. Steve Wallace is a master craftsman on guitar and Paul Harveys chunky rhythm guitar sounded great close-up.  Penetration have always been ‘musicianly’ but not in a show-offy self-indulgent way.   Pauline Murray is in good voice and Blamire and the new drummer a precision rhythm section.

Being completely biased and yet attempting objectivity this was just a faultless show (OK a bit of guitar trouble on the first encore).  A few things I noticed though; As the punk generation get older, the audience I’m talking about, we just don’t have the energy or commitment to dance any more do we.  It was a very static crowd.  Attentive, thoroughly into it, yet only a few bobbing heads and bopping feet.  Which is a shame.

Penetration don’t fall into the trap of playing too-fast either, like certain contemporaries of theirs, they pace it well.

I wish Pauline would stop apologetically introducing new songs, sensing ( wrongly I think) that the crowd just want to hear ‘oldies’.  In the same way as the songs are about doubt and anger Pauline is a mixture of fragility and confidence onstage. She plays with her hair and prowls the stage, still a moving target.  No one ‘gobs’ or throws beer any more though, that’s far, far in the past.  People just watch and smile and sing-along and soak in the liquid metal of guitars and dynamism of the shifting rhythms.  Penetration, although not ground-breaking perhaps are breath-taking and musically elegant a rock band.

Personal highlights for me were flamenco ballads Betrayed and Aguila and classic Stone Heroes “Take It!” and Free Money which always sends a shiver down my spine.

They have such dignity and integrity onstage and off and it just makes the fans love them more.

They are in the process of recording five more songs, with John Maher again but the release date is probably some way off.  They have day jobs, families and no record-company demanding deadlines and time-scales.   There is no longer a Race Against Time.  Penetration do it their way, at their pace, with no compromises.

A wonderful gig, at a great venue in a cool city.