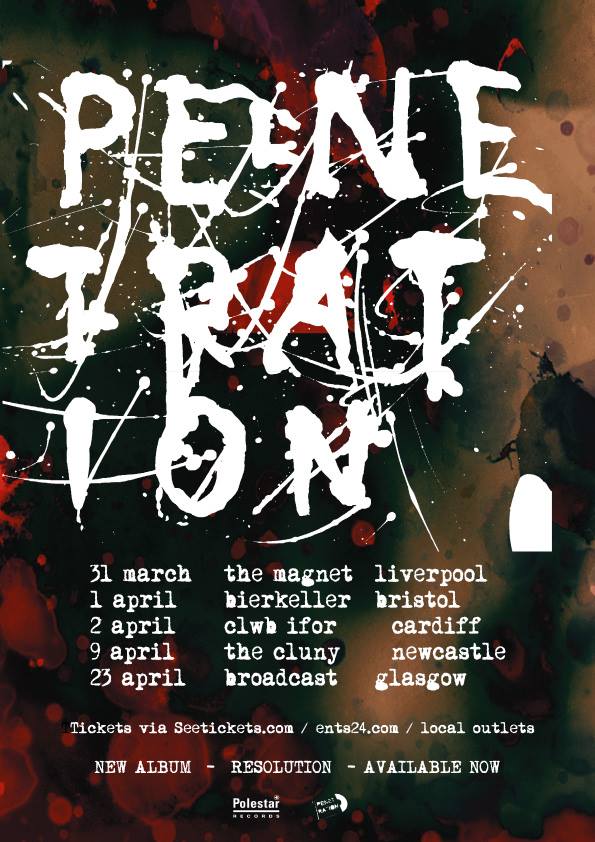 Penetration head out on UK mini-tour in April 2016

The North-Easts finest, original, Class of 1977 punk band Penetration head out on a rare tour of the UK following the success of their Resolution album released last year.

No record company backing, self-managed and financed, Penetration are truly independent of the Music Biz bull and pressures which caused them to split-up prematurely. This means of course that they haven’t slogged round the gig circuit endlessly. Consequently their gigs are celebratory, magnificent affairs with the band sounding fresh and life-affirming. ( Yes, I’m biased, putting the fanatical into ‘fan’…)

Due to logistics John Maher will not be on this tour of duty but his replacement has been put through a thorough training programme to get him up to standard ( So no pressure fella!)

There is talk in the Penetration camp of ‘new, new material’ following Resolution, and this time not a gap of 30 years or more between releases.

And here is a great show from Gary Crowley on Soho Radio during which he interviews Pauline Murray in some depth about Penetrations history – plus a load of great tunes from their contemporaries Subway Sect, the Saints, Banshees and X-Ray Spex.