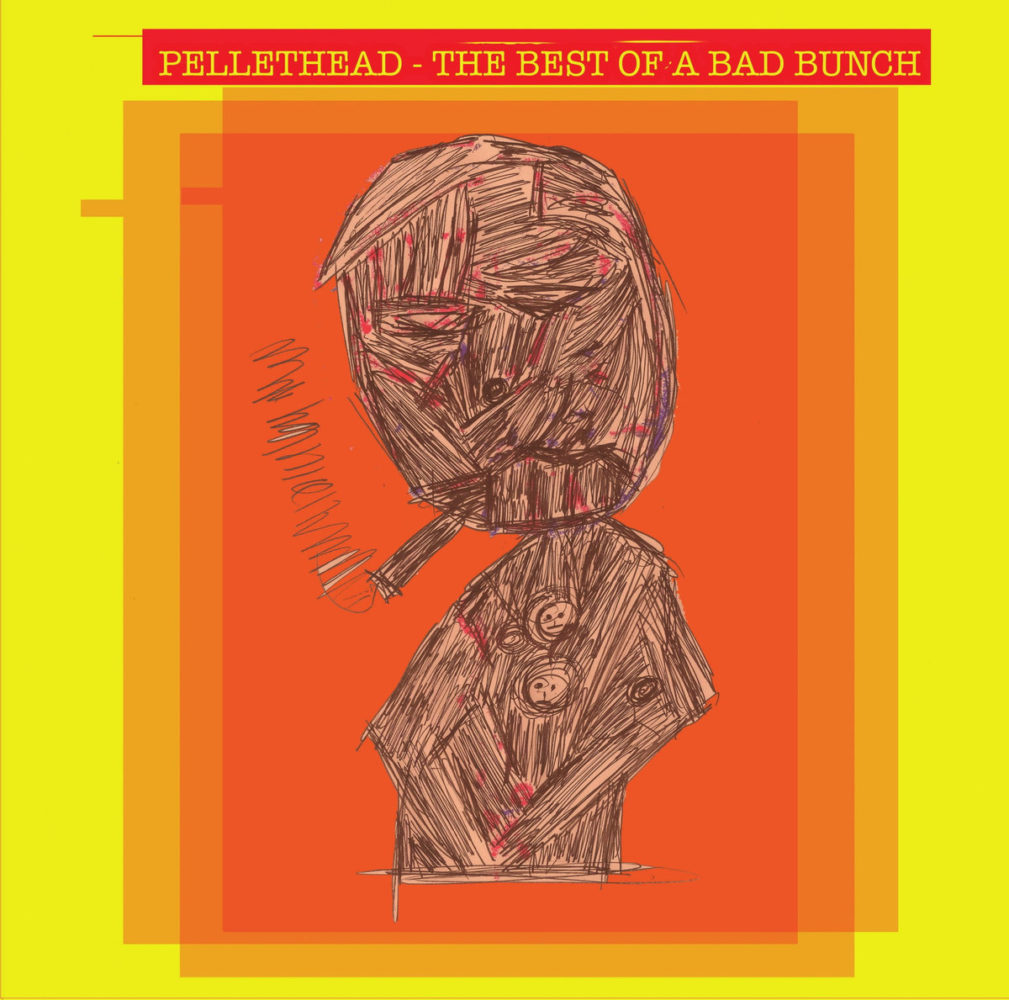 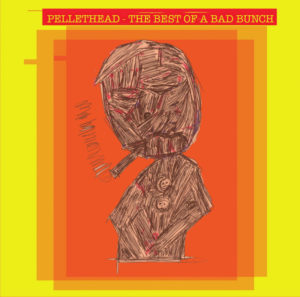 They have been called – “Simultaneously the best and worst band you will ever see” and “punk rock in the finest tradition”. Meet Pellethead the last great outsider band says Ged Babey. Imagine Johnny Vegas or Jack Douglas fronting the Spiral Scratch Buzzcocks…

Pellethead are Odd. Unintentionally strange. It’s not an affectation -it’s just how they are.

If they were American they would be proclaimed Outsider Artists using untutored  rock’n’roll as their means of self-expression They would be ‘on a spiritual quest for purity and naive integrity, forcing the profit and fame obsessed business to take a long hard look at itself in their cracked mirror’. Or something.

Because they are British they just appear to be a band made up of four nutters: the harmless type that you hope don’t sit next to you on the bus.

I compiled a list before of Bands Who Could Not Play which included the ‘Never Been In A Riot’ Mekons, the ‘Disco Pope’ Prats and ’14th Floor’  Television Personalities.  Pellethead have probably heard of none of them but are part of their lineage nonetheless and equally as inspirational.  It’s not that they ‘can’t play’ out of plain laziness or punk impatience, it’s a conscious decision and probably an ‘art statement’.

A long time ago, {25 years} some music-mad friends from (Middles)Boro decided, probably after one too many spliffs, to form a band and then learn their instruments. They were all into different music, they all wanted to write songs and sing, and none wanted to get lessons. The result is a band that can’t play but do play, can’t sing but do sing and have no real clue what they’re doing but just keep on doing it.

That is how the press release explains it.  John Peel played them on the radio  back in the Nineties.  Andy Crichton of Snuff and Leatherface fame called them “the best live band I’ve seen in 10 years” and “punk rock in the finest tradition”.

Their absolute refusal to play local music politics meant their local gigs had dried up. They became regulars in random places like Birkenhead, Buxton, Torquay, and Aberystwyth and even managed to get themselves some gigs in the US and the Czech Republic.

The Shend of The Cravats and Vic Godard of Subway Sect  are two of their biggest fans and it is Vic who has compiled and released  “The Best of a Bad Bunch” on his label GNUinc.  It covers recordings spanning the bands 25 year non-career and is the most joyfully strange and wonderfully bizarre album you will hear all year. ( It will help if you like the Fall, Daniel Johnston, Johnny Moped and the noisier end of C86!)

The guitar sounds like Pete Shelleys on Spiral Scratch.  The arrangements are kinda like the Shaggs auditioning for a Roxy support slot.  There are attempts at Velvet Underground chug and Beefheartian schronk but overall they just sound like a band with little conventional ability improvising in a garage on surrealist songs about the ‘poverty of everyday life’. Songs about prison, skips, getting dumped, rub shoulders with crudely drawn character sketches of Bert Revert and David Christ and there are  punk rock songs of praise for Northern Soul and ‘the Drummer’ – Pellethead have had several.

The opening track ‘Social Creeper’ is one of the most catchy with it’s memorable call-and-response vocal.  The first vocalist tells the story..

Social stopped my dole
Identity’s been stole
Seems I’ve got no soul
My life’s in a hole
Girlfriend went astray
Took her love away
So, I smoke a J
Take the pain away

Whilst the second replies to each line with the Ha-Ha-Ha’s and Titters at the start of this piece.  His delivery is very reminiscent of Carry On comedy actor Jack Douglas  ( he of Wu-Hey! fame)   It. Is. Mental.  But Funny. And has all the scrabbling urgency of ‘Times Up’ or ‘Kicker Conspiracy’.  The backing vocals become more mad as the song progresses until they are practically animal noises…

Other songs have wolf-like howls, dog-like barks, monkey-noises and ridiculous falsetto’s, phoney American accents and when a line ends with an extended hiss-sssss the singer whispers “Said the Snake”.  It’s child-like and daft…. or immersive and surreal if you want.

‘Here Me Now’ is a bit darker and puts me in mind of Johnny Vegas singing with a CBGB’s band!   the video frankly, just makes it seem weirder than ever!

There is a bit of a Krautrock vibe to Skips;- which reminded me of th ‘Faith Healers but is probably a Can riff given the Pellethead treatment.

An “Are you looking at me?”  Taxi Driver impressions crops up in another song, whilst Alan Bates and Hayley Mills make an appearance in David Christ.

God is addressed directly in the epic ‘the Drummer’ in which they are presumably asking ‘the Lord’ for a drummer who will stay with the settled line up of guitarist/singers.

Cornerhouse Blue at almost five minutes is a marathon tale of love-lost in Shangri-La’s style – only the narrator is a Johnny Vegas type character who is “On drugs, had 13 pints” and is lost and dumped in the Red Light District  ( a very Carry-On style ” Oo-oooooooh!”  follows mention of the place).

‘It’ is the only song which is actually dissonant and angular, the rest are actually pretty tuneful, for self-taught musicians.

Pellethead don’t actually sound like the Fall – but there is a spiritual kinship there: the way they create their own surrealist landscape out of the building bricks of pub, prison and doctors waiting room.  And the music, dustbin-post-punk, fits perfectly and is never boring, constantly intriguing, funny and disorientating… a bit like life.

Pellethead are like a band which formed only in the freaky mind of a young Vic Reeves for a sketch on his original Big Night Out, but was rejected for being too strange. Just a bit too odd. The idea was encased in a pellet and discarded.  It took root in Middlesborough and grew from there …

Pellethead also made me think back to Brian Eno’s brilliant Jon Peel Lecture from 2015 – where one of the main points was:

Children learn through play, but adults play through art. So I don’t think we stop playing. I think we just carry on doing  it, but we do it through this thing called art.

Pellethead have a knowing innocence and their art is very like children-playing. It’s messy, noisy, makes up its own rules and is a lot of fun.

If any of this makes sense, then you ought to get hold of this album.

Buy the Album from the GNUinc Bandcamp.