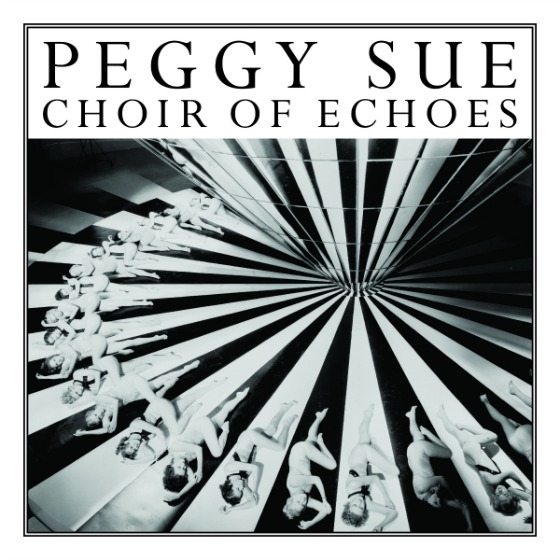 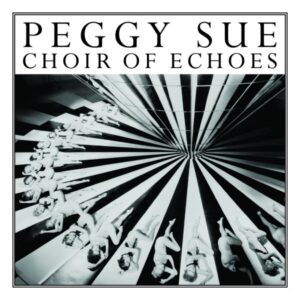 Somewhere between folk, choral pop and indie is the new album Choir of Echoes from Peggy Sue. Sarah Lay takes a listen.

Opening with the spectral choral harmony of Come Back Around, Peggy Sue set out on new album Choir of Echoes as they mean to go on; with an atmospheric celebration of voice and melody.

Throughout the album we get a range of vocal harmonies, dulcet guitar and skittering rhythms. Even at it’s darker moments this is an album of lush beauty. The deeper tones of Esme focus in again on the echoing chants of voice, the slight fuzz around the edge as Katy Beth Young and Rosa Slade lift their voices as one.

As the album gathers pace we get the sort of tumbling chase of jangly guitar that is made for staring up at clouds scudding across clear skies, that is made of the memory of sun-kissed skin. Substitute and Figure of Eight both trip this airy summery indie pop without coming close to being generic thanks to the healthy dollop of post-folk they’re served with.

We get a full dose of bluesy-lament with How Heavy the Quiet that Grew Beneath Your Mouth and Mine.A quiet track once again letting the vocal take the spotlight and lead the melody.

But Peggy Sue feel no need to stick to the indie or the folk. With Longest Day of the Year Blues they bring us Tremolo guitar swooning so hard it’s right on the edge of beauty. This is a quiet, retro-tinged number; the last dance of a ’50’s Prom as remaining couples shuffle feet through dancefloor debris and somewhere on the sidelines emotions spill over. It’s a swaying, soaring slice of gorgeousness.

Then with Idle choral harmonies come together with religious overtones. A chanted refrain, the vocal as pure and bright as the understated backing is cast in rock n roll shade.

With As Always Is more proof is delivered, as if needed by now, that this is a band finding their artistic strengths without losing the hook to pull you to the dancefloor. The Americana lilt to the chorus is chased by a playful and warm riff, Olly Joyce’s drumming enticing you to move.

Closer The Error of Your Ways builds into a rich concotion of layers – that sultry guitar, that delicious vocal, that tumbling beat, the subtle brass – a song both strong in delivery but delicate in form.

Choir of Echoes is an album of love, sweetly sung and mixing the best melodies of folk, indie and choral pop. An album to shine a summer’s light into the depths of winter; a gorgeous lush offering from a band growing better by the album.

The band have UK dates in April:

All words by Sarah Lay. You can read more articles by Sarah on her Louder Than War author profile. Or you can find her on Twitter.