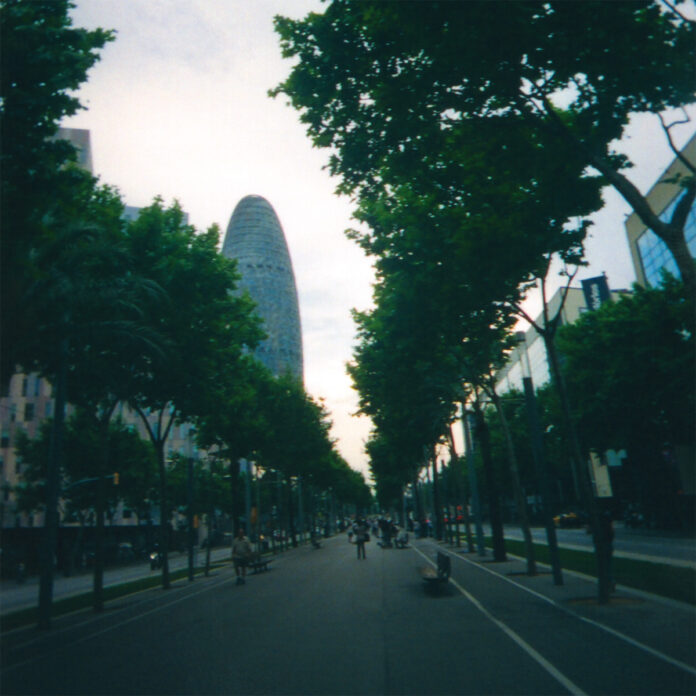 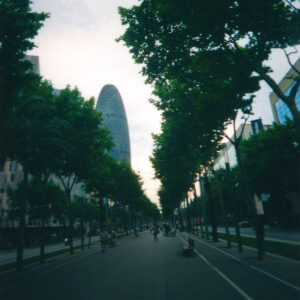 Sheridan Riley debuts Peg, her brand new psych-rock solo project, via a split with Hand Habits, who feature the dreamy psych-guitar and vocals of Meg Duffy. For Louder Than War Nat Lyon reviews.

A major two-for-one score was released by Eschatone Records on 25 February- a split EP by two very gifted songwriters and musicians, Sheridan Riley (Peg) and Meg Duffy (Hand Habits). These are two very different bands, with two very distinctive sounds.  The EP is a double A-side release, consisting of Peg’s Living With Abbreviation and the Hand Habits side entitled Small Shifts. One from the west, one from the east, this EP provides  a great snapshot of two very innovative writers.

Living With Abbreviation by Peg provides four songs that showcase the range of songwriting and musicianship of Sheridan Riley and her steady collaborator Dylan Wood, which has been previously described here.  There is a lot of lyrical, personal, and musical data packed into these four songs, as well as some excellent guitar work. Peg is a difficult band to classify – the influences range from 1970s California folk-rock to punk / noise. The pulse is quick, even when Riley is singing a “slower” song like Dignity (What’s Close). And it’s a very cool trick when a band can shoehorn all of these elements into a 3-4 minute long song. Actually, it’s pretty daring- but in this case brilliantly performed.

The opener, Take Too Much (above), illustrates Riley’s songwriting approach. The intro consists of folk guitar, a voice, and a stray electric in the background.  And then, very gently, a ton of fuzz and percussion fall into the mix, and you realize that folk and lo-fi are pretty far from this equation.  The song ends in a psychedelic spiral and noise.  Nice one.  In a similar vein, the closer, Every Reason, is a psych-rock torch song, that for some reason  involves a cockring. The song starts softly as the case for disappointment is lyrically presented before the velvet wrapped guitar anvil of truth falls.  It falls hard, and falls beautifully.  Every Reason is extremely well arranged and performed – showcasing Riley’s attention to engineering and sonics, as well as sentiment. Peg is a musical collective- and there were five musicians that contributed to Living With Abbreviation, but it’s Riley that carries most of the load.

Sheridan Riley, very much like Meg Duffy, writes about living in a very rich, yet realistic inner-world. The themes of both writers on this release are similar in that “things are often less than great, but I’m ok, I guess” kind of way, and the imagery is creative. Indecision, mild indifference, and annoyances are at odds with self-confidence and moving forward.  For both Riley and Duffy both sides can often come out on top. There is never a win/win situation. But that’s where the similarities end.  While Peg paints the musical backdrop of Living With Abbreviation with broad strokes of distortion and precise arrangements, Small Shifts wraps the world in a very comfortable gauze of delays, reverb, jangle and phase shifting. 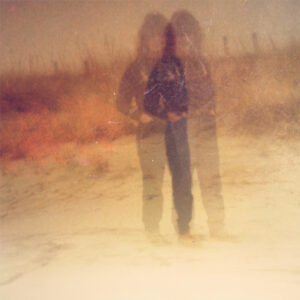 Meg Duffy has been a fixture, as a guitarist, in the Hudson Valley indie scene and with Hand Habits forms the core of a very tidy, talented, and evolving four-piece band.  The Small Shifts side of this EP might at first seem somewhat daunting- it consists of one 6-minute long song and one 9-minutes long. You might think a major commitment is required to appreciate Hand Habits, but you will be surprised.  Duffy’s reverb-drenched voice, acoustic guitar, and electric noise hanging out in the shadows, are a transportive device.  You can sit and listen hard for the subtle electronics and try to untangle the lyrics, or you can put it on and drift through the day, just like Duffy’s wandering voice.

Small Shifts blends modern folk arrangements with some lush psychedelia- especially during the last four minutes of the closer, Bloom. The first half of Bloom is an alt-folk song of hopeful despair, with a mournful chorus and organs strolling the periphery, before the band gently falls (or bravely leaps) into a drone/feedback/improv groove that is incredibly tight- and easily sheds the notion that this is a lo-fi-alt-folk-rock band. Hand Habits comes at you in very gentle, but very strong waves. The reverb and delay on both Be Yr Man (below) and Bloom create layers of haze, behind which the arrangements gracefully, yet unpredictably shift gears- in that Yo La Tengo meets the  Velvet Underground sort of way.  While Bloom is a 9:26 song, it has two very distinctive sections- which could easily be mistaken as different songs.  But there is no mistaking Duffy’s unique voice- or the unique sound and arrangements of Hand Habits.

The Living With Abbreviation / Small Shifts split is one of my favorite releases of the year so far- and both bands are two very different sides to one very precious coin.  The lyrical songwriting of Riley and Duffy lives in the emotional grey area of reality, where feelings are stated plainly, even if the words don’t make sense.  Musically, both artists are charting new territory by very cleverly bending the rules and bucking current  trends.  This is a great preview for (hopefully) the next full-length releases from both Peg and Hand Habits.

You can stream and should purchase the 10-inch vinyl EP and digital versions at: music.eschatone.com.

All words by Nat Llyon. Find his Louder than War archive here and on Twitter.